Lena Dunham's Jewish Boyfriend Quiz And The Truth About Anti-Semitism 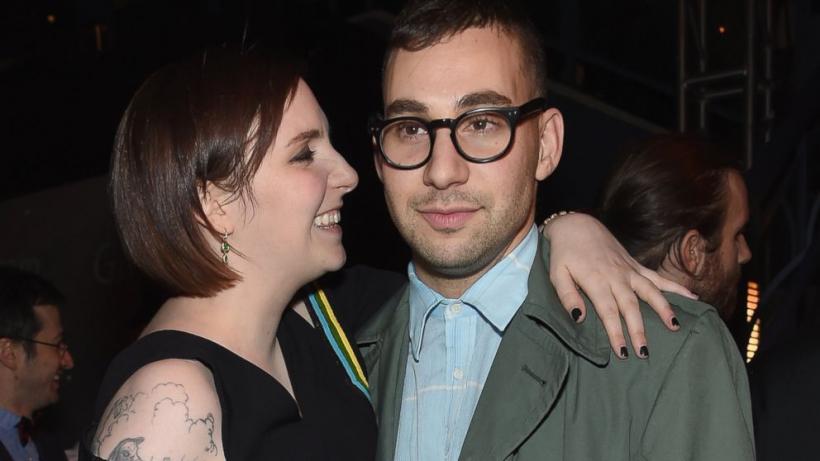 The abolition of anti-Semitism isn't a one and done thing; it's an ongoing consensus. Maintaining that consensus is important.

The controversy around Lena Dunham's latest piece in the New Yorker illustrates this point. Dunham wrote a quiz in The New Yorker comparing her dog to her Jewish boyfriend, and then sat back to watch the media firestorm. The ADL condemned the piece as anti-Semitic, as did the right-wing tabloid hucksters at Breibart. Eliyahu Federman at USA Today, on the other hand, argued that as a Jew, Dunham's piece fit into a tradition of self-mockery which undermines stereotypes (such as the idea that Jewish men don't tip.)

Some people thought Dunham's article was anti-Semitic; others argued it was not. But nobody, that I have seen—on left or right—attempted to defend the article on the grounds that Jewish men really are in fact bad tippers. Nor did anyone argue that, by bringing up the issue of anti-Semitism, those charging anti-Semitism were the real anti-Semites because true egalitarians don't see religion, or race, or Judaism. David Remnick, the New Yorker editor (and a Jew himself) flirts a little with the deflection tactics and counter-accusation rhetoric of anti-anti-racism when he says that "considering all the real hatred and tragedy in the world, the people getting exercised about the so-called anti-Semitism of this comic piece, like those who railed at Philip Roth a generation or two ago, are, with respect, howling in the wrong direction." But it's very low key, and hardly has the politicized ideological venom of, say, MRAs insisting that they are the victims of real sexism. Certainly no one, on any part of the political spectrum, seems interested in using Dunham's article as an example of the way in which the goyim are silenced by the illegitimate grievances of Jewish people.

That's what I mean when I say that anti-Semitism has been abolished. There are still, in the U.S., people who hate Jews; there are still, and probably always will be, individual slurs against Jews, and even of violence against Jews for being Jews. But American identity and goodness in the post-World War II context is based in large part on U.S. opposition to the Nazis, which means that anti-Semitism has been defined as uniquely un-American, and uniquely evil. In addition, the right—which remains committed in many respects to white identity politics—is very invested in the state of Israel, and is enthusiastically anti-anti-Semitic. For these and other reasons, there is no, or very little, ideological space in the current U.S. political system for people to defend anti-Semitism as a political platform.

The abolition of anti-Semitism in the U.S. doesn't mean that anti-Semitism is abolished everywhere in the world. Nor does it mean that anti-Semitism is banished forever in the U.S. as an ideological force; prejudices come and go, and there's no cosmic law that says that America can't go back to hating people it used to hate. Obviously, everything having to do with Israel and its neighbors is extremely volatile, and changes there could have repercussions on political attitudes towards Jews on the right or the left.

At the same time, though, it's worth realizing that the consensus is politically powerful—and that, like any power, it needs to be wielded with some care. The fact that everyone agrees that anti-Semitism is wrong can be used, and has been used, as a club against other marginalized groups—most recently Muslims, but in the past, and still today, African-Americans. I not infrequently see Jewish people suggesting that they cannot be racist, or that they have overcome the equivalent of racist oppression, because they are Jewish. The problem here is, again, that anti-Semitism has been abolished, while racism has not—which means that anti-Semitism is not in the U.S. an effective form of political oppression, while racism is. I think it's important for Jews to keep those distinctions in mind if they want to be true to their own history and identify and work for the oppressed, rather than for the oppressors.

Finally, in that vein, thinking about the abolition of anti-Semitism can help America imagine what it might mean to abolish other forms of hatred and prejudice. There probably will never be a time when racism, at a personal, individual level is banished, just as there are still, today, people who use Jewish racial slurs, and mean them. But you can, maybe, envision a time when no one defends the shooting of an unarmed black man because the man is black, just as no one today would defend the shooting of an unarmed white Jew using justifications about how those people are greedy, or criminal, or dangerous. I don't think that Dunham's piece was anti-Semitic, but I do think that it's a good thing that people take anti-Semitism seriously, and want to make sure that it gains no political or ideological purchase. I wish we could care as much about other forms of prejudice—and by so doing, abolish them as well.