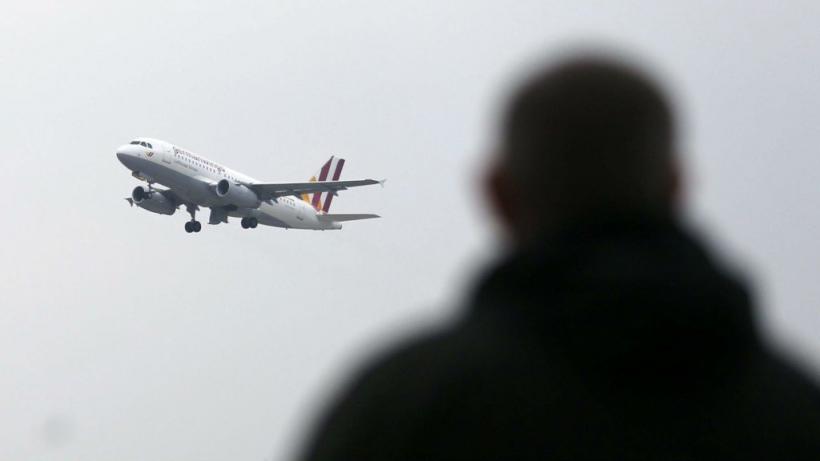 Quickness to explain this tragedy by labeling the co-pilot as "depressed" or "anxious" could serve to further stigmatize and discourage openness and treatment for these common human conditions.

On March 24, Germanwings Flight 9525 crashed in the French Alps. All 150 people on board were killed.

Though the story is still developing, some of the chilling facts leading to this latest horrific airline crash are now widely known:

On Friday, as I sat watching the CNN coverage of the Germanwings plane crash, the talking heads were reporting that the co-pilot had been diagnosed with “an illness.” The details were not released, but they openly speculated that it was depression or anxiety. As the news cycle continued, The Wall Street Journal released an article indicating that Lubitz was suffering from depression, and that he had hidden this from his employer.

Naturally, when confronted with horrific tragedies like this, we seek answers and explanations. How could this happen? What could we have done differently? And what can we do to prevent this from happening again?

The media presents information as it gathers facts and details. And we sit and listen and take it all in.

As we process this one, we should be aware that if the media or we, in our own conversations, spin this to imply or conclude that people who have depression or suffer from anxiety—the so-called “mentally ill"—are dangerous to others, or that it was the co-pilot’s depression or his anxiety that “made him do it,” we risk of compounding the tragedy.

This line of thinking—conflating the acts of a psychopathic sociopath or mass-murderer with someone suffering from depression or anxiety—serves to heighten the stigma for those dealing with these common mental health issues.

This would be no good for anyone. Because if we tell or understand the story of the Germanwings co-pilot in this way, we risk further stigmatizing mental illness, promoting misunderstanding of mental health issues, and perpetuating the myth that people with diagnoses of depression or anxiety are more likely to perpetuate violence and abuse upon others. The truth is that people suffering from these mental illnesses are far more likely to be the victims of violence than its perpetrators.

Conflating depression and anxiety with mass murder is a dangerous thing to do. As my colleague Christopher Anderson explained in an online exchange we had:

Depression ≠ Murderous IntentDepression ≠ SociopathyDepression ≠ Justification for taking the life of another human beingHopelessness is what can drive people to sometimes act in irrational, desperate, and destructive ways, not depression. Depression doesn’t impact a person’s morals or ethics with regards to how they treat others. If anything, depression makes it more likely that someone will attack oneself instead of lashing out.

At the crux of this issue is the tension between the fact that on the one hand, while suicidality and potential for inflicting self harm is a real risk of depression, mass murder is not. But on the other hand, people feel—rightly or wrongly—that if someone is in enough pain and feeling isolated, they can be driven to violence and to cause harm to others.

In my own experience, the inwardly turned pain of depression is markedly different from a psychosis that may lead one to seek to do harm on others. As Dr. Anne-Marie Albano, director of the Columbia University Clinic for Anxiety and Related Disorders, explains, anxiety and depression are not uncommon conditions, and neither correlates to an increased risk of homicide:

“Your grocer, mail carrier, taxi driver, best friend, broker, physician, child’s teacher, personal trainer, police officer, and barber are likely to be experiencing some level of an anxiety disorder or depression.  One in seven individuals have anxiety; one in twelve have depression [lifetime statistics].

That is not to say this is a simple issue. It’s not.

Individuals with psychosis can also experience anxiety and depression, and there are many factors, both internal and external, that could cause someone to act violently.

As Dr. Andrew Solomon and I recently discussed, one aspect of mental health that makes it complicated is that there may be a point when someone becomes so far gone that they can become dangerous to themselves and dangerous to others.

“Any illness is dangerous and some can be deadly if left untreated. We can and should be able to discuss the idea that mental illness, if left untreated, can endanger not only the person suffering from it but many others, without in any way stigmatizing mental illness. We also have to separate the act itself—in this case a terrifying act—from the illness. They may be correlated, but no one is talking about causality and certainly not about inevitability. As a society, we need to make sure that pilots like that one get help before their actions result in tragedy.”

My personal view of depression and anxiety is that everyone’s brains are different and there is a very wide spectrum to what we like to think of as “normal;” far wider than many think.

At the extreme ends of the spectrum, it is easy to talk about what we know and what is right. For example, no one would want a blind, paralyzed person to fly an airplane. In that same way, we can all agree that we wouldn’t want a psychotic sociopath to fly an airplane.

But at the margins, this becomes a far more complex issue. “Normal” includes a whole range of mental health—including those who, like so many, are dealing with the spectrum of depression and/or anxiety. We do a disservice if we conceive of this issue as if there are, on the one hand, a class of dangerous, fragile, handicapped “depressed people over there,” and, on the other hand, the rest of “us,” over here. It is all of us.  As my friend, Doug Wagner, so aptly summarized:

“We all have the capacity to be mentally healthy and mentally unhealthy because we are human. Not ‘them’ but ‘we.'"

If we intend to move forward, labels and misleading generalizations don’t help; they make the situation worse. As my colleague Andrew Smiler put it:

“Of course the story will be that he is mentally ill, and by implication mentally instable. It’s the same story we usually get when some guy in the US decides he can’t take it any more and opens fire in a shopping center before either killing himself or forcing the cops to shoot him. Because if the killer fits in the “mentally ill” box, then we need not think about all the stresses that modern society puts on a person, why a person might choose to kill other people as part of their own suicide, or why it is almost exclusively men who kill uninvolved others as part of their suicide. Those would be cultural problems, but labelling him as mentally ill hides all of those issues.”

Indeed, if the result of incidents like these is to mislabel those with depression and anxiety as necessarily dangerous or violent, the result will be more suffering, both by those who avoid treating or addressing these issues and also by society at large. As Dr. Solomon explained in his discussion with the Good Men Project last month:

“The stigma is still a huge negative. It makes it harder for people to admit to having a problem and seek treatment. There is stigma around the condition itself and around seeking treatment. For example, if you look at job applications, they ask “Have you ever had cancer? Have you ever had heart disease? Have you ever been treated for a mental illness?”The stigma around treatment is incredibly dangerous. I believe the FAA still has regulations that say you can’t be a pilot if you are taking antidepressants. Does that mean that we don’t have any depressed pilots? No. I suspect it means that we have some pilots who are depressed and unmedicated. And that is not actually conducing to our safety in the air. It’s an idiotic way of going about things.Depression is exhausting unto itself. And adding to it the burden of secrecy makes it only more exhausting. It’s not a clever thing to do.”

We will never know why Andreas Lubitz took his own life and 150 others. What we can do is foster an environment and society where mental health issues can be as openly spoken about as physical ones.

As we seek answers, let us remember our humanity. And let’s take care to treat these subjects and our fellow humans with compassion and kindness in a way that encourages openness and treatment rather than stigmatization, isolation, and mistrust.

Thank you to Lisa Hickey, Lisa Duggan, Tom Fiffer, Doug Wagner, Andrew Smiler, Christopher Anderson and Dr. Anne-Marie Albano for their assistance with writing and thinking through this piece. Thank you also to Dr. Andrew Solomon, whose views on the subject matter of depression continue to inform my own thinking.

If you like this article, please share it! Your clicks keep us alive!
Tags
Germanwings
pilot
mental illness
good men project