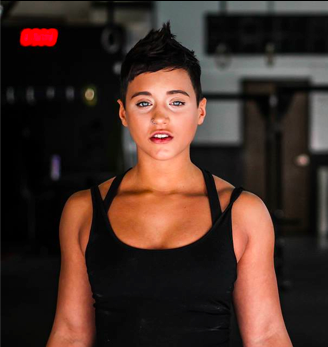 Beauty and strength are not antithetical. They are harmonious. Don't call me the, "Cutest Weightlifter"

Four years ago, I not only entered the national weightlifting scene, I also crossed the threshold into the land of the internet. GIFs and memes captured my most unflattering movements, Tumblr artists offered their best renditions of me. Buzzfeed compared me to a certain Caucasian rapper, and Pop Hangover declared me the “Cutest Weightlifter.”

While the originator of this title may have believed it to be a compliment, I interpreted it as nothing short of objectifying and sexist.

Behind the pairing of those words, "cutest" and "weightlifter," lies an implicit irony, an irony intended to juxtapose mental images that render the qualities of daintiness beside that of brutishness. Contrary to that implication, the qualities, beauty and strength, are not antithetic. They are harmonious.

Through the centuries, women have battled discriminatory social norms, antiquated laws, and oppressive counterparts. We’ve won fights for suffrage, marriage and dating liberties, the right to work, equal compensation, and the honor of serving next to our brothers. With each conquest, we have shattered a piece of our self-diminishing societal conditioning, and have begun to embrace our beauty, knowledge, ability, power, and strength.

These victories are perhaps most frequently seen in the world of athletics, as women strap on their helmets and take to football fields, as Ronda Rousey clears out fight rings one strike at a time--but their celebrations are often shadowed by ugly objectification. Athletes of the rebranded Legends Football League (formerly the Lingerie Football League) must tackle each other in their uniforms bikini tops and cheeky underwear. Individual athletes, like Ronda and the Williams Sisters, can’t enter the competition stage without announcers picking winners, for the match and the ‘hottest’ look.

My internet semi-stardom did not come without my sexuality being debated and my attractiveness rated in public forums, nor without vulgar images of my avatar being sodomized by a barbell.

This idea, that a woman can't reach success in sports without society examining it through sex-tinted glasses, is crushing us. Women and men alike, athletes and non-athletes, should be applauded for their determination, will, strength, and passion--without their accomplishments being degraded and belittled by such vulgar and sexual condemnations.

Just as an ocean wave is at once beautiful and powerful, so too are we athletes. It is time that we wash away these demeaning gendered constructs and make room for a new symbiosis of the sexes; one wherein the lexicon of society which privileges “cuteness” over strength is swept into mere memory.

If you like this article, please share it! Your clicks keep us alive!
Tags
the conversation
weightlifting
sexism
gender
Inequality
gender inequality in sports