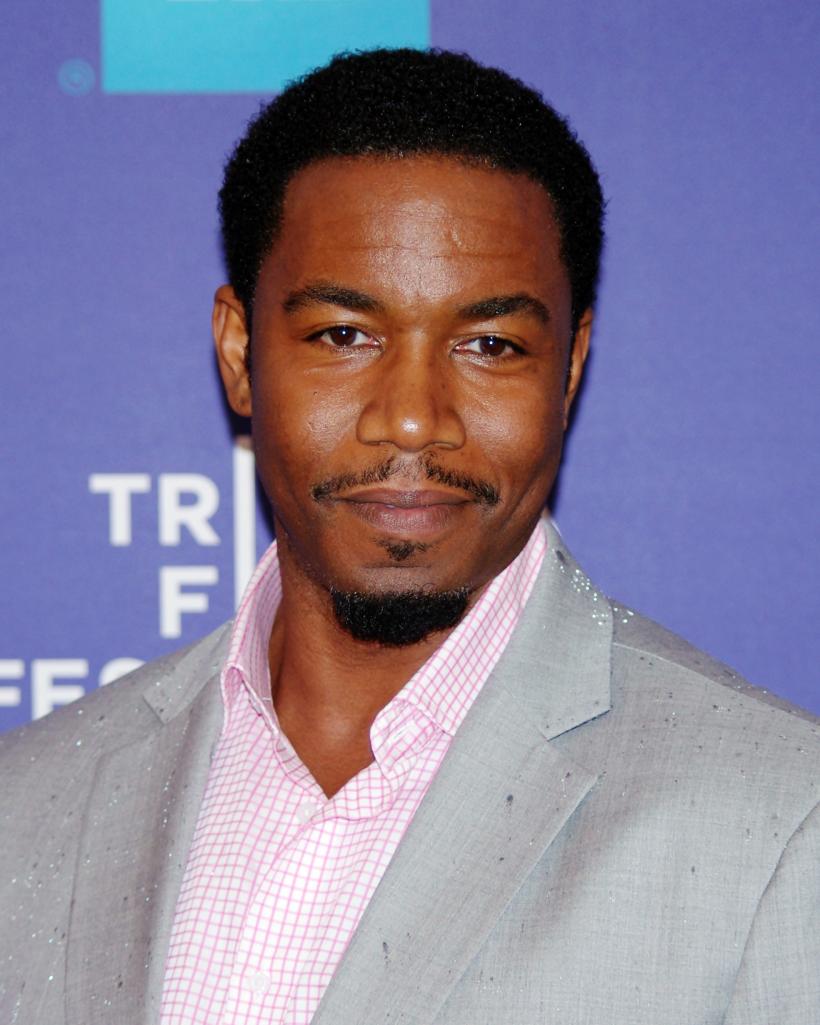 Actor Michael Jai White penned a letter on Facebook to his ex-girlfriends apologizing for his behavior in the past as he played his least profitable role yet: Alpha Male jerk. He wrote this letter because he has found himself in a relationship with a woman who managed to steal his heart. Somehow, this super woman has proved to him that she’s worthy of getting the most basic things in a relationship: affection and attention.

So Michael would like the rest of those he’s dated to know he’s sorry that they were not enough to get these simple ass minimum ass things that a romantic partner should be able to provide. Please congratulate him, because clearly he wants a cookie for finally learning to be an adult. This is a 47-year-old man who has been married before, mind you.

This letter does not get props from me at all because these are the words of a recovering douchebag who thinks he’s more recovered than he actually is. This letter is self-congratulatory for no reason, because this “apology” does nothing more than make him feel better about being a terrible partner to women his entire life. This letter places the onus of his past assholery on his exes, and what it seems to say is that they were not deserving of the true love he just learned. This is fake introspection at its finest because he is still using women as crutches.

What is his purpose here? What is this supposed to do for the women whose hearts he’s broken over the years because he thought they asked for too much when they asked him to fulfill some basic love languages, like nice words and acting like he gives a damn?

In all my years as a grown man I knew, without a doubt, that women were different than men and required a gang of emotional attention. I came to the resolution that part of a man’s role was to endure women’s emotional neediness by patronizing them much as you would a child: “Yes, Dear, I’m listening,” even though this is some rhetorical BS. “Of course I miss you,” even though I just saw yo’ ass a little while ago! “I see you’re calling me”… even though I just F*^#ing talked to you 20 minutes ago!

The real BS here is that he starts this letter off comparing women to children, implying that needing attention is childish. Apparently, we should all be more like robots. Any letter that starts off this condescending is not trying to appease its subject. This was just the beginning of his masturbatory message to his past likes (I can’t call them love because he is incapable of that, it seems).

As a man, you have to deal with hand holding, “yes dearing,” and freaking cuddling! I endured this for years until my relationships reached their natural demise due to some natural chemistry flaw between us or the woman’s natural chemical imbalance–yes I said it! I believed ALL WOMEN WERE CRAZY and the only choice a man had was to decide exactly how much crazy he’s willing to deal with to sustain a relationship.

OMG THEY WANTED HIM TO CUDDLE! WHAT MONSTERS THESE WOMEN HAVE BEEN! This man then talks about women being chemically imbalanced and “crazy.” Michael must have gotten his degree from the Tyler Perry School of Butthurt and Wrong Ways of Looking At Life. It’s a division of Everest College, in case you haven’t heard of it. You know why some folks are crazy? Because men like this try to gain their affection and when they give it and want it back, they’re called needy. “I believed all women are crazy.” And all men are dogs! See? I’m already stooping to his level and this letter just started. Let me move on.

It’s crazy to think I, as a man, would ever want to spend every waking moment with a woman, to be all-up-on each other constantly, to talk endlessly about “every-damned-thing” and see each other “every-damned-day!” I was always the spoiled Alpha Male who didn’t have to try as hard and I dealt out advice to my brethren due to my abundant experience with women. I had Alpha Females, “Dime Pieces” with degrees and plenty of them! I pretty much got every woman I wanted, rich or famous and who could argue with my numbers? On every level, I was “The Man!” Agreed? Well take my numbers, “Dime Pieces,” and vast experience and apply it to what I’m about to say–I WAS WRONG ABOUT WOMEN ALL THESE YEARS! My [Exes] were right!

Yes, it’s INSANE to think someone would be in love and want to actually spend time with that person and see them. OUT OF THIS WORLD. There’s commitment issues and there’s what this man is showing. The fact that he could not fathom wanting to spend extended time with someone actually makes me sad for him because he’s gone this long without meeting someone who makes his soul sing. But when I was about to feel bad for him, he goes to talk about how he’s been an “Alpha Male” who was “The Man.” This is immature speak for “a professional douchebag who probably used his peen as a tool for getting women interested with no plan to cultivate a relationship.” And he manages to brag on how many women he’s basically conquered. This is why we (as a society) cannot have nice things. Because this is social collateral to display and brag about.

The interesting thing about every good argument is the shifting percentages of validity on each opposing side, but only one concept will tip the argument past the 51% and expose the unflinching reality of the truth. My new life philosophy is to look forward to being wrong because each time I’m wrong, I learn something that unlocks the door to a concept I struggled to understand. The truth is then revealed and to live in the truth is to live in enlightenment.

I am now in a relationship that I never knew was even possible. I’m in love with my best friend who I shower with endless affection, talk to all times of the day and miss the moment I leave her side. I now understand what the women of my past desired from me. They INSTINCTIVELY KNEW that love actually looked this way! Everything from the hand holding to countless daily declarations of love were not only a byproduct of the man’s emotions but it was something easily volunteered by the man who’d truly loved them.

OMG YOU GUISE! HE CAN LEARN FROM BEING WRONG! PLEASE CLAP FOR HIM. Except I don’t buy that because if he can learn from being wrong, he would have already known this letter was, even in its attempted earnest, wack. Now that he found this magical woman, he is a new man, y’all. He finally gets it. He can finally be nice to a lady. The beast within him has been tamed. Let us continue.

I simply didn’t love my Ex’s in the capacity their spirits knew organically needed to be loved. I believe woman nowadays have learned to settle for what’s FAMILIAR to love. In turn, they’ve had to decide how much of a man’s love they can live without to sustain a relationship. As we men are natural leaders in providing security, it is women who are the natural leaders in how to love. They are instinctively born with the barometer to feel when love is real. The behaviors they’ve required from men IS the behavior that is true for love.

Sir, it’s “exes.” A high comma (apostrophe) is a possessive. Women might be more open to showing emotion, but the idea that we somehow “lead” in loving is a cop-out and excuse to your failure as a man to be vulnerable. That is a weak reason to be an inadequate partner. We are all humans, and we’re ALL hard-wired to FEEL. Some of us just repress it or have society train it out of us early. But do not place the burden of love on the shoulders of women. I call bullshit there.

The crazy lesson for men is that YOU’LL NEVER KNOW HOW MUCH OF A MAN YOU CAN BE UNTIL YOU TRULY LOVE SOMEONE BEYOND YOURSELF. I can say that I am now the very best version of myself and that’s due entirely to my relationship. My perspective is clear, my goals are defined, distractions are nonexistent, my business and personal relationships are stronger than ever. I don’t feel like “The Man,” anymore. I feel like A MAN.

Congratulations, Michael Jai White. At the tender age of old as hell (almost 50), you are finally an adult with emotions. Your “Congrats on Adulting” certificate of achievement will be mailed to you on a 32nd of April.

Will all the ‘good cops’ please stand up? Help us end the killing of black men

Is the policing of black men a new sport for wealthy donors?

Jay-Z’s TIDAL: How Could A Music Genius Become So Tone Deaf?
Luvvie Ajayi