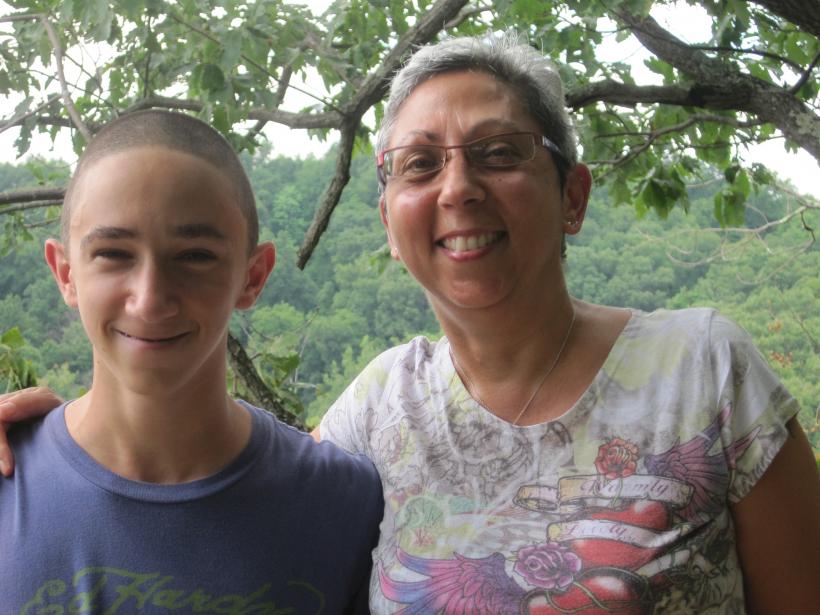 Why do we venerate individuality in adults but condemn it in children?

When David was in a toddler music class, all the other kids were sitting in a circle, dutifully singing "John the Rabbit"—while my guy was hanging upside-down from the barre. I was horribly embarrassed. Nothing I could do or say could coax him down; he loved participating in the class from this perspective. His perspective.

I think the only reason David agreed to play tee-ball was because he got to drink Gatorade and climb the dugout fence. This was an endless source of frustration for me . . . until I learned to celebrate what David was instead of being upset at what he wasn't.

David also wasn't the child taking guitar, sax, or any sort of music lessons. Boxing was more his style. At age 10, he was the only kid at Gleason's Gym with a trainer. But he was intense, focused, and driven because it was something he really wanted to do.

As David grew older, it became evident that his issues went much deeper than simply being a high-energy child. In second grade, David still wasn't reading. After a barrage of tests, it was clear he was dyslexic and had ADHD. Another source of shame for me. 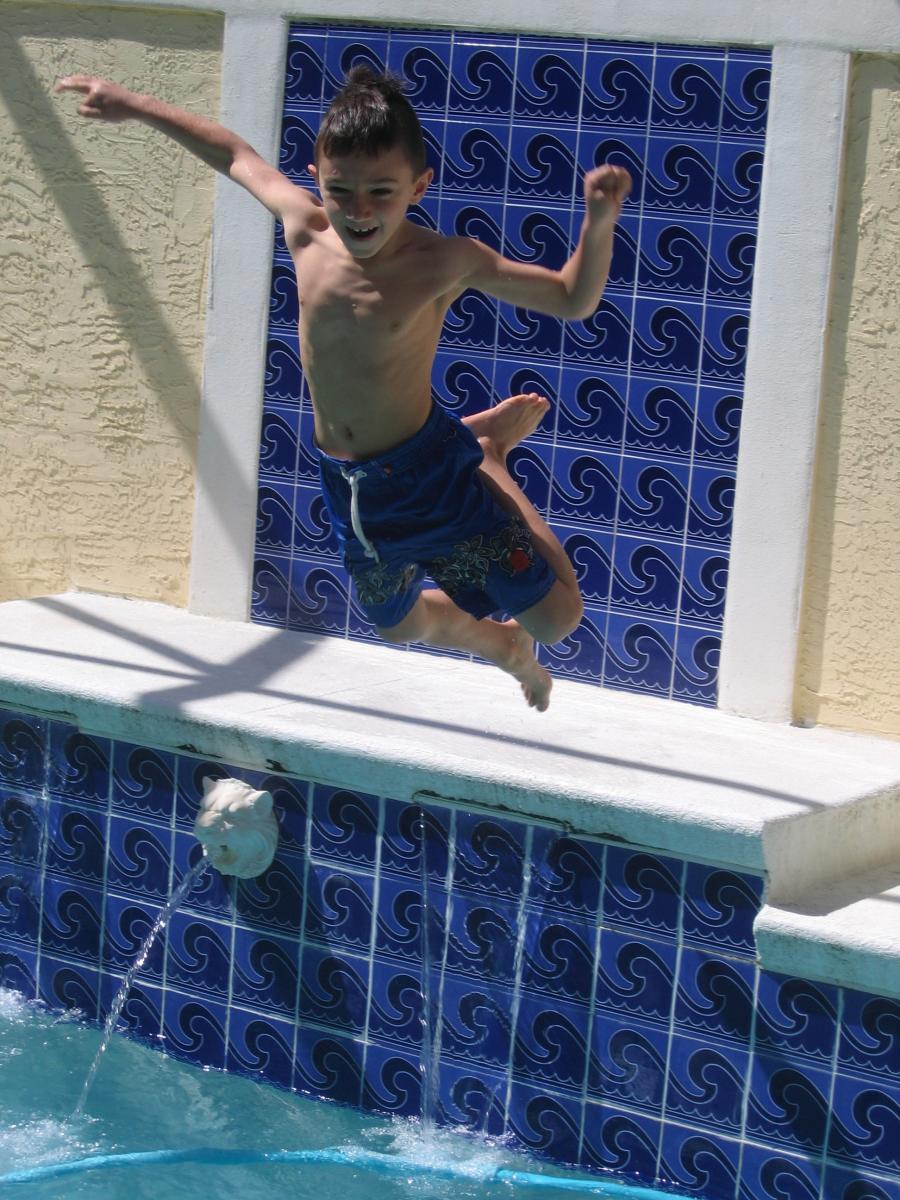 When a classmate's parent said, "Isn't it great, seeing them start to read?," I was so downhearted about the truth that I lied. Yes, it was indeed wonderful, I told SuperMom, avoiding her gaze. But David had confessed to me, "I'm the worst kid in the world because I can't read." Heartbroken at his revelation, I told David that he was the best kid in the world because he was mine. And that his dad and I would find a special school that knew how to teach him the right way.

At the Mary McDowell Friends School, David learned to read and do the things expected of him. But he still wasn't like any of the other kids. It reminded me of the line in that Springsteen song "Growin' Up:"

That was David in a nutshell. Then I began to wonder, why do we venerate individuality in adults but condemn it in children?

As grown-ups, we don't compare ourselves to others, do we? (At least, we shouldn't.) It doesn't matter if Mary sings like an angel while we croak like a frog. What's the difference if Debi makes a killer crème brulee while we can barely master toasting Pop Tarts? As adults we realize that everyone has their plusses and minuses. It doesn't make us bad people if we're not good at something.

But we seem to have a double standard when it comes to our children. Of course, we want them to be smart, polite, and thoughtful. But perfect? Who's perfect? Certainly not us. Instead, we're real. Authentic. Unique. And our kids are, too.

There's so much parental pressure to raise "model" children who conform to certain expectations. They have to be bright, quiet, athletic, curious, and so many other things, when they're still trying to find their place in the universe. They're just feeling stuff out while society is pushing all sorts of ideals on them, instead of letting them figure out who and what they are.

When I stopped comparing David to other children, the two of us were much happier. Instead of saying, "Why can't you sit still like Devon?," I would praise him for getting up (unbidden) to help his friend when she dropped a boxful of beads on the ground—and for being so empathetic and caring when the girl was so upset.

Likewise, David is extremely kind to little ones. He always takes on a soft edge when he's guiding a toddler through a Jungle Gym—he rolls through it like a cyclone when he's on his own. Parents are always telling me how sweet he is to friends' younger siblings when other kids tend to ignore them.

Perhaps it's because he had learning disabilities himself, but David was always incredibly patient (and pragmatic) when he explained how to do something. I watched in awe as he taught my friend Rick, a 60-year-old grownup, how to retrieve messages from his cell phone. There was no judgment, no being flustered; there was just information dispensed in a very practical, easy-to-understand way.

One thing that really changed my way of thinking was when I heard about a parent guide called Loving Each One Best. Although David is an "only," this book focused on treating each sibling as an individual, and loving them in your own special way because of who they are. None of this "Why can't you be more like your brother/sister?" nonsense. The obvious answer is because they're not—they're their own person. It's not that you love their siblings more; you just love them each differently.

This concept was an epiphany for me. I don't expect my friend Janet to be like my friend Maureen. I love them because of who they are, for the beautiful and distinct subtleties that make them them. 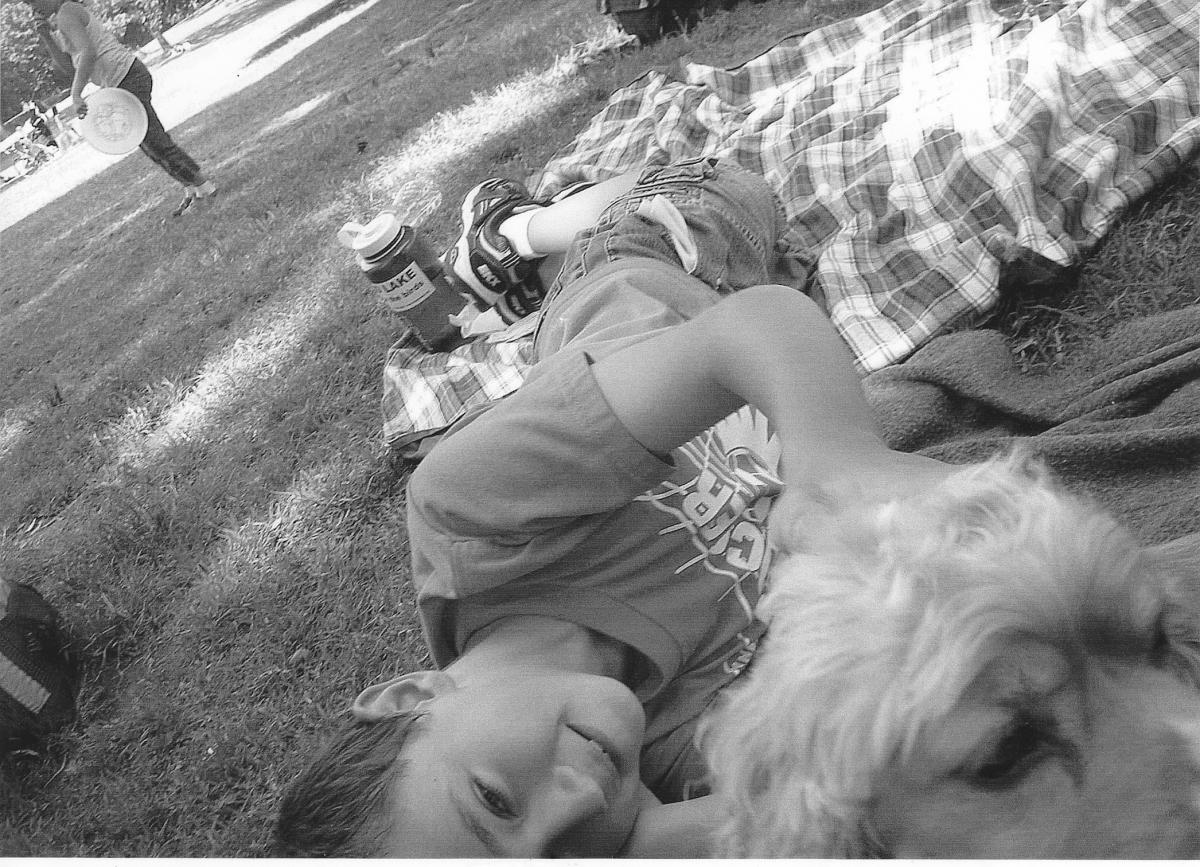 So, why did I expect David to be some unreal ideal of the "perfect" child?

Instead, now I celebrate David's differences. To bolster his strengths, I make no bones about telling him, "You were really sweet playing with Liora today" or "It was nice of you to ask Audrey if she needed help carrying her groceries up the steps."

Learning to love David for what he was, for his unique gifts, was a big turning point. Sometimes I do worry where he'll end up, and what career he'll choose. (It probably won't involve sitting behind a desk!) "Maybe I'll be a therapist and help kids with learning disabilities," he once told me. "Because I know what it feels like to be different."

If you like this article, please share it! Your clicks keep us alive!
Tags
parenting
raising a son
ADHD
ADD
essay