The Joy Of Letting Go: Why You Should Raise Independent Kids 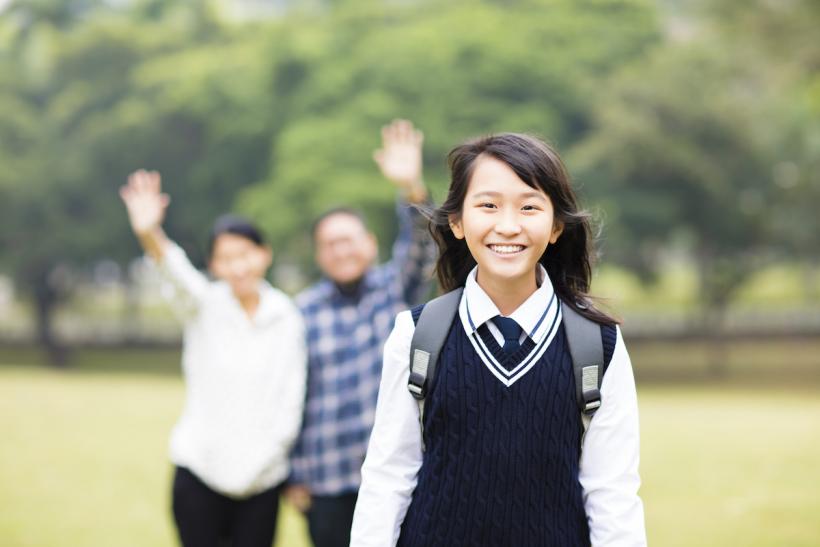 Children need to be on their own — when it’s safe and the time is right. Image: Thinkstock.

My son had a whole life I didn’t know about and that didn’t include me. It was pretty great!

Watching your child climb the jungle gym for the first time solo. Sending them to the corner store. Saying good-bye at the airport when they take a flight by themselves.

It’s so hard to know the right time for these milestones.

As a self-proclaimed “mush,” the way I’ve dealt with making these difficult decisions is letting my son David, now 16, tell me when he’s ready to let go.

I know that some parents follow toddlers like watchful sheepdogs at the playground and still walk their kids to the bus stop in middle school. But when David was about 12, he told me that he wanted to take the train to school alone.

My gut reaction was, “No way in hell!”

I mean, we live in a safe neighborhood and all, but David has ADHD and was easily distracted. What if he missed his stop? What if someone messed with him?

But I could see that this first tango with independence was extremely important to David.

My husband and I agreed to let him give the train a try. Without terrifying him, we went over all possible scenarios — what to do if he got lost, didn’t get off at the right stop, etc.

And you know what happened? Nothing bad. David came through with flying colors.

And something else incredible happened, something we never imagined: David blossomed.

Yes, David began to swagger with confidence. He was doing something very grown-up — swiping his MetroCard with tons of other Brooklyn commuters, making a journey, making choices.

He was taking responsibility for himself, maybe for the first time ever.

And little did we know that people were looking out for him along the way. One day, the crossing guard near the subway asked me if I was David’s mother.

With trepidation, I told her that I was. Oh, shit, I thought. What did he do now?

Her response? “He’s such a great kid! He’s so polite and always says hello.”

Do our kids actually listen to us occasionally? Do they learn by our example? Yes and yes.

When David and I went to a school play together, I watched in awe as he fist-bumped the security guard outside of a school near our destination train station. David had established relationships without me. My son had a whole life I didn’t know about and that didn’t include me. It was pretty great!

I was also pleasantly surprised to find out that David was turning into a solid member of society — without having to be nagged.

When an elderly neighbor told me how sweet David was, offering to carry her packages up her steps when she juggled them and her walker, I silently puffed out with pride.

My friends often say how kind David is with his buddies’ younger siblings. “Most of the other kids ignore Cody,” Lisa would tell me. “But not David. He’s really nice to Cody. Sometimes he even plays with him.”

How does this stuff happen?

Do our kids actually listen to us occasionally? Do they learn by our example?

But the thing is, children need to be on their own — when it’s safe and the time is right. To figure things out for themselves. To find solutions to challenges. To make decisions about the kind of human beings they’re going to be. To establish their own friendships. Without us.

We’re doing our children a great service by giving them a taste of freedom. Letting them run errands. Letting them be independent.

So, go ahead and let go. In the end, your kids will pleasantly surprise you.

They will flourish and grow as people. You’ll see.

If you like this article, please share it! Your clicks keep us alive!
Tags
parenting
families
Children
growing up
development
letting go
Trust