The Hidden Privilege Of "Unschooling" 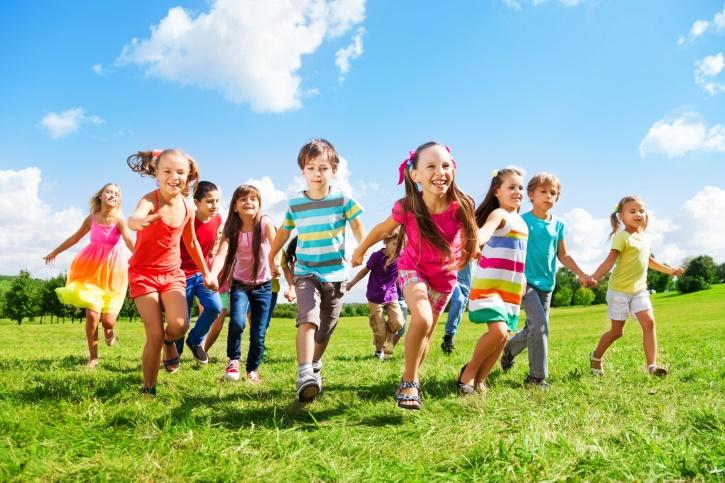 Only highly educated white people seemed willing to consider the idea that their children might learn best without any instruction at all.

But, two years ago, that's exactly what I did.

While unschooling is often incorporated into a homeschool environment, there are also schools that operate under a similar premise. Based on the Hudson Valley Sudbury School model, students at "Sudbury" or "democratic" schools are the decision-makers in how the school is run and the development of the rules. The only classes are those organized by students (and agreed to by a vote of all students at the weekly school meeting!), and students as young as 3 years old are free to come and go as they wish throughout the day.

Not surprisingly, all of my kids eagerly embraced this magical land of no school work and no mom to tell them to do the laundry or feed the dogs. I, too, was excited to see where this radical approach to education would lead us. But I was also afraid that it would backfire and leave them ill-prepared for advanced education, and perhaps even resentful of me for creating this situation in the first place.

One of my fears going into the Sudbury model was that none of my kids would learn anything academic. And, for the most part, that came to pass. My computer programming-obsessed kid learned a lot more programming, but the only other "learning" that occurred was completely at random. They watched movies, read, and had discussions with their peers, but most of their time was spent playing capture the flag or tag. There were few books at the school, and even fewer organized classes; many of their peers played Minecraft all day long.

To some degree, our time at a Sudbury school taught me to be okay with that. I began to recognize the multitude of ways that I introduce my kids to learning outside of a classroom or structured curriculum, and I also began to find value in less academic pursuits and experiences. Climbing trees and baking cookies may not be part of a structured curriculum, but I came to appreciate their importance to my kids' overall development.

Still, even if I can't pinpoint exactly what a child should know, I believe that there is a certain degree of baseline knowledge that is required to be educated. When my teenagers came home from school with stories of classmates who had never heard of Martin Luther King Jr., or who had only learned to read at 10-12 years old, I faltered in my faith in unschooling. Although technology has rendered rote memorization of facts largely irrelevant (hello, Google!), the ability to make connections and synthesize information is more important than ever. If my children failed to gain a basic understanding of the world around them, I feared that they would also lack the cultural and historical context necessary to make meaningful connections. Plus, while it's true that most of us will never use the advanced math that we learned in school, it's also true that we learned many things that stuck with us and sparked interests that led to future study, hobbies, or even life-long careers.

As time went on, I also began to recognize that there is an uncomfortable privilege lurking behind a Sudbury education. Only one student at the school was non-white. Almost all students were middle class or higher, and many came from exceedingly wealthy households. Since we had recently left an extremely poor and non-white area, I began to wonder how an unschooling model would translate to a student population with less privilege. However, all of the other Sudbury schools have similar demographics.

Only highly educated white people seemed willing to consider the idea that their children might learn best without any instruction at all.

I grew up reading the canon and talking philosophy over the dinner table, and sending my children to a Sudbury school led me to confront my own intellectual privilege. While almost all of my childhood learning occurred organically, rather than in school, that is because I was raised by parents who prized intelligence and literacy above all else.

What I failed to see before my kids attended a Sudbury school was just how integral that home environment was to my childhood learning process. It simply never occurred to me that my experience of learning almost entirely outside of a classroom was one that relied upon having educated parents and access to seemingly endless amounts of books and learning materials.

Because of my own austere childhood, I relished the idea of my children learning to value nature—climbing trees and running barefoot—and focusing on their own social and emotional development. Ultimately, however, I found that Sudbury schools are as much a victim of black and white thinking as traditional public schools. While I agree that children learn best in an atmosphere of freedom, trust, and mutual respect, and where they are given the ability to pursue their own interests, it isn't practical to expect all children to naturally gravitate toward a comprehensive education without any guidance and only limited support.

Yet, if Sudbury errs on the side of overly emphasizing the importance of individual freedom, traditional public school acts as more of an academic boot camp than a learning institution. School hours begin too early, and stretch too long, and children are taught material to take a test without any attention given to nurturing an inherent love of learning. Art, music, and physical education are relegated to afterthoughts, if they are incorporated at all. There is little focus on developing the confidence and empathy of children, much less identifying each child's unique gifts and abilities.

My greatest takeaway from our year at a Sudbury school was that, if I have to choose between sacrificing academics or nurturing the whole child, I should always default to the former. Success in life isn't measured by test scores, grades, or even what colleges my kids attend, but in the character of the adults they will become. While my goal is to give them a robust education, Sudbury taught me that education includes the personal and emotional development of my children, too. And, if anything, far more time should be devoted to learning compassion and kindness than memorizing facts.

But our year at a Sudbury school also led me to believe that completely sacrificing academics for the sake of the whole child was doing my children a disservice. Sure, it might be less of one than taking the opposite approach, but I rejected the notion that there was no middle ground that could educate and nurture my children without requiring me to make a sacrifice at all.

There is no such thing as a perfect educational model. But there are innovative educational programs that combine a whole-child focus with a hands-on approach to traditional learning, too. While these programs are labeled "alternative," there should be nothing alternative about a curriculum that engages students in their own education and challenges them to approach their social and emotional development head on.

After exploring both ends of the educational spectrum, that "alternative" middle ground is exactly where my family has flourished—and we found it in our local public schools.

If you like this article, please share it! Your clicks keep us alive!
Tags
unschooling
sudbury
education
privilege
advice
essay