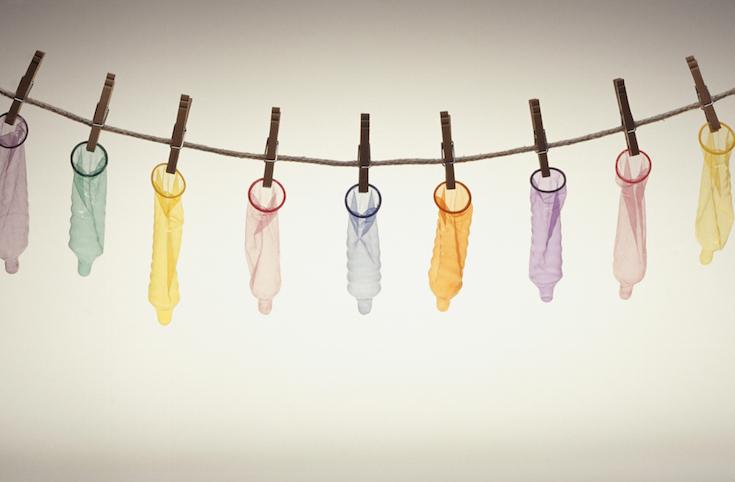 I think my 15-year-old daughter maybe be getting ready to have sex. I’m not sure but I found some evidence. She has a boyfriend and they’ve been together for a while. I’m panicking. What do I do?

Thanks for writing (emailing). I thought it might be interesting to see what a fellow teenager (who might also be having sex) has to say about this, so I asked my 17-year-old son (Sean) to give you his answers.

The first thing: Accept the fact that your kid might do something you frown upon. There's nothing you can do to stop it.

The second thing: Urge them to talk about it with you. If they expose this potential act to you of their own volition, they will be more open to your opinion as their parent.

If that fails, do not confront them yourself. If you have suspicions, keep them private. It sounds like the opposite of what you may think of as logical, but if you force the situation, your teen is gonna lie. As a teenager myself, when a conversation is brought up about me that I don't want to talk about, the phrases "no mom of course not" and "why would I do that?" are the quickest way to end a conversation — whether they are the truth or not.

Your kid is gonna do some dumb stuff. Accept it. However, creating a safe environment, that is open for discussion about these topics is key in building this kind of bond with your child. If you want them to talk to you about things this serious, they have to know they can trust you as a parent. Which, contrary to popular belief, is not a very common thing to see.

Um. Well, I'm out of a job. Sean, I see you'll be writing this column going forward. Ok? Thanks.

But seriously, Sean is on point. I'm assuming that you've had some discussions about sex in general (if not, do that now). What I would add is this: Provide birth control or access to it. Buy some condoms and hand them to her as a "just in case". Or just put out there that you're willing to facilitate her getting some birth control. Unless you want to be a grandmother. You don't have to be like, "I KNOW YOU'RE HAVING THE SEX." You can just say here you go. So you're prepared.

In Love and Cake,

If you like this article, please share it! Your clicks keep us alive!
Tags
momma bare
advice
teenagers
Sex
birth control
condoms