5 Things Friday: What Teens Want To Tell You 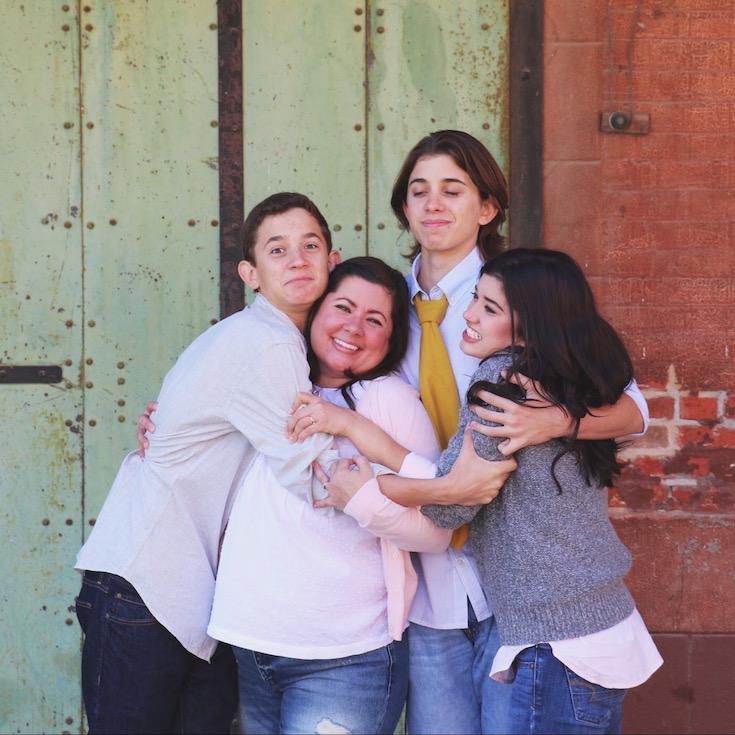 The author and her teenager children

I have three teenagers (and two toddlers, we discussed them last week). In addition to the small people and the adults, my house is inhabited by two teenage boys (15 & 17) and occasionally one 19-year-old. For this week’s 5 Things, I thought it might be interesting/enlightening/terrifying to see what they have to say. Without further adieu, I present 5 Things Friday: Teenager Edition.

1. They spend approximately 85% of their time thinking about girls/boys.

I asked my 15-year-old directly, “How much time do you spend thinking about girls?” No hesitation, he said, “Mom, 85%, maybe 90%.” I asked my 17-year-old the same question and he said, “Yeah. Maybe 95%.” That’s a lot of time. And it might be hyperbole, but what I think is important to note is, regardless of the actual number, they spend a whole ton of time thinking about their boy/girlfriend or the person they’d like to be their boy/girlfriend. The 15-year-old turned the tables and asked me about how much time I spend thinking about my husband. I’m estimating a generous 5%. No offense dear. We just aren’t in the 85%.

Every teenager I asked said unequivocally, “School is hard.”  A couple of them said hard ‘AF’ (which means ‘as f*&k’, in case you aren’t up on the lingo). I think it’s easy to forget that school really is hard. Homework, tests, projects, it all adds way up. The AP test seems like your life probably actually depends on it.

I mean, really it’s adulthood that’s hard AF, but they don’t know that yet.

Every time my 17-year-old has a concert or performance (which is a lot of the time because he does a lot of things) he says, “Oh you don’t need to come. It’s ok mom.” That’s a lie. It’s not ok. They understand if you miss some things, but in the greater picture they really do want you there. They want you to say, “I love you,” and mean it. It matters. They will also say you’re embarrassing and annoying, they will probably mean it.

They want you there anyway. It’s important AF.

They probably aren’t going to tell you if they are already, or are planning to have sex. Even if you ask. Even if they are doing it in your living room while you’re at work. You can ask them. And I do often. Which is actually pretty fun, because they do not like to hear parents say things like penis and vagina and sex, and especially intercourse. They hate that one.

However, if you supply them with birth control they will be grateful. AF.

5. Regarding semantics and slang.

If they tell you they don’t say AF, they are lying. They are also saying, bitch, shit, damn, goddamn, dammit (and any other variation of damn), also all the other foul language that exists. There is no swear jar at school, and if there were, they would not use it. It’s just part of the teenage thing. Surrender to it.

And by request a handy slang translator:

Bae- your love interest. They may or may not be “on fleek.”

Bye Felicia- use this when you don’t care that someone is leaving, or you want them to.

Basic- well… basic. But in an insulting tone.

TBH- acronym for ‘to be honest’ (which they often are not)

*don’t Google it until you’re ready, or maybe just never...

If you like this article, please share it! Your clicks keep us alive!
Tags
parenting
teenagers
5 things
Kids
Sex