Turning The Other Cheek To Incest: The Josh Duggar Scandal 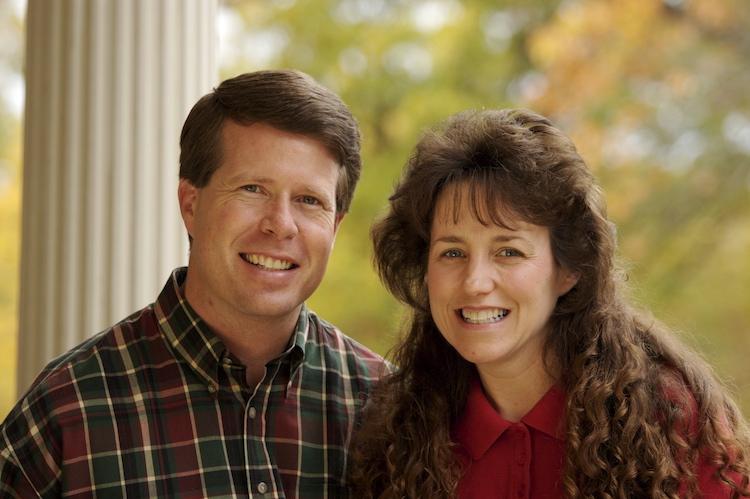 Make no mistake: Josh Duggar is the one and only person responsible for molesting his sisters. But it's naive to pretend that the environment in which he was raised had no impact on his actions.

It turns out that Josh Duggar, the oldest of the Duggar kids, has admitted to sexually assaulting five young girls, some of whom were his sisters.

When news like this breaks, I would like to believe that the story will end with details of his arrest and conviction. But this is America, where pedophiles who molest strangers are reviled, but brothers who fondle their sisters are largely "forgiven" after they apologize and make their peace with God. There will likely be no arrest, no jail time, and no repercussions whatsoever for Josh Duggar, and it would be shocking if his story wasn't repeated every single day in homes across the country.

I wanted to believe when I first read the news that his wife, Anna, didn't know before she married him. But he told her. She knew. And she married him, and had baby after baby with him, knowing that only a few years prior he had admitted to sneaking into his sisters' bedroom and sexually assaulting them. Multiple times.

It's tempting to blame Anna for not protecting her children. But I have to ask myself how Anna came to believe that molestation could be excused by a few church therapy sessions and an "I'm sorry." The answer is probably because she, like Josh, was raised in a subculture of religious fundamentalism that demonizes almost every form of sexual expression.

I've only watched 19 Kids and Counting a few times, but my teenage daughter has seen every episode. I asked her today whether she has ever seen them talk about incest, consent, or healthy sexual expression (outside of marriage). She couldn't recall a single instance. Yet, off the top of her head, she was able to rattle off their opinions and rules about pants, Internet usage, monitored showers, masturbation, homosexuality, and even courtship. The Duggars have devoted their lives to raising their children in a household with endless rules and limits, yet they haven't offered their children even one acceptable option for expressing their adolescent sexuality.

Make no mistake: Josh Duggar is the one and only person responsible for molesting his sisters. But it's naive to pretend that the environment in which he was raised had no impact on his actions. Josh was raised to believe that children owe their parents complete obedience, and that little girls grow up and shift that burden of obedience to their husbands. While women aren't quite property, they are by no means equal, either.

Should we be surprised, then, that a boy who is taught that his wife must obey him, would believe on some level that he is entitled to touch little girls' bodies? Should we be shocked that the notion of consent doesn't seem to have entered his mind?

It's tempting to dismiss the Duggars as outliers, and to chalk up their actions as just another fundamentalist household gone wrong. But the reality is that incest is an epidemic, and it isn't confined to reality TV stars, religious fundamentalists, or households with 19 kids. Incest is tough to track and is considered to be massively under reported. Yet, even so, about 1/3 of girls and 1/6 of boys under the age of 18 are victims of sexual assault — and the vast majority of those assaults occur at the hands of family members and trusted friends.

If rape is a troubling concept for Americans to grasp, incest is even worse. No one likes to imagine children being abused by their family, and many survivors are afraid to label what was done to them by family members as abuse. There is often not enough evidence in incest cases to mount a prosecution, so even the minority of children who do tell rarely see justice. And if they do, what does justice look like? Is it sending their family to jail? Victims of incest love their family, too, and it places them in an impossible situation that they never asked to be in, and even begged to be freed from.

I have written before about my experiences as an adult survivor of childhood sexual abuse and incest. My mother was also a survivor, and I have children who are survivors, too. I understand the cycles that perpetuate incest from generation to generation, and they are rooted in secrecy, shame, and a society that just doesn't give a fuck — whether religion is involved or not.

It is hard as hell to look at someone we love and acknowledge that they are an abuser. It is even harder to accept that there is no such thing as the nebulous Other, and that the vast majority of harm is meted out by the ones we trust, and let into our lives. When we love someone, it is tempting to become apologists for their actions, and to ask ourselves: How have we contributed to the situation? But that is how we became a society where women are more likely to be raped or sexually assaulted in their lifetime than not. That is how we became a culture that puts victims on trial rather than their abusers.

I don't know how to solve America's incest epidemic, but I do know that small ripples can create tidal waves of change. No one will solve these problems in a day, but there are simple things that each of us can do, in order to take a stand against incest:

1. Petition TLC to cancel 19 Kids and Counting. Families who actively cover up crimes against children don't belong on TV (update: they have).

3. Begin conversations about incest with a simple affirmation of belief in the victim's story.

4. Emphasize consent in every conversation about sex with every teenager and adult, until affirmative consent becomes as ingrained in our cultural psyche as "YOLO" and "fleek."

5. And, perhaps most importantly, society must hold child molesters accountable for their crimes, while ensuring that their victims receive quality therapy and counseling services to help them heal from their abuse.

After my daughters told the police what had been done to them, the prosecutor looked me straight in the eye and said she wouldn't take an unwinnable case to a jury. There was no evidence; it was his word against theirs. I asked her what type of evidence they could find in incest, and she told me...rarely there was any. "These cases just don't go to trial," she said.

My daughters didn't see justice, and their abuser went unpunished. The same was true for my own father, and my mother's father, too. The difference was that, this time, we spoke out. That is the beginning of the end of cycles of abuse, and Josh Duggar is about to learn just that.