I Was A Bridesmaid In My Ex-Girlfriend's Wedding

Even though we had dated and broken up years before, we'd remained close friends. It's not a stereotype — that's really how things work in girl world.

Yep. It's as weird as it sounds.

Whether you're a bride, part of the wedding party, or merely a guest who's excited to dress up and get wasted on someone else's tab, the wedding experience is something we're all familiar with. But when I was a bridesmaid in my ex-girlfriend's wedding, I didn't really know what to expect.

On a hot summer day, not too long ago, I packed my red chiffon bridesmaid dress and boarded a plane heading north. Landing in Portland, I was greeted by my ex, Anna, the bride, and her nervous-looking, soon-to-be husband, Dean. Dean and I had only met once before when the two of them were on their way to Costa Rica and had a twelve-hour layover in L.A. They crashed at my place, where Dean kept a tight grip around Anna's waist and eyed me suspiciously all night.

At the airport, Anna gave me the world's biggest hug.

Even though we had dated and broken up years before, we'd remained close friends. It's not a stereotype — that's really how things work in girl world. I could tell Dean had been coached for this moment as he approached and gave me a timid hug and a kind smile that said, "I'm trying really hard to understand this but am having a tough time."

Back at their house, guests began to arrive for an informal rehearsal BBQ. Dean was a few drinks in, and after sharing a few laughs, he realized I was not the threat he once perceived me to be. Meanwhile, I found his groomsmen huddled in a corner engaged in some sort of game where they tried to figure out which one I was.

They had heard about me, knew I once dated the bride, and were morbidly curious to meet me in person. I stepped up to the plate, and one by one, they pitched their benign questions my way. How was my flight? What did I think of Portland? Would I like another jalapeño popper? Was my current girlfriend there too? (She wasn't.) They kept their curiosity to an inoffensive minimum, and my sapphic exoticness quickly faded into just another drunk girl at the BBQ.

After a night of drinking and mingling, everything was cool.

I wasn't worried about who knew about me and Anna's sort of secret past—although I'm pretty sure after the raucous BBQ it was not so secret any longer. All that was left now was Anna's big day.

The ceremony went off without a hitch. The bride and groom looked stunning. We, the wedding party, performed our duties in front of a tearful audience. And then, one by one, at the gorgeous country club on the lake, people began to fall ill. First to get struck with the awful case of food poisoning—the poor groom.

An hour or so later, Anna was barfing. It was the kind of food poisoning that caused upheaval from both ends, followed by immediate relief and then a repeat performance every 45 minutes. I thought I was immune, but by the end of the night, I was one of around 20 people who had to flee quickly to the nearest restroom.

Luckily, the food poisoning didn't dampen anyone's spirits, and everyone continued dancing and drinking (to the best of their ability) the rest of the night.

Overall, it was a fantastic wedding — minus the whole barfing thing. And as for me being in my ex-girlfriend's wedding, after the initial shock value wore off, was all at once completely comfortable and totally normal.

50 Love Quotes We Simply Adore (And You Will Too)

Think Friends With Benefits Equals Sex With No Strings? WRONG

If you like this article, please share it! Your clicks keep us alive!
Tags
weddings
ex-girlfriend's wedding
LGBT relationships
awkward wedding 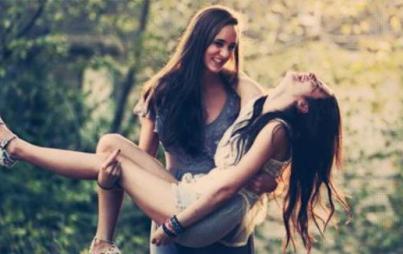 The Straight TRUTH About Why Married Women Have Lesbian Affairs 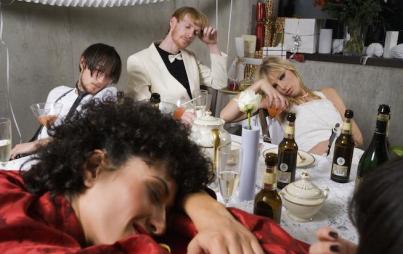 5 Tips For Being And Staying Sober At Weddings 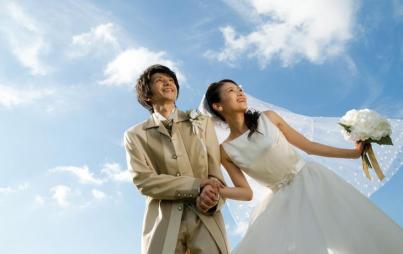 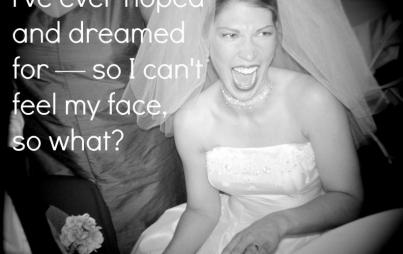 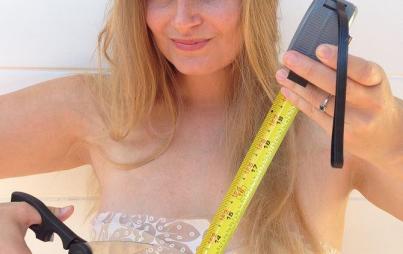 Why I Won't Be Losing Weight For My Wedding 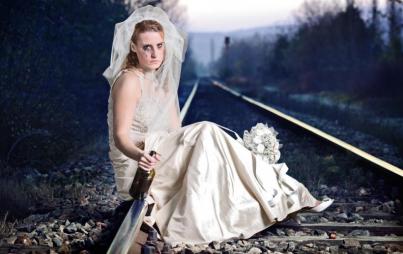 I'm a Feminist and I Want to Get Married. Please Don't Judge Me.

I Have A Husband, 3 Kids, And 2 Boyfriends — And I'm Open To More
Momlogic

I Was A Bridesmaid In My Ex-Girlfriend's Wedding
Momlogic