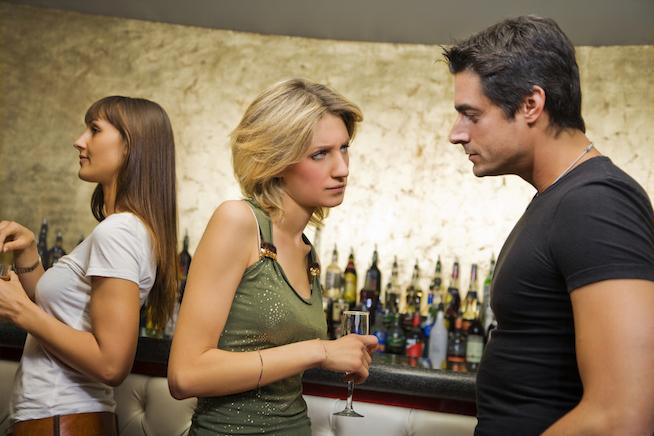 A break-up guide for (almost) every stage of dating.

Dating can be messy.

A lot can go wrong when two imperfect strangers meet.

They may not get along.

They may not want the same things or even accurately communicate what their wants exactly are.

What happens when you are faced with that moment when you know things can no longer continue? Maybe there was no initial spark. Perhaps the way the other person corrects you after any time you mispronounce a word began to rub you the wrong way. It could have started off being fun but their whimsical, creative side mixed with your super logical way of thinking was never meant to be in the long term.

What you have on your hands is an impending break up.

Is there a proper way to go about this? Is there a sort of “do no harm” at specific stages within the dating-sphere?

I’ve wondered this myself. This is not science, but after significant polling from writers I mostly communicate with via internet, my own friends, and Reddit (thank you) – the following is what was most commonly decided upon as the best possible options for what is definitely not a fun situation.

You have only been communicating online.

You do not know the person and have never met them or made firm plans. It is OK at this point to do “the fade away,” or “ghosting” as it is also known. I’ve found that ghosting or the fade away is something much more discussed among the Millennial generation. It basically means you disappear on the other person, into the ether, as if you/they never existed. The person usually stops responding to all text messages completely, or the reply time extends out until fewer and fewer text message replies come through until replies stop occurring.

Still confused on the fade away? Let Garfunkel and Oates help you to better understand…

You have set first date plans (not for within an hour before the date).

You could ghost, but being stood up is really wasting someone else’s time. Sending a message via an online dating app within a timely fashion or a quick text is cool. No explanation is required.

After your first date.

This is still an OK time to fade away as long as things have not progressed to the bedroom, or if it did it was very clear to be a hook-up scenario. After this date when you approach your car you could say “I hope you have a nice night.” Do not make the mistake of referencing setting up a future date. Usually the other person will understand. If they text you, you can either ignore it or text back, “It was nice meeting you but I just don’t see this working out. I hope you find what you are looking for.”

After a handful of dates.

The fade away is now a pretty frowned upon thing to do. Things should end however your means of communication has been up until now. Have you only been texting? Send a text. Have you been emailing? A brief email. This is still a fairly uncomplicated stage and most people understand when chemistry isn’t really there, it’s just not there. No one wants a boring fourth or fifth date.

Dating for a month and beyond.

If you have only been keeping it to once a week, then you can follow the “handful of dates” instructions. If you have been seeing each other multiple times a week, especially if exclusivity has been established, the mensch thing to do is to break up with them in person. If you spend multiple days a week together for multiple hours, the least harmful way to end things is never going to be easy. However, they will hopefully think back (eventually) on the experience fondly.

Do not cause another human emotional damage if it can be avoided. If it really is too much for you to see them, a phone conversation would be the next best thing.

Do not, I repeat do not send them a text or an e-mail.

Do not send them a “form email” that you didn’t even have to write yourself — like a Mad Lib, but for a break-up letter. (This is especially the case if you are dating a writer, unless you want them to write about it and write about it some more.) The other person will realize it’s an Internet generated letter. (I would never have called him “the cowardly ex” if the MadLib e-mail hadn’t already called him that in the e-mail .)

At any point after sex has occurred on a regular basis in the context of dating and not friends-with-benefits.

In person. This is the only acceptable way. Again, established one-night stands fall under different rules. A phone call is not OK. An email is not OK. I’ve heard stories of people having the fade away used on them after two to three months of exclusive dating with sex. I’d hope this doesn’t happen often. The individuals who have been disappeared on become incredibly jaded. The people who just disappear are horrible human beings. Full stop.

In a multi-month relationship.

In person. There should be no question to this. Do not take them to a public place. Nothing is worse than getting dressed up to go to a nice dinner to find out you’re being dumped, except maybe crying in public. I would never want to be put in a place where I’m compelled to emote in public. It would make things so much worse.

Breaking up when you feel like your safety is truly in danger.

However, you can to keep your safety intact. If you need to get things back, you can contact your local police department to help intervene. Safety first!

If I suspect someone may be attempting the fade away, I will send a text asking if they’ve been abducted by aliens and if I should send help. I’m a straightforward kind of person. Sometimes people are just bad texters or may actually have a broken phone (this honestly did happen to someone I was dating). Do not continually reschedule on someone instead of just saying you do not want to see them anymore. There’s no reason to drag things out.  Never suggest friendship if you truly don’t mean it. If you are the one breaking up with someone and would like to remain in their life in some capacity, give them time to figure out what it is they want proceeding forward.

Sometimes you have to go on a lot of first dates to find someone you really click with. Sometimes you enter a relationship to realize it’s not a great fit. However, there is always a kind way to go about ending things. A large percentage of people have utilized the fade away, or ghosting, during various phases of dating yet those same people mostly replied back that they would never want to be broken up with that way. The moral of the story is go forth and be as kind as possible.

If you like this article, please share it! Your clicks keep us alive!
Tags
Relationships
break ups
how to break up
relationship advice