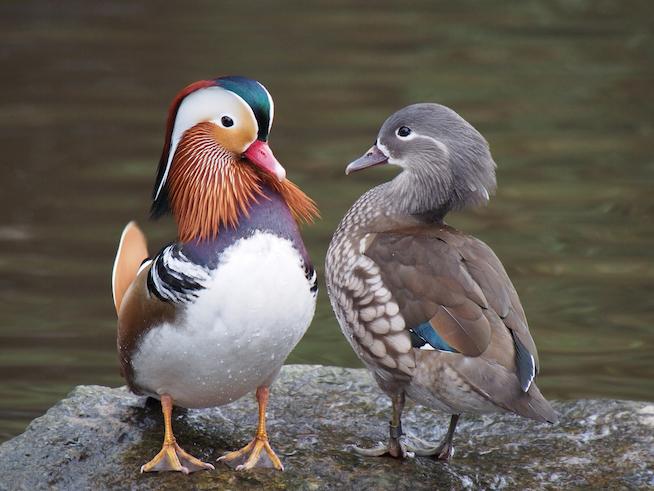 Women have an “excuse” because they just gave birth! Granted, an excuse with an expiration date, but still, they have an excuse!

A male friend who spent his summer working in Nantucket this summer sent me this text from the beach yesterday:

Food for thought: we call out of shape or less than in shape men,“dad bods.” Why is there no “mom bod”? I saw a woman at the beach today who was curvy, a little heavier but not fat, just not ripped, and I was thinking, she has “mom bod.” Without thinking. She had two adolescent kids with her, and it just occurred to me, why do we not have a phrase for this that's equal to “dad bod?” If “dad bod” is considered to be not offensive to men, then why not “mom bod?”

Now before we all go up in flames, let me tell you that this friend from Nantucket is a 6'3” homosexual cancer survivor who has had plenty of body issues of his own. He is all about the body positive movement, and he knew he could come to me and ask me this question without me jumping down his throat. And I'm so glad he did.

This is how I answered him:

Hasn't Lost the Baby Weight Yet

For women, there's an expectation that we want to lose weight after having children, we just haven't gotten to it yet. Or, that we simply do not care one bit, not at all, how dare we. These two assumptions are made thousands of times a day, especially during the summer months when women — gasp! — walk around family beaches in bathing suits that do not — gasp! — hide all of the scars and battle wounds that may have come from pregnancy.

Women have an “excuse” because they just gave birth! Granted, an excuse with an expiration date, but still, they have an excuse! Men, and the “dad bod” has formed out of a place where there's no excuse. And that's just not fair to them. You know, like, they didn't give birth, they might work out, they might not, they might drink too much beer, they might be getting older. And because they are men, we understand that as a society. We get them. Obviously, to function as a society, we must give these men — who are living unapologetically — some sort of label for their body type. Otherwise, they might confuse themselves with other men who look different than them and then we'd have a crisis on our hands, because no man anywhere would know how to define his body type, which is the first thing on his mind every morning when he rises from slumber.

From where I'm standing in all my lazy, tiger-striped glory, (and I have never even been pregnant, so I apologize profusely for my imperfections because I have no excuse) the “dad bod” thing is just another way that society forgives men for being “imperfect,” while we still look at women asking, “why hasn't she fixed herself yet?”

“Dad bod” has a definitive punctuation to it. It's OK that a man has “settled” for this body, and we, as a culture, have given him a silent nod of approval. Yes, man that will not be invited to do a cover for GQ, we see you and we hear you and we accept that this is the final decision you've made. Period.

“Mom bod,” seeing that it's not a phrase we even use, has no definite punctuation. If anything, it's merely a comma. We have expectations for women to wake up one day, very soon of course, after their obviously perfect pregnancy with their absolutely perfect partners and their of course perfect postpartum period and declare with an Am Ex swipe at the gym's front desk that it is time! It is time to put all energies into turning the former living quarters for another human being into a rock-hard abdomen, because what other option is there? We must move on to the next stage before it is too late!

If a woman decides that a rock-hard abdomen is not her immediate priority at any given point after giving birth, she is (choose all answers that apply): a. Lazy, b. Unhealthy, c. Procrastinating, or d. A terrible role model for her children and the neighbor's children and all the future children everywhere.

It's almost impossible for us to believe that this woman might not actually give a shit about “getting her body back” because she's too busy caring for a newborn, or a toddler, or an adolescent. It's absurd to us that she has no qualms about being fat, or scarred, or fifty pounds heavier than she was on her 23rd birthday. We cannot comprehend that a woman can be comfortable and even, dare I say it, happy with her body, even if it does not look like Maria Kang after childbirth.

And that is why introducing “mom bod,” as a label, is worlds different than the ridiculous trend we've set forth on the men of the world. Labels are strange to begin with, and the “dad bod” thing is truly outrageous if you take a second to think about it. But it came from a place of humor. It trended on social media. It has an Instagram following.

Do you think, for one minute, that we would ever see the same thing for a “mom bod”?

Only if it was a campaign being run by Equinox Fitness to get new signups before bikini season approaches.

Truth? We can argue that there is a “mom bod.” From what I can remember from11th grade health class, this body would be that of a woman who has given birth at some point in her lifetime.

However, a “mom bod” might be the worst description of a body type that we've ever seen. Because though it seems much less incriminating than the “lazy,” “doesn't care,” and “just gave up” assumptions we give to women as they pass us by on the sandy shore each summer, it also suggests that there is something wrong with the amazing body that housed a living, breathing human inside of it for nine months.

And we've been taught that. The fact that a woman's body may have changed after birth has been heavily capitalized upon by the diet and fitness industry, and we have been taught that every single mother desires to return to her previous body as soon as possible. We have been brainwashed, we have been inundated with it, and though it seems like many of us realize that it's a fictional story by now, the majority of the country still sees it as fact.

It is not fact. It is a game created for us by the media that we are allowed to choose not to play.

We are allowed to choose not to play.

We don't have to take upon labels, and we certainly do not need to defend why.

You and I have both experienced many, many mothers that have given birth and lived very happily in their body after the fact, without desiring a change. These women have one million other priorities besides “fixing” what changed during pregnancy. They are setting a precedent and defying all labels, because they are living in a post-pregnancy body unapologetically.

If “mom bod” is a label that society wants to give to women who are “curvy, a little heavier but not fat, just not ripped,” I would just like to come to the microphone and say...

First of all, everyone has a little too much time on their hands. And also, you seem to have confused the label “mom bod” with “perfect bod.”

Final answer? There simply isn't an equal phrase for “dad bod” when it comes to women. Because we're not looking for one. And that should be enough explanation. Period.

My Boudoir Photos Helped Me Appreciate The "Real" Me
Amanda Trusty