After Separation: How I Stumbled Upon The Courage To Love Again 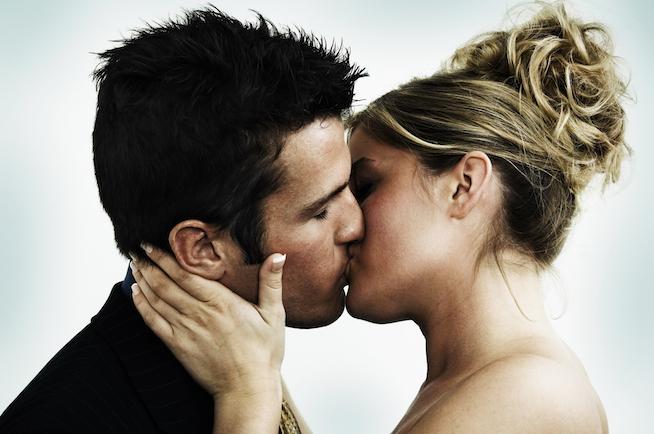 Sometimes it's right where you left it.

I had always felt that "no" was out of line once "yes" had been uttered, but Drew actively encouraged me to assert my boundaries, something that's stuck with me since — and not just in the bedroom.

Undoing a marriage costs five times as much as it does to tie one up with a bow, and the paperwork is even longer. I've cried so hard I've thrown up my dinner in a municipal lot, exhausted myself with memories to the point where 7 p.m. seems like reasonable bedtime, and contemplated spending my wedding anniversary alternating between taking a pair of scissors or a lighter to my wedding dress.

But in spite of the expanse of disastrous elements that have, at times, dominated my life after marriage, there have also been moments of growth and courage that could not have transpired otherwise.

On the heels of packing my entire life into my car and moving hundreds of miles east to live with my mother, I was determined that I wasn't going to pursue dating until I could be comfortable with my own company. I understand this message is flaunted from the mouths of mothers and best friends everywhere (including my own), but it's something I've never been able to clinch.

I spent time on my own. In libraries. In parking lots. In coffee shops. In bars. I pored over books, typed maniacally at my laptop, and frittered away my meager amounts of cash on overpriced espresso and cheap beer, but I gradually learned to guard my quiet time fiercely. But it helped that I spent my nights dashing off to another city and another bed, to fiercely (and willingly) celebrate my sexuality.

Single life does not have to translate to celibate life. This I learned over the course of husband-separated months. I chose my trusted friend Lyle* and made it clear that I wanted to use him for sex, and proceeded to do so without apology.

Not once in my life was I able to own my sexual desires without fear. Since the loss of my virginity at 18, I wouldn't sleep with someone until we were in love, until the relationship was official, and I saw a future with feelings involved. Even if what I truly wanted was to fuck, I would push away the impulse or chase some kind of commitment, terrified of the consequences of being unattached. This time, though, I wanted (and got) sex, no strings attached, and each time I drove home in the morning, I felt the power of a sex goddess within.

Eventually, I felt ready to try my hand at something entirely new: dating. I took a friend's advice on an impulse and downloaded Tinder, where I was matched with a fair amount of guys, but one in particular caught my interest. Drew* had ambitions of being a lawyer, loved The West Wing, and claimed to be kinkier than me — or any other girl, for that matter. After weeks of messages, I agreed to meet him for a drink. The drink led to a walk in the park, then a long talk on the pier, and before I could emerge from the shock of having been on my first real Internet date, we had seen each other multiple times in the course of a week.

It seemed to be the beginning of something real. But ultimately, due to some combination of too-much-too-fast and some missing, unidentifiable element, it came to an end — my choice. It had only been a matter of days, seemingly not long enough to get much out of a man, and yet I learned that when it comes to sex, I can set my own boundaries, regardless of whether it's kinky or vanilla. I had always felt that "no" was out of line once "yes" had been uttered, but Drew actively encouraged me to assert my boundaries, something that's stuck with me since — and not just in the bedroom.

Eventually, I returned to my comfort zone, and to Lyle. But in that time, something had changed. He began to provide me with "the boyfriend experience," as he put it — cuddling, compliments, pet names, and meeting the roommates. At first, I tread carefully, not wanting to scare off the one person I was comfortable sleeping with. But as time went on the energy between us became romantic as well as sexual, but there was one last bit of courage to summon.

After a night out with his friends at a bar, during which I had hard cider, tequila, and beer, I found I was brave enough to tell him I loved him. About a week later, he said it back.

There's a cinematic aspect to who we are together. Lyle and I met in high school ten years ago, dated for a month, and then stayed in touch as friends, with some gaps of months or years in between intense talks, up until this past July. Together, we feel unexpected, but utterly right.

Still, it's scary to let love take hold of my heart. My divorce isn't finalized, and the pain of the separation has yet to completely lift — I don't expect to be without it for some time. And yet, last night, as Taylor Swift sang "And for the first time what's past is past," fear subsided and hope continued to take hold. 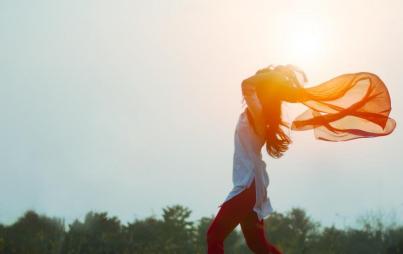 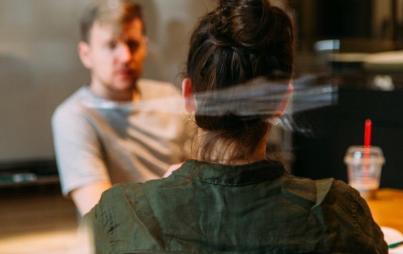