The Anatomy Of An Affair: How You Can Avoid The Trap 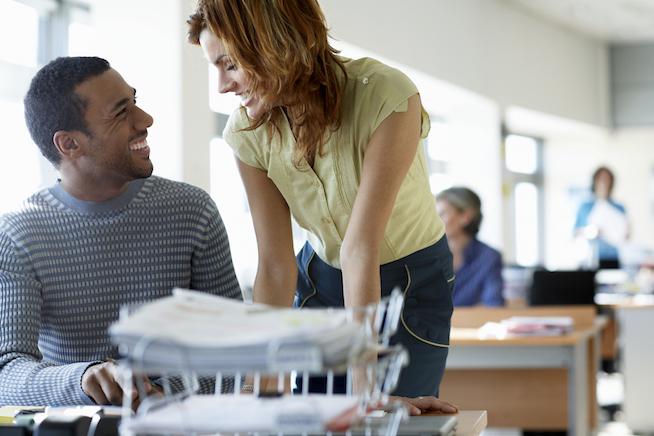 An affair is not just time between the sheets; it’s when your current spouse is no longer the priority, and someone else is.

Sex often leads to some of the most screwed up situations life can bring. Desire. Lust. Indulgence. The things we are constantly exposed to in our society. It’s in our face all the time. Some, not all, believe the only time an affair occurs is when two people, who are not married to each other, get in the bed together.

It’s simply not the case.

No one is immune to an affair and the quickest way to find yourself in trouble is to say, “It could never happen to me.”

A flirtatious act here, a touch there. A secret message sent, and then compliments come at the perfect time.

The anatomy of an affair: It’s seductive. It comes at you when you are at your weakest, when you never expect it. There is not one person who is immune to falling prey to temptation. It can be avoided though. On the front side of it all, it may appear to be glamorous, exciting, thrilling, and super sexy. But, on the other side it is filled with pain, embarrassment, humiliation, anger, hurt, and misery.

We cannot expect to “play with fire without getting burned.” It is inevitable. I once heard someone say, “Well, everyone is (screwing) someone." Is this really the way society has gone? Obviously having an affair is not on the decline (See the Ashley Madison fiasco). About 10% of the American population was on that list. Think about that. TEN PERCENT.

Having an affair hurts everyone involved. Period. But, if you are there, or have recently been there, it is not the end of you. Sure, there may be people around you who say they hate you, and you may even hate me for writing this, but, it has to be said.

It would be safe to say that if we reclassified “cheating,” or having an affair, by including deleted texts, hidden pictures, secret dates, extensive thoughts, whatever, then most of us are guilty at one point or another. All I am saying is this: We are adults. Adults will do what they want, most of the time. But why do something that is going to bring on pain? Because, pain: It. Will. Happen.

So here is how we can avoid the trap of an affair. If you don’t believe it is a trap, just ignore this and move along. No need to keep reading.

The “secret” to avoiding the trap of an affair is to be transparent with your spouse. Maybe your relationship does not require or have the capacity for transparency, not all do. I can tell you, though, if you want to avoid the trap, be transparent.

Finally, please don’t take this as someone trying to tell you what to do or not to do. I am not foolish enough to believe that. I have made my share of mistakes, like many have. My hope is that this will save someone else the heartache. My wife and I have been married this year for fifteen years, and it all hasn’t been easy. We’ve both contributed, in one way or another, to difficult times. But, in the end, we both come together and contributed to the success of our relationship.

Just because we are transparent does not mean we are weak as men. Nor does it mean we are less of a man. In fact, there is a tremendous freedom found in forgiving yourself, others, and being transparent with your spouse.

Mistakes are not the end of us as men. We all make them. How we respond to them, well, that may very well determine our legacy.

The Anatomy Of An Affair: How You Can Avoid The Trap
Adam Davis