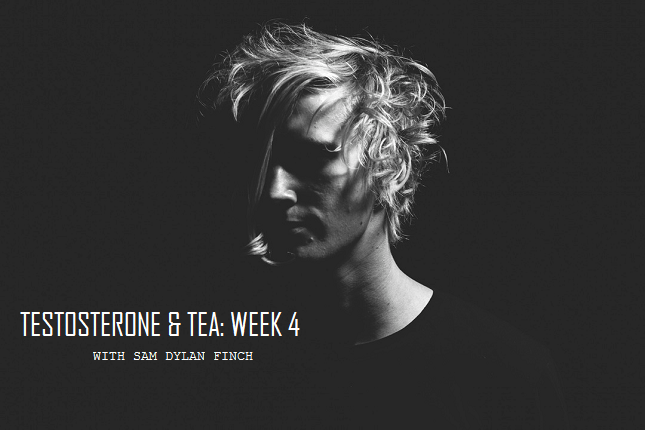 Trivial? To someone else, maybe. But when you’ve spent this long feeling embarrassed to be seen, this kind of change is a revelation.

I have two new contours on my face where my cheeks were once filled out.

It’s a little more definition to my otherwise familiar face, but it feels tremendously important and beautiful.

Those hollowed lines were the first real physical change that I could see on testosterone. I never knew that something so small, barely perceivable to others could mean so much to me.

But in a way, they were symbolic – they marked the beginning of my healing, of bridging this gap between my body and my mind.

It was the first moment that I realized that maybe the dysphoria I feel won’t last forever. 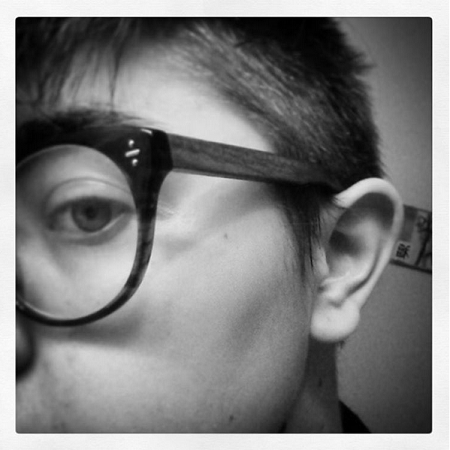 I remember last spring when I felt dysphoric about my face for the first time. Up until that point, my dysphoria largely centered on my curvy body and my chest. But I noticed over the course of a couple months that it had become increasingly difficult to look at my face – I felt embarrassed, anxious, and upset by what I saw, though at first I couldn’t articulate why.

No one had ever told me that dysphoria can evolve and change overtime. And while I knew dysphoria could center around any part of the body (in theory), I hadn’t considered that I might someday grow uncomfortable with my face. But as spring unfolded, it became harder and harder to look at myself without feeling deeply ashamed and even betrayed.

When a friend, also trans, suggested it might be dysphoria, I was blown away.

There it was. The reason I’d avoided looking at myself for months. The reason I found it so difficult to look at photographs of myself or share them. The reason I felt so embarrassed when my partners commented on how “cute” my face was.

And the reason – which seems so obvious now – that I became wildly envious of my other friends on testosterone as I watched their faces become more and more defined, feeling inadequate in every sense when I saw my own face and felt it deeply lacking.

My fixation with my face wasn’t about my own vanity – it was just another manifestation of dysphoria.

It’s been months and months of this jarring, nauseated feeling, and it was a feeling that I had come to accept as a condition of being, well, me. But I can finally feel the tension being eased as those contours on my face become more and more apparent. 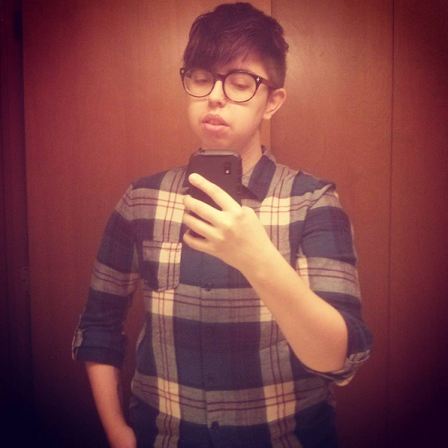 I’m making up for lost time now: I’ve spent way more time than I care to admit just staring at my face, running my fingers along those lines, staring at myself from every angle.

Trivial? To someone else, maybe. But when you’ve spent this long feeling embarrassed to be seen, this kind of change is a revelation.

If two small contours could make me feel this kind of joy, I can’t even imagine what I’ll feel like two months, six months, a whole year from now, when my body has changed in more noticeable and more distinguishable ways.

Written in these hollowed lines is a promise, a promise that is reflected back at me when I’m looking in the mirror: What’s ahead may, in fact, be more beautiful than I’d ever imagined.

If you like this article, please share it! Your clicks keep us alive!
Tags
testosterone
transition
Transgender
Sam Dylan Finch
LGBTQ