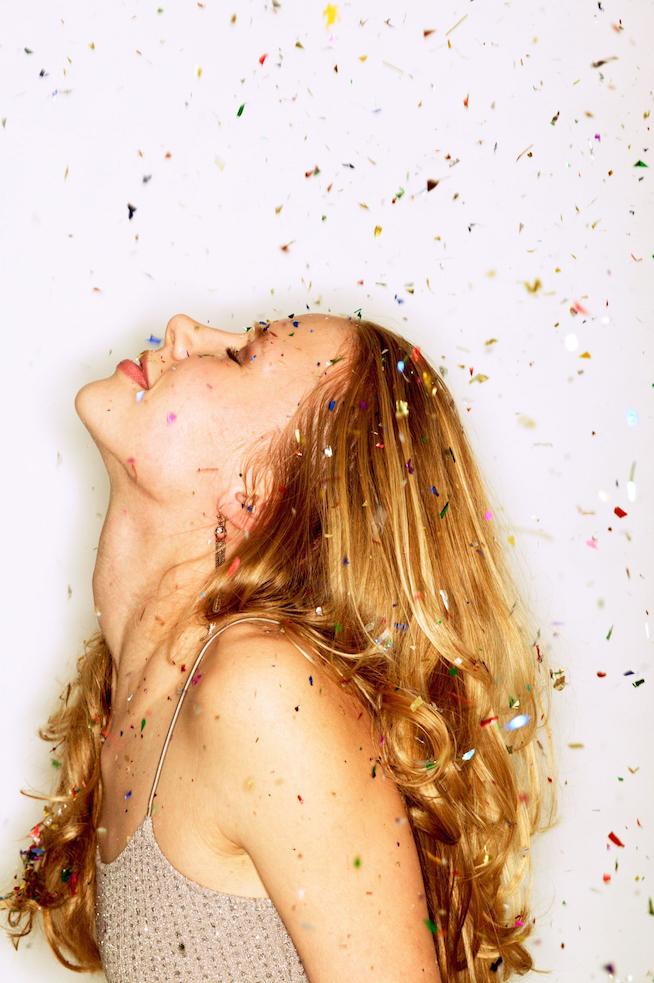 I realized that if I don't feel like doing something, the chances that it'll be life changing aren't all that high.

I’ve never been able to embrace the life of no regrets. Regrets are stubborn seeds that plant themselves in my mind, refusing to leave until something grows from them. I water them by reliving my past until I figure out what I would do differently if I could go back. Eventually, I do go back, even if the situation is slightly different.

Instead of looking at my regrets one by one, I’ve decided to retrace the biggest ones of the year:

1. Base career decisions on my family's opinions.

I've felt all sorts of work-related pressures from my family this year: to do something practical, go to graduate school, or only write about topics they approve of. When I let go of this pressure, amazing things happen. Writing on topics I wouldn't have addressed if I imagined my family reading my articles allowed me to publish some of my most heartfelt work. Dropping the higher-paying, but less interesting clients (that my parents praised me for taking on) allowed me to do the work I was truly passionate about. Therefore, I will no longer consider their opinions when I make decisions regarding my career.

2. Go on dates I'm not excited about.

I hit my official online dating low this year. I am not proud to admit this. When I was stressed, hungry, and tired on my way to meet a Tinder match, and saw he didn't look like his photos when I got there, I skedaddled before he could see me. After that, I realized if I dreaded my dates so much, I might be compromising my morals to avoid them. I deleted my dating apps. I might reinstall them, but only after I've had a break from bad dates to get hopeful about good ones again — or at least positive enough not to stand anyone up, because I think we can all agree that was not my best moment.

3. Make decisions based on FOMO.

As a former homebody, in the past year I have accepted more invitations and took more chances. But as I learned how powerful the word yes can be, it made me scared of saying no. In fact, I must confess, I've suffered from a chronic case of FOMO (fear of missing out), going to every single gathering because I was afraid that particular event could be where I might meet the love of my life or find my next job opportunity. However, I realized that if I don't feel like doing something, the chances that it'll be life-changing aren't all that high. This year, I don't plan on doing things just because I feel like I should or will miss out. Instead, I’ll do what I truly feel like doing.

4. Turn down opportunities because I'm afraid of disappointing others.

Over the summer, I had a shot at my ideal apartment, but I passed it up because I was scared my work situation could change over the next few months, and I might have to back out. Of course, nothing changed, and I ended up getting an apartment I liked but not as much. If I could go back, I would tell myself that shit happens, and it won't be the end of the world. I'd tell myself to be a little more selfish and run the risk of making my landlord unhappy to make myself happy.

5. Make time for people who don't elevate me.

As a former high school outcast, I'm still getting over the feeling that I should hang on for dear life to any friendships I can manage to garner. Last year, I spent time with people who made me feel bad because I was scared I wouldn't have anyone to spend my Friday nights with. But ever since I let go of a negative friend and put less energy into friendships that weren't inspiring me to be my best self, my nights have been full of people who have helped better me. My fear was irrational: The people we spend time with have a huge influence on us. Hanging around positive people can improve your attitude and self esteem and make you more ambitious.

6. Make excuses to not do things I’ve been meaning to get around to.

Most of the things we’ve been meaning to get around to are things we could get around to now if we put in a little effort. For example, I spent several months of 2015 thinking I should take a fitness class I read about — it's one hour out of my weekend. Once I finally accepted this and signed up, I was so glad I did. I not only ended up in a life-changing class that improved my confidence and health but also got a professional opportunity at the same time. I wish I'd stopped making excuses and started accomplishing my goals sooner.

A friend of mine recently got into a relationship with someone she never pictured herself dating, and before had only seen as a friend. Now, she advocates giving everyone a second chance and believes our initial judgments of compatibility are flawed. Taking her advice, I granted second dates to two people who didn't seem to have much in common with me on the first dates. I don't recommend this approach. It only confirmed what I already knew: We weren't compatible. So, I will no longer force myself to go on dates I don’t want to go on. It only wastes time and potentially leads people on.

8. Let anyone (including myself) tell me I can’t do things.

If I could sum up everything I’ve learned in 2015, I would say this: If you think you can’t do something, give it a shot. This new attitude allowed me to not only break into a new career, but also allowed me to adopt this attitude when I didn’t think my writing was good enough to be published, but sent it out anyway. We don’t always get what we want, but even if we succeed, only 5% of the time, a thousand tries makes for 50 successes. So, if there’s something you want to do this year, just go for it. You might not get it, but you owe it to yourself to at least find out if you can.

If you like this article, please share it! Your clicks keep us alive!
Tags
new year's resolutions
feminist
FOMO
dating