To My 13-Year-Old Self: I'm Sorry No One Taught You About Your Period 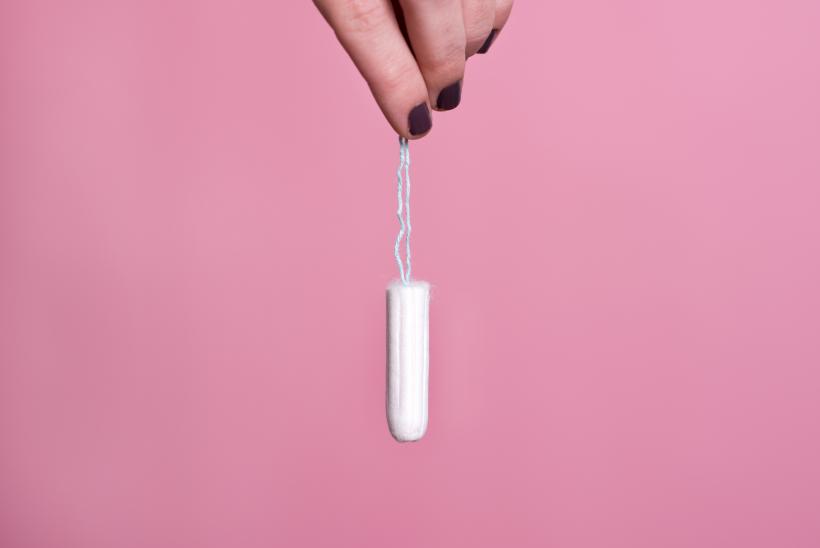 Hi, there. Do you want a hug? Because you look like you could use a hug.

Actually, let me get your cat. He can give better hugs than me.

I’m so sorry no one told you this is actually a great thing.

Not because it connects you to Mother Earth or some gender essentialist bullshit like that.

Not because it “makes you a woman.” You can be a boy or a girl or an agender person or a pangender person or a fairy kitten princess or whatever the hell you want to be. And this doesn’t mean your childhood is over.

Starting your period is great because it means your body is working A-OK.

You may take that for granted now, but a decade down the line, you’d kill for it.

But your tears make total sense. I’m sorry you have nobody to talk to. I’m sorry you had to figure this all out on your own. And I’m sorry that instead of a rose bush like your therapist’s daughter, you got nothing to commemorate this moment.

The good news is, you haven’t failed yourself. Nice job figuring out how to make pads out of toilet paper! That skill will serve you well because your period will be extremely irregular, and you’ll always forget to pack tampons.

I can see why you’re freaked out, though, given that the only thing you knew about menstruation from ages 9-11 was, “Your thing bleeds and you grow hair there.” No wonder you thought you’d be rushed to the hospital with a severe (and hairy) wound!

No wonder you thought having a vagina was a curse.

It’s no mystery, given that you heard about periods only in hushed tones, as if everyone knew this horrible secret about being female but nobody could say it out of fear they’d offend you. Like the truth was so bad, you weren’t allowed to even talk about it.

It’s no mystery why, after learning that this supposedly agonizing event happens more than once, you went around saying “I want to be a boy” (though you’ll later learn being a boy and lacking a period are not the same thing).

It’s no mystery why, when your mom finally guessed what was going on and offered to let you skip school to make you feel better — telling the friend who came by that you were “sick” — it was too little, too late. Because she led you to stay silent in the first place. And this is not a sickness or a secret.

You deserved better. After you came home from school with blood on your pink terry cloth sweatpants, you deserved, “It happens to the best of us,” not, “That must have been humiliating.”

You’ve deserved better for a while now. When you asked how babies were made, you deserved anatomy diagrams and detailed explanations, not a dismissive, “You’ll learn when you’re older” with no plan as to who would teach you, leaving you to later look up body parts in the dictionary until you figured, “Oh, so he pees in her!”

You deserved to hear about the strength of your sex drive, not just how strong and scary men’s sex drives were.

You deserved acknowledgement that you’d want to pursue sex, not implications that you’d passively be pursued. You deserved to be told that you are not the gatekeeper, but the one walking through.

You deserved to hear that your life force is beautiful and strong, not abnormal or dangerous. That sure, you probably shouldn’t share it with everyone, but you don’t have to withhold or hide it, either. That sex is about connection and freedom and self-advocacy, not subordination and conquest.

You deserved to hear that nobody gets to touch you without your genuine enthusiastic consent, and nobody gets to tell you who you are. That the faux feminists who tell you to be “proud to be a woman” when you’re not one are engaging in their own form of boundary violation. Because of this, even “period positivity” will fail you. But you can still view your period positively.

You deserved to hear that some cultures believe period blood is sacred because it helps cushion life in the womb, though you don’t have to use yours that way. You deserved to hear that some experts think menstruation is an advantage because it tells you what your hormones are up to. And you can use that knowledge to become more productive and happy.

I repeat: having a vagina shouldn’t be painful.

Sex shouldn’t be painful. Your vagina is not a wound. It’s not an empty receptacle to be penetrated. It is not frightened prey but an engulfing predator. It is like a giant octopus.

You won’t achieve these rights at home or in school. But through the same resourcefulness that helped you make toilet paper pads, you’ll win them for yourself. You’ll take classes, join workshops, and visit sex shops with lists of questions. You’ll discover there’s a movement of people just like you who got shitty sex ed and want to make it better. And you’ll join it.

Then one day, when you’re twice your age, you’ll write a letter to yourself with all the things you should’ve heard. And you’ll know they’re true, no matter how many adults deny it. Because you’re an adult now, and you get to say what the truth is.

You will speak that truth loudly, and you’ll broadcast it on your arm — with an octopus tattoo reminding everyone: your vagina is not a wound.

If you like this article, please share it! Your clicks keep us alive!
Tags
menstruation
puberty
periods
gender essentialism
sex ed
Sex
sexuality