The Power Of Unschooling: Why My Daughters Don't Go To School 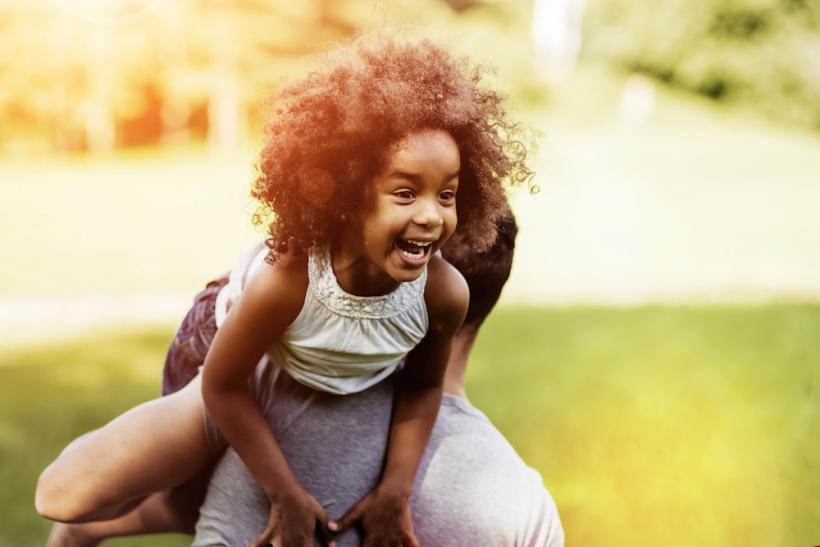 "At the end of the day, unschooling is about confidence, compassion, and agency."

How does a 10-year-old Atlanta-based black girl with Jamaican parents, shoulder-length locs, and zero interest in school become deeply immersed in the studies of Finno-Ugric language groups and Eurasian migration?

It started with flags. And the Internet, of course.

Sage would come across an image of a flag, then search online to find its related country. Then, she’d see the country’s name written in its national language(s) to the right on its Wikipedia page.

But why would a 10-year old be researching flags?

For a school project, most likely. Right?

Not in this case, because Sage, along with her twelve-year old sister, are part of a family that practices self-directed education: specifically, unschooling. ​Unschooling, a term coined by John Holt in the 1970’s, is used to describe self-directed education, or learning that does not centralize school or a particular curriculum.

As a self-directed learner (unschooler), much of Sage’s (and her sister, Marley’s) time is spent exploring the things they find interesting.

Those interests, like all things in the world, do not exist in vacuums. They are connected to other things, people, and places, and so their exploration of a single thing will always result in exposure to other things, the same way flag research led Sage to discover her love for languages in written form.

The catalyst for this particular interest showed up as a result of cartoon-watching. Sage and Marley are anime (Japanese animation/cartoons) enthusiasts and are constantly creating characters that they write into fan fiction versions of shows (anime) and graphic novels (manga) they enjoy.

These Original Characters (more commonly referred to as OCs) were for Hetalia, an anime that personifies countries, and is based on the mega-popular comic and manga by Hidekaz Himaruya. Sage and Marley’s OCs are incredibly detailed, and their character sheets often include the languages the characters can speak and write.

As Sage continued to create OCs, she recognized that she was particularly curious about the histories of Europe and Asia, and how migration influenced language and culture, both historically and today.

Today, she can identify multiple languages by seeing them written (Russian, Italian, Faroese, etc.). She also speaks Mandarin and is currently learning Finnish, Icelandic, and Korean.

This broadening of perspective sharpens both her understanding and her sense of ethics. For example, Sage watched and continues to watch videos about African people living in Finland, and had plenty to say about how their experiences are different from and similar to black people from other countries living in America. She is developing a particular social justice lens as a result of her observations and opinions.

That path from exploring a single thing to diving deeper into multiple things — and discovering areas of ongoing interest — is quite normal for unschoolers. The idea is that children are given space to explore anything around them without adults guiding that exploration or requiring them to continue exploring any particular thing.

In that way, unschooling is both learning-centered and learner-centered.

What do I mean by “learning-centered” and “learner-centered”?

Unschooling is learning-centered in that it focuses on how each child learns, instead of what to teach children, or what adults believe children should be learning.

We just live together and communicate, and we partner with our daughters when they need our help. Through that, we get to see the ways they are learning and growing and understanding themselves, along with the vast array of information and options for continuing their education.

This practice is learner-centered because all that observations help parents to facilitate learning by offering resources for their child to pursue their interests and to follow their curiosity.

You might be wondering where all this talking and learning is happening.

Is it during our kids’ rare break from all-day gaming?

During lunch on our mountainside farm?

While trying to ensure our children don’t grow up to become un-educated, ill-adjusted, long-term starving artists?

Ah yes, the misconceptions about unschoolers are easy to find, especially online. Media tends to portray unschoolers in a narrow and unfavorable light.

Let’s address some of the more common myths:

Unschoolers own their learning, and unlike homeschooling, there is no particular curriculum or set timeframes for learning. It can happen alone, or in collaboration with other people of mixed ages (like parks).

It can happen in ad hoc learning communities (like get-togethers in homes or group chats on Skype), or pre-defined learning spaces (like libraries or virtual spaces).

Similar to schools and homeschooling environments, unschooling does not look the exact same in every setting. It’s an approach to living and learning that is custom-fitted based on each family’s preferences and environment.

Other unschooling families, like Tamika Middleton’s and Zakiyya Ismail’s, have firm roots in one particular city, and use unschooling as a vehicle for social justice activism at home and in their local communities.

This happens as their days involve practicing anti-oppressive, non-coercive approaches to parenting and in non-parent/child relationships, which is a primary tenet of self-directed education in general.

In this way, our practice explores how some beliefs and actions can negatively impact other people, and explores ways we and other people might navigate those spaces.

2. Children cannot be socialized without school.

When adults address “the socialization issue” in the context of unschooling and homeschooling, what I think they really mean to ask is: How will your children know how to deal with real-world shit?

Real-world shit is unavoidable, I promise. From fights with neighborhood children, to being called names, to working in group settings, to managing personality differences… our girls have experienced all of that.

It seems to be a byproduct of living in a city populated by more than one family, and as luck would have it, we’re covered.

In case you’re craving more detail, Idzie Desmarais broke it down quite well in The Ultimate Unschooling Socialization Post.

First, not all unschoolers desire to go to college. In our home, for example, we do not encourage our daughters to get college-ready. Higher education is one of many routes to skill acquisition and peer networking, but is marketed as the best bet for any good parent. People who went to college (like my husband and I) will spend decades indebted to student loan funders to pay for degrees we may never use.

Our daughters know that they own themselves, and if they choose college, they know they’ll have our support.

Secondly, because unschooled children aren’t mired in classwork and homework for the majority of their days, they have time to act on their interests, and start actively practicing the skills they will need in their career(s) of interest. In essence, they use real-world experiences to obtain the skills many people pay for in college.

Sure, there are career paths that call for college, and if unschooled children choose one, they simply study and test into a school, much like traditionally-schooled children.

4. Unschoolers have no friends.

And by “friends,” it seems many parents mean "the children their children have to see everyday because they’re in the same class."

Would that mean, then, that all my co-workers at my corporate gigs are now officially my friends? Obviously not, because proximity isn’t the same thing as connection.

Our daughters have what they call “Internet homies” with whom they play, learn, collaborate, and engage. Sometimes, those homies become friends; mostly, they don’t. They've also formed in-person bonds with people (of all ages) that they’ve met along our travels throughout the Southern US and much of the island of Jamaica.

They stay in touch through Skype, FaceTime, and WhatsApp when we’re not in their cities, and they meet in-person when we are.

At the end of the day, unschooling is about confidence, compassion, and agency.

Unschooling, much like democratic schools or learning co-ops, is about building mutually-respectful relationships and fostering learning among people and environments — regardless of age, race, class, gender identity, sexuality, or the myriad other ways people live and identify.

For my family, this means our primary job is to answer our daughters’ questions (and ask them plenty, too). Along with that, we encourage creative approaches to problem-solving, and we challenge them to explore fears and — sometimes — to push past them.

We involve them in many daily aspects of adult life so they can observe, question, learn from, and challenge what they see and hear.

We do not believe that we can come from an entirely different era — particularly in terms of how information is received today — and still prepare them for the future.

Preparation for the future is their job, and we help them to see options for doing that while learning how to use their interests to develop skills, to help people, to develop compassion, and to excel in whatever ways they want to live, learn, and earn.

If you like this article, please share it! Your clicks keep us alive!
Tags
parenting
education
unschooling
learning
child-directed learning
social justice