I Don't Know How To Describe My Sexuality — And That's OK. 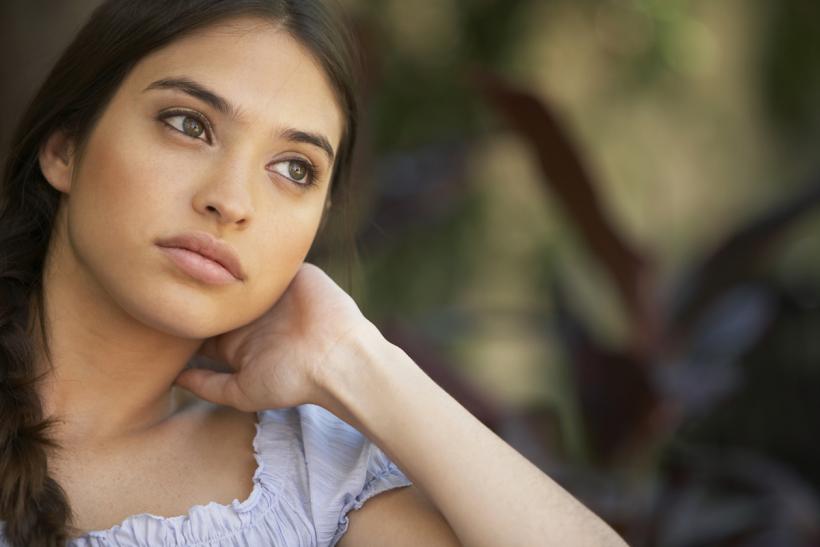 "My uncertainty scares me – but I’m slowly learning to be okay with it." (image credit: Thinkstock)

Throughout my life, I’ve always been sure of what I want and who I am.

From the age of five, I knew I wanted to be a writer. When I decided to move across the country, I was dead-set on my dream. I have very specific political opinions, although I’m always open to learning new information and expanding my perspectives. I even have very specific food preferences.  Avocados are fantastic; seafood makes me nauseous.

I’ve always been introspective and in tune with who I am, but for one exception: I’m incredibly unsure of my sexuality.

My uncertainty scares me – but I’m slowly learning to be okay with it.

I’ve joked that my orientation is best described as a shruggie emoji, but I wasn’t always like this. Although it took a while for me to understand the concept of bisexuality, I began to identify with it soon after I heard the definition.

When I got to university, I heard the terms pansexual and panromantic. I identified with those labels completely. I felt what the name communicated exactly what I felt: I was sexually and romantically attracted to people regardless of gender.

But now, I’m beginning to feel a discrepancy between my romantic orientation and my sexual orientation. While I’m sexually attracted to people regardless of their gender identity, I struggle to feel emotional attachment to men.

One day I might feel attracted to women only, and the next day I might not be attracted to them at all. This doesn’t mean I was wrong in identifying my attraction to women, it just means that it changes over time.

I can’t tell you the relief I felt when I first heard this term. Prior to this, I thought I was simply being heartless and unfeeling towards the men I had casual sex with. I thought my PTSD was preventing me from loving all men after suffering abuse at the hands of a few of them.

I was still unsure of the exact labels I could apply to my orientations, but I felt a sense of solidarity in hearing about cross-orientation. I knew I wasn’t alone.

And while this rhetoric is well-intended and usually used to fight against those who advocate for conversion therapy, it leaves a hell of a lot of us out.

In a stunning article on RaceBaitR, Hari Ziyad challenges the notion that all queer people are born queer. They write:

“Queerness is a resistance. It is a battle reluctantly waged because the struggle is often similarly against loved family and community. But in my position, with the relationship I developed with masculinity and gender, it is the right thing to do. My freedom is rightfully mine, and demanding it was a choice I made, and one I’d make again.”

For those of us with fluid and flexible orientations, the idea that we’re born this way can feel pretty exclusionary.

One day I might feel attracted to women only, and the next day I might not be attracted to them at all. This doesn’t mean I was wrong in identifying my attraction to women, it just means that it changes over time.

If we’re born this way, how can our orientations change? And if we’re somehow biologically destined to have a fluid sexuality, why do our feelings change over time?

It’s not just born this way rhetoric that leaves us out. We’re often told that identifying as bisexual or pansexual doesn’t mean you’re confused. This is entirely true, but it’s also true that confusion is okay.

Confusion, for many of us fluid people, is inevitable. And when you’re as confused as what I am, it kinda makes you feel like you’re feeding into a bisexual stereotype and letting your community down.

That mantra got me through high school exams. Maybe that’s why I’ve been so uncomfortable in not knowing how to tell people how I identify.

Lesbian, bisexual, pansexual, queer, biromantic, gay – these are all terms which could apply to me. You’ll find though, that people usually only want you to choose one.

If there’s anything my recent confusion taught me, it’s that life goes on if you leave a few lines blank.

The term novosexual is one of many new terms I’ve come to love. According to our dear friend Urban Dictionary, “a novosexual person is someone who can't work out what their sexuality is, and is constantly changing their mind on what gender they are attracted to. Novosexuality is different to questioning; questioning sexuality is going through a phase of trying to work out who one is attracted to, whereas a novosexual will feel like and identify as homosexual one day, then polysexual the next, and bisexual another day.”

Urban Dictionary also adds that “novoromantic is a thing too; it is exactly the same as novosexual, except with romantic attraction, rather than sexual attraction.”

Novosexuality – and novoromaticism for that matter – haven’t become mainstream concepts, not even within many queer communities.

But for those of us who struggle to find a label we’re comfortable with, these terms could provide us with a sense of solidarity. By knowing there are others who feel similarly to us, we know that it’s okay to be confused, fluid and flexible. We can find solidarity in our uncertainty.

In times of confusion, feeling like you have a community can be a lifeline.