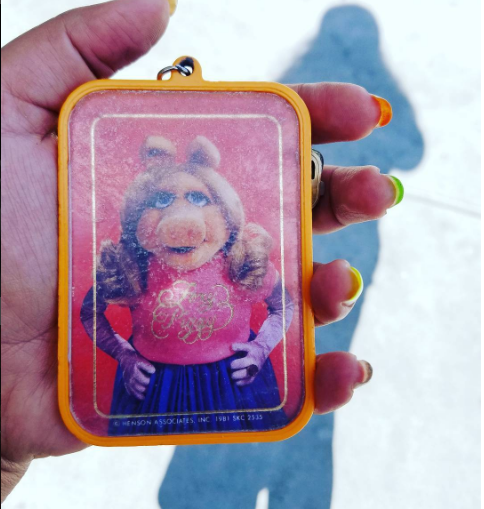 This week I participated in a panel discussion called “Fat Fury, Fat Love: Claiming Fat Space in Activist Communities,” in a little indie bookstore in Berkeley. I worked with a fellow fat babe, Kendal, to come up with questions and the list of invitees. In addition to ourselves, we settled on a pretty epic lineup of people you should know about: Na’amen Tilahun, Anna Anthropy, and Caleb Luna.

Finally, this panel wasn’t about fat people being as unthreatening and unconditionally patient as possible, no matter how we are feeling. This was a panel designed to center fat people for the benefit of ourselves, and with the hope that we could talk without reservations about our frustration and anger (as well as love and hope).

I was the moderator, so I mostly got to bask in the intelligence of the panelists, rather than try frantically  to mentally draft the most amazing, succinct way of explaining everything I believe in (my usual methodology for panel involvement). I took notes, and found myself reflecting on the “fury” part of the discussion.

One of the topics that came up was the multiplicity of ways that fat people deal with fatphobia. A number of people on the panel talked about refusing to be sweet-as-pie when faced with the challenges of navigating the world in a fat body, and in some cases in a body that is also stigmatized for other reasons:

One person talked about intentionally making people uncomfortable at meals during conferences, specifically by referring to their fat friends as “fatty” and talking loudly about food.

One person talked about how they had learned to stop trusting thin people, especially around romance and sexuality; they further remarked on the double standard that fat people face around self-love. “Whenever a fat person is single and frustrated, we just tell them that the reason they’re alone is because they don’t love themselves enough; but there are plenty of thin people who hate themselves and have no trouble finding love.”

One person talked about feeling frustration with the premium placed on visibility within fat activism. She said that for trans-women, visibility can be dangerous, and some of the activities that characterize group behaviors among fat activists (like clothing swaps with communal dressing rooms and group swims) feel unsafe to her.

We are dealing with the shitty realities of being targets, and on top of that we have to do the emotional labor of seeming innocuous and un-phased? That's a lot.

I was really inspired by the ways that each of them dealt with the feelings they experience when facing external expectations about their behavior or attitude.

I too feel intense pressure to be perpetually kind, patient, and educational whenever I write or speak about fat discrimination and body image. Often, I do genuinely feel kind and patient and educational. The problem is that when I don’t feel that way, I am expected to bypass feelings of anger or disappointment in favor of sublimation, with the idea being that this sublimation benefits me/all people (since I am a subset of all people).

There are venues where that expectation feels more appropriate - like if I am in a professional setting where I have been hired to field questions from people who have never thought critically about any of the stuff I spend my life doing.

But then there are venues where I feel that expectation is wildly inappropriate and borders on censorship - like when someone has said something I think is super callous on social media, or when something similar happens in my personal life. It is important to allow stigmatized people to experience the range of emotions that everyone has. It is, in fact, unfair and damaging to ask stigmatized people to always react with patience and “grace” in the face of bigotry (whether intended or not). To do so sets up a kind of victim-blaming ideology that unfairly weighs upon an already-stressed individual or group.

We are dealing with the shitty realities of being targets, and on top of that we have to do the emotional labor of seeming innocuous and un-phased? That’s a lot.

The panel made me reflect on my own internal process around love and fury. They both require a lot of energy, and pull different resources from me. Nowadays, I find that love is more nourishing and generative, but that wasn’t (and isn’t) always the case. Sometimes people need a generous serving of my homemade bitch pie, to remind them that I am not some sweet, chubby kitten sent from the Baby Jesus just to make their lives better.

Most of the time, my love for others is a gift to me too.

But I think it’s important to remember that there is no “right” way and there is no perfect way. Holding ourselves to ridiculous standards only further dehumanizes us, and we need more opportunities to see ourselves as complex, because that is a recuperative process. I prefer to allow myself flexibility rather than rigidity, and to me this means practicing unconditional acceptance of myself.

I act in the way that honors where I am and who I am in this moment.

If you like this article, please share it! Your clicks keep us alive!
Tags
take the cake
Virgie Tovar
column