Are You And Your Partner Romantically Compatible? 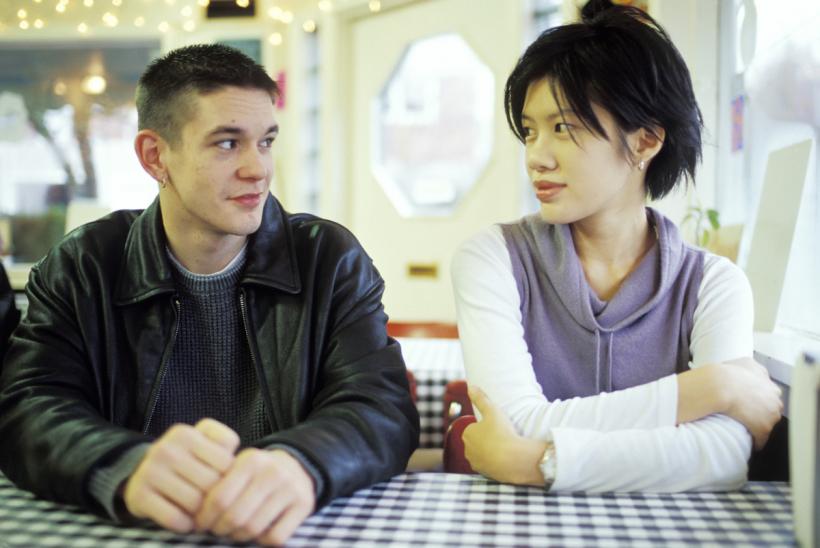 People tend to attract partners in their complementary attachment style in almost all of their romantic relationships. (Image: Thinkstock)

Imagine you just went out with someone that you like, and have been out with a few times, but that you’re still not quite sure where things are heading with. Now, imagine that they call you to ask you if you would like to join them at a birthday party on Saturday, for one of their good friends whom they’d like you to meet. What’s your reaction? Are you jumping at the chance to get closer to their inner circle, already preparing your excuse for why you can’t attend, or do you land somewhere in between?

Your answer reveals everything about how you approach relationships and in what ways you respond to intimacy. In fact, pretty much everything you could want to know about why you act the way you do in relationships can be deduced from your answer, thanks to attachment styles.

If you’re not familiar, attachment styles are part of a psychological theory of relationships that postulates that the way people respond to intimacy can be classified by how they’ve been conditioned to receiving it. In other words, you tend to react to intimacy in very predictable ways, based on your early-childhood experiences (although, attachment styles can sometimes change and be shaped by adult relationships).

This theory is one that's been getting more spotlight recently, as well as one that I also find particularly useful. The theory is very simple in nature, but also very telling of why we act the way that we do and why we tend to seek out certain types of partners.

Going back to the introductory example of the romantic prospect who wants to introduce you to a good friend, your first reaction can give insight into your attachment style. If you thought that you’d jump for joy at the chance of getting to go to the party, then you’re probably an anxious attachment style. If you shivered at the thought of being at the friend-introduction stage, then it’s most likely you’re an avoidant. If you found yourself excited at the possibility of meeting their friend, but not overly focused on it, then you’re probably one of the lucky secure attachment stylers.

So now, let’s get into the specifics of the three attachment styles, shall we?

1. The secure attachment style is represented by the ability to be, well, secure in relationships.

Attachment styles aren’t about being ranked in a hierarchy according to your methods of giving and receiving intimacy, but about understanding how you behave in relationships, so that hopefully, you can better them. However, being in the secure attachment style means you’re able to both give intimacy without insecurity, as well as maintain healthy boundaries with your partner. Security implies a strong emotional and psychological foundation of wellbeing, which you most likely possess.

Approximately half of the population falls into the secure attachment style, making it the most dominant one of the three. Attachment styles are largely tied to our first relationship patterns, those formed with our mothers, and secure children usually have parents who were nurturing and attentive, who created a sense of predictability in your life. You’re going to be more likely to also pair up with another secure person, since you’re attracting and reflecting that energy subconsciously. So yes, it’s a lot of good news for you...but just because you’re a secure attachment styled human, doesn’t mean that you are never going to have conflict or heartbreak in your relationships. Security is fairly stable, but there can still be breaches in the code or you could forget to shut the alarm off after it’s been triggered.

2. Those who are in the anxious attachment style would be the ones who are already picking out their outfit and practicing their introduction at the party.

You’re naturally wired to seek closeness and draw your partner to you, as a way of trying to achieve more stability and security. Anxious attachment style folks (myself included) tend to view relationships as very important, if not the most important asset of their lives. They are usually driven by fear that their partner is going to leave them, or doesn’t share the same feelings that they do.

About 25 percent of people fall into this attachment style, which is thought to be derived mostly from some kind of break in the attachment between mother and child. This break, whether from trauma, divorce, or just someone who had a more hands-off parenting style, causes the child to become worried when mother leaves, but then feel angry at her once she returns, which doesn’t have consistency or regularity.

3. The final attachment style is avoidant, which would be those who are looking for any excuse to not attend the party.

The avoidant attachment style is characterized by a pattern of distancing, in which that person is always looking to put more boundaries and separation between themselves and their partner. These folks make up about 25 percent of the population (there’s a rare fourth type, anxious avoidant, that make up the remaining 5 percent, but for simplicity's sake, I’m not going to get into that here) and are thought to have had parents who were not very responsive or attentive to them (not to say that they were bad parents, though), who either encouraged a higher degree of independence, or required one, circumstantially.

I’m guessing you can probably already see which attachment style you reflect, but if you’re still hazy, I invite you to think more deeply about your patterns in relationships. What kinds of people and experiences are you attracted to? How do you respond to those trying to get closer, or further away, from you? What patterns can you see in your history? Your answers will tell you in what ways you tend to function in relationships, through either a pattern of distancing (avoidant), seeking closeness (anxious), or through an even-keeled balance of both (secure).

Well, because they each tend to be driven by their pitfalls. For those who are avoidant, they want to be in control in their relationships, since they fear too much intimacy or dependence. So, this causes them to seek out those who are more insecure and thus, likely to confirm their beliefs that they are going to be trapped or suffocated by their partners. Likewise with those who are in the anxious attachment style, they tend to be driven by a need for extreme intimacy and a constant fear of rejection. So, it’s natural that they attract those who are more in control and less invested than they are, because that is what they believe the natural state of relationships to be, as well as what they crave in major highs and lows that are natural for those in the anxious/avoidant dynamic. It’s a self-fulfilling prophecy if I’ve ever seen one.

Now, those who are secure are in a very unique position, because they can really pair off with those in any attachment style and have satisfying relationships. Studies have shown that those in relationships where at least one partner is secure tend to have the highest rates of satisfaction, no matter if it’s two secure folk paired up, one secure and one anxious person, or one avoidant and one secure partner. Although secure people will probably attract other secures most commonly, it’s sort of a win-win if they attract someone in either the anxious or avoidant attachment style, since the secure partner isn’t going perpetuate the push and pull dynamics of anxious/avoidant relationships. Thus, there’s no satisfaction for them to lose.

There’s nothing wrong with being in any particular attachment style or having needs that derive from that.

For instance, those who are in the anxious attachment style need a lot of reassurance and consistency, in order to maintain a comfortable status quo, just because of how they are wired. That doesn’t make them too needy or clingy, it just means they have specific needs that may be different from yours; and that’s okay. Just like those who are avoidant may need more space and time apart in order to get their needs met.

The best way to carry the wisdom of attachment styles forward in your relationships is to recognize a) what you need, b) if you are or aren’t getting or going to get it from x partner, and c) what this means for you. Many people are afraid of sticking up for their needs, but this is essential in order to attract a healthy, satisfying relationship to you. If you are thinking to yourself that you tend to attract anxious partners and think you may be avoidant, decide how you’re going to approach anxious behavior in a way that honors your needs and stick to your guns (the hard part). Yes, it might mean having to cut a few dates short, but in the end the road the happiness becomes a lot less windy.

FOOTNOTE: The information from this piece can be sourced to the book “Attached: The New Science of Adult Attachment and How It Can Help You Find - and Keep - Love.”

If you like this article, please share it! Your clicks keep us alive!
Tags
attachment
styles
relationship
marriage
intimacy