After 5 Years, I've Decided To Go Back On Antidepressants 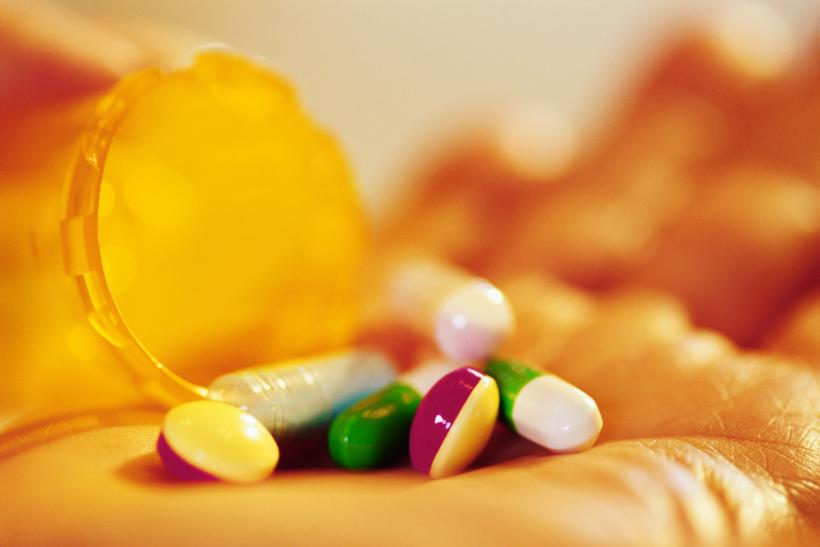 There is no shame in taking medication

You’ve probably whined “Ugh! I’m so depressed,” after a hard day at work or a breakup, but most people have no idea what actual, clinical depression is like. Try nights of crying yourself to sleep for three months straight. Days where getting up and taking a shower is too much effort to exert. Months where you don’t care about anyone or anything enough to put forth effort. Encounters where getting close to another human being seems way too foreign for you to desire.

Yeah, it’s anything but lighthearted.

I was initially diagnosed with clinical depression when I was a freshman in high school. I spent the entire first half of the school year basically surviving. I slept constantly. I hardly talked to anyone. At my worst, I was barely washing my hair or brushing my teeth.

My parents decided to take me to a psychiatrist, where I was first diagnosed with clinical depression and put on Prozac. I was very skeptical at first, but almost instantly, I saw a huge difference in my mood and energy levels. Suddenly, I had motivation. I had drive. I not only wanted to work hard in school, but I wanted to make something of myself.

I got straight A's. I joined student organizations. I started doing work as a community activist. I was #crushingit and felt the pure, untouched rush of what it means to be alive.

I thought everything was right in the world, until, after about six months of being medicated, I experienced a leveling off.

Suddenly, things weren’t that bright. They weren’t terrible; they were just... meh. I started to feel indifferent towards my life and what happened to me.

At the urging of my parents, I went on a higher dosage of Prozac, but I started to worry about dependence. What if I kept experiencing this leveling off of emotion after only a few months at a particular dosage? What if I became dependent on medication to the point of not being able to function without it?

My fears of dependence were so potent, I decided to quit meds for good. Though I didn’t just throw away mental healthcare, mind you, since I had been, and planned on continuing to go, to weekly therapy sessions. I wanted to find other ways to manage my mental illness without popping pills on the daily.

I honestly wasn’t sure if I could handle my mental illness without medication. Life did have a certain ease to it, when I knew I could stabilize myself so quickly. It was a hard road but it was one I wanted to try to conquer.

For the past 9 months, I’ve been engaged in an intense war within my mind, as I’ve seen my symptoms of anxiety and depression grow worse and worse.

Saying I had a lot of trials and tribulations over the next few years would be an understatement. I struggled through an eating disorder. I dated abusive assholes. I battled my lack of self-worth. However, I also had a lot of ups; I continued to develop my passions in writing, academics, and activism, I went to college, I found my voice, and saw my inner strength.

In that period, I actually did have a brief lapse back into medication. I went to a psychiatrist when I started to see some manic-like symptoms come into the picture, and discovered that (whoops!) -- I also had an anxiety disorder in addition to depression and a previously diagnosed mood disorder.

However, I left meds in the dust again after only a month or two, since I my fears of dependence started to cause me paranoia, once again.

In fact, this very fear is exactly what kept me from fighting tooth and nail from seeking the help I needed this year.

Let’s rewind to fall of 2015. I had decided to settle down back in my hometown for a year, after moving to a new city on a whim, followed by a few months of wild nomadic travel. I thought that once I moved into my dream apartment, bought some furniture, and made a real home for myself, I’d be content and at peace.

Boy, was I wrong.

As soon as I moved into my new place, I instantly felt a “Now, what?” cloud hanging over my head. I had been so busy going, seeing, and doing in 2015, that I forgot what it was like to be still... and how it forces you to really be alone with your inner demons.

For the past nine months, I’ve been engaged in an intense war within my mind, as I’ve seen my symptoms of anxiety and depression grow worse and worse. For a couple of months this year, I’ve done just the bare minimum to scrape by and pay my bills, since that was as much gas as I had in my tank.

It was through struggling to keep my new coaching business going that I realized just how dire things were.

I couldn’t muster up enough energy to write copy, create sales emails, or even follow up with potential clients. I saw how my excuses and procrastination were entirely related to my mindset, and I knew that I couldn’t fix it on my own. That’s when the light bulb clicked for me, and I realized that I needed more help than I thought. When I had a fire lit under my ass through the pressure of external deadlines and consequences, I could somehow find the motivation to take action; but when it came to lighting a fire under my own ass, I failed.

I know there are so many of you out there who are dealing with depression, or some other form of mental illness, just like I am. I also know how tough the decision is, to be or not to be on medication. Especially with so many economic, social, and emotional factors at play. If you’re going through a similar struggle, or find yourself resonating with my own journey, I encourage you to try to understand what your relationship to meds is and why.

Of course, you should be doing this under the guidance of a medical professional. However, it often helps to understand and have thought deeply about your circumstances before that dreaded visit to the psychiatrist, since it can be really easy to forget all of your talking points, or lose the idea of what your ideal outcome should even be.

As my therapist put it simply, one of the best ways to gauge the medication question is by asking yourself if your mental illness is consistently affecting your daily life without them. Your answer will tell you if what you’re currently doing to manage your illness is really working, or if you need to get some additional, or different, help.

I would also say that if you’ve been on medication in the past but gone off of it, or if you find yourself making excuses for why you shouldn’t be on meds, you should try to challenge your reasoning. So much of what we tell ourselves is lies to try to keep ourselves from facing our deepest inner fears. For myself, I realized that so much of my resistance towards medication came from my own fear of dependence. I have deep-seated issues with control. Having to rely on something else for stability makes me want to run in the other direction.

The fear of being controlled is what made me too prideful to want to take medication, even when it was clear I needed it.

But there is no shame in taking medication. My health is my number one priority. I will take care of myself no matter what, because I deserve to live a happy and healthy life, without shame.

If you like this article, please share it! Your clicks keep us alive!
Tags
Depression
medication
anti-depressants
mental health
mental illness