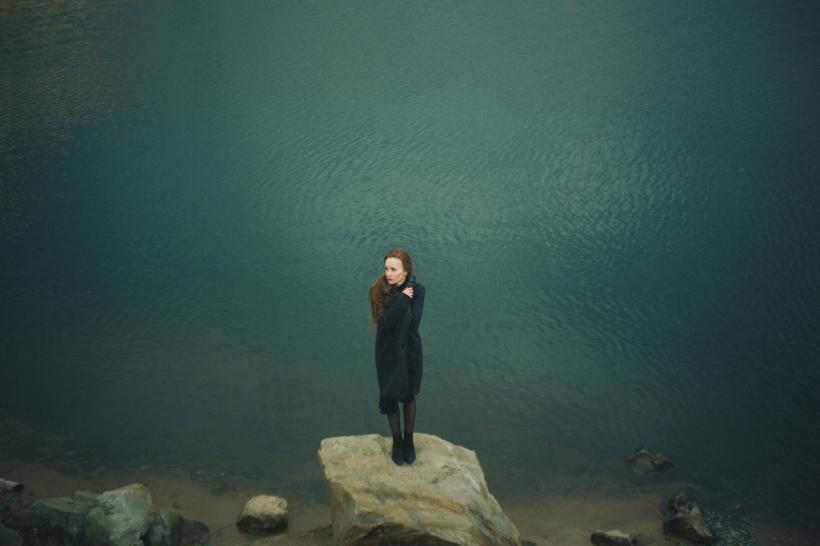 We exist in what is possibly the best time to be living with a mental illness.

Don't get me wrong — the ideal time would be one when there's free, effective, and readily available treatment options for every person living with mental illness. But things are better than they've ever been.

In the past few years, we've developed a more well-rounded understanding of mental illness, and the social stigma surrounding mental health problems has greatly lessened in my lifetime. Words like “therapy” and “medication” no longer need to be said as shameful whispers across the dinner table, nor are they passed around as some sort of indication of failure in someone's upbringing.

However, as with many other social issues, that means that some of the most harmful behavior in regards to mental illness comes in more subtle forms. Ironically enough, it often comes in the form of “words of kindness,” where the intent is actually affirmation. The problem is a lack of understanding of mental Illness, and the best example is one I've heard far too many times from neurotypical folks in my life. Today, I'd like to dismiss this notion once and for all.

You do not need to “be grateful that things aren't worse.”

If I had a dollar for every time an authority figure told me I shouldn't feel bad because circumstances weren't as awful as they could be, I might actually be able to afford the god damned therapy to treat my mental illness.

Claiming that someone shouldn’t be depressed or upset simply because “things could be worse” is based on the assumption that mental illness is circumstantial—an assumption that, for the most part, is completely false.

Not only is this dismissive of the difficulties experienced by those living with mental illness, but the notion lacks any sort of understanding about how it all works. Even beyond mental illness, this statement exemplifies the exact way you shouldn't process and confront your own emotions.

Claiming that someone shouldn’t be depressed or upset simply because “things could be worse” presumes that mental illness is circumstantial — an assumption that, for the most part, is completely false.

This is akin to telling someone with depression that they just need to “think happy thoughts.” Though remembering that corgis exist for a few seconds is definitely uplifting, it unfortunately isn’t enough to remedy the vague notion in the back of my mind that my entire life is a series of disappointments and no one actually cares about me.

I can’t tell you how often I’ve been told to “think happy thoughts” as a response to a major depressive episode, despite the fact that Bipolar Disorder is by definition not circumstantial. In fact, the only environmental factors that have been known to affect Bipolar Disorder are traumatic and emotionally strenuous childhood experiences — so unless you want me to travel back in time like Quantum fucking Leap, and “exude positive vibes” in 1996, your advice mainly exists to give yourself a quick excuse to move on from having an actual conversation about feelings.

I promise you, people living with depression are acutely aware that things probably aren’t as bad as they could be.

Often, the idea that they have “nothing to actually be depressed about” is a source of guilt and further depression for them, since they feel like they’re being overly sensitive and dramatic about the state of their lives.

Even if we were to completely remove mental illness from the equation, telling someone that “things could be worse” doesn't acknowledge how emotion actually works. Emotional distress is a completely normal reaction to the ever-changing nature of being human. The last thing people need is to be invalidated by the notion that there’s someone else who’s probably living under slightly worse circumstances.

Feeling upset or hurt isn’t a competition, and you don’t need to meet a certain number of qualifications before you deserve to be sad. We’re talking about the spectrum of human emotion, not American Idol — no one gets to be the judge of when you’re allowed to feel how you feel.

What exactly is that idea supposed to suggest, anyway? If I’m having a rough day, there’s never a moment where I think to myself, “I’m so grateful that at least I’m not literally on fire right now.” This is because the pain of the human experience is unique and unavoidable.

Though the concept that there’s someone else living a tougher life than you may help put things in perspective, this is by no means a comforting or uplifting idea. It’s only used in an attempt to invalidate and brush off the feelings of others.

When someone tries to tell you that “things could be worse,” remind yourself that your feelings are always valid.

Sure, the reason behind those feelings could be false or misconstrued, but the feelings themselves are always genuine and undeniable. Your feelings deserve to be treated with care and respect. Mental illness goes deeper than just being “bummed out,” regardless of what those around you seem to believe.

There is no specific number of boxes that need to be checked before your life is hard enough to be depressed about it. There is no quota of uncomfortable experiences you need to reach before you’re allowed to feel anxious. The human experience is nothing if not a series of awkward adjustments to a constantly shifting status quo, and no one is allowed to tell you how you should feel about it.

If you like this article, please share it! Your clicks keep us alive!
Tags
mental health
mental illness
Stigma
social justice
ableism