Take the Cake: That Time I Got Accused of Causing Diabetes 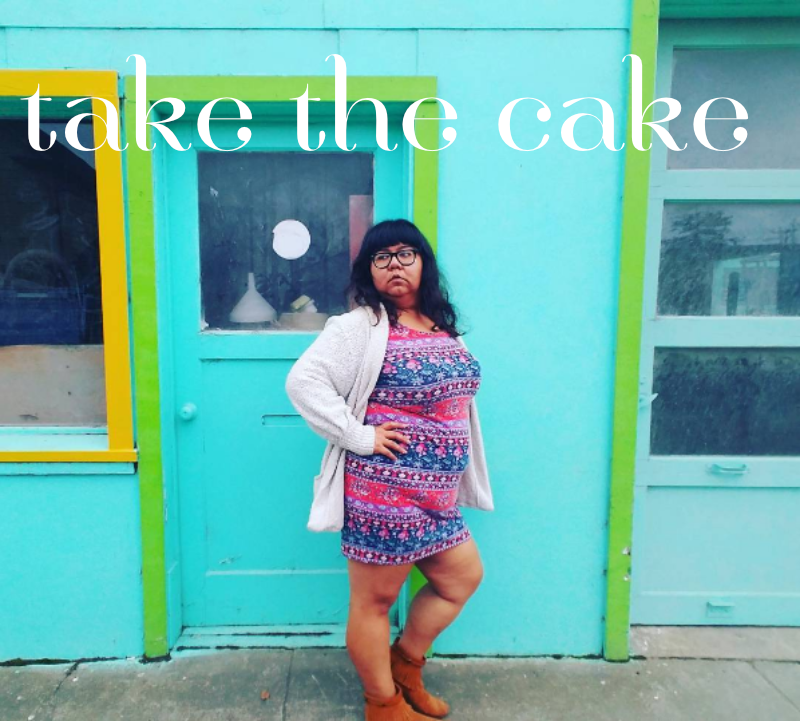 Fatphobia comes in all shapes and sizes (Image Credit: Virgie Tovar via Instagram)

October is a busy month for me. It’s one of two peak periods for lecture bookings on university campuses. Lecturing about fatphobia is kind of a risky business. People have really entrenched feelings about fat people and weight, and they are very attached to those ideas. When I tell them that fatphobia is a social problem, largely created by the culture through an unnatural process and enforced through bigotry, it’s kind of like telling a kid there’s no Santa Claus. It might be more like telling a kid that Santa Claus is actually a totally evil and life-ruining entity, and all those presents he’s been giving you have been made entirely of poop and other people’s suffering.

I get it. Studies show that by age five, children in the US display entrenched notions that fatness is a negative thing that should be avoided at pretty much any cost. Those children grow up and become the people who populate the world that surrounds us.

In many cases, the lecture I offer is the first time the people in attendance have been encouraged to think critically about diet culture or fatphobia. They often don’t even think of their entrenched attitudes about weight gain as fatphobic. Shunning fat people and hating weight gain are considered natural and inevitable, like we popped out of the womb knowing and enacting these things, which is simply untrue. It takes an outside intervention for people to change entrenched ideologies. Many (maybe even most) people react to my lectures with curiosity and resonance. But a very small, often vociferous minority feel personally attacked by me, and this sometimes leads them to say hurtful or hyperbolic (or both) things.

So, this brings us to diabetes.

I found it incredibly ironic that this person's email was causing this very negative physiological response in me... in the name of health.

A week before I was set to speak, I saw an email from someone at a school I was going to be lecturing at. It said in short that my message on fat discrimination was powerful, but that I make no reference to health issues, and due to the “increasing rates of Type 2 diabetes in our youth” there was concern that I would be sending a “confusing” message, especially since the lecture was partially sponsored by the campus health educator program. They ended by suggesting two other people who could be hired in lieu of me, one of whom wrote a book with the phrase “beating the odds against.. obesity and disease” in the title. The email ended with a final emphasis on concern.

When I read the words I was immediately really, really hurt. My heart started to pump really fast, and I was like OMG this person is legit causing minority stress right now with this thinly veiled rhetoric of hatred! From Wikipedia:

Minority stress describes chronically high levels of stress faced by members of stigmatized minority groups. It may be caused by a number of factors, including poor social support and low socioeconomic status, but the most well understood causes of minority stress are interpersonal prejudice and discrimination.

I found it incredibly ironic that this person’s email was causing this very negative physiological response in me in the name of health. The truth is that telling people to lose weight doesn’t lead to weight loss, but it does lead to anxiety, depression and low self-esteem. The truth is that fatphobia possesses all the characteristics of bigotry. The truth is that when we look back at history, select members of the medical industry and its offshoots have always (al-ways) lent their expertise to entrench the bigotry du jour (see phrenology, shock therapy, pathologization of women’s bodies as inferior, et al.).

After reading the email I tried to remain calm, but ended up calling Jacob to vent as I walked around downtown San Francisco. I was in such a heightened state that I lost my keys – all of them. I realized a couple hours later that I heard them drop, but I was so upset I couldn’t register the sound in the moment. After hours of trying to find them, I ended up calling AAA, so they could move my car because it was in a spot that was scheduled to get street sweeping the next morning at 8 am. We tried to move the car but couldn’t because the wheel was locked. I ended up getting a ticket the next morning. I never found the keys. Now I can add “lost keys” and “street sweeping infraction” to my list of things I’ve had to deal with because of bigots. Thanks, fatphobia!

The whole situation ended up only lasting a couple of days, but it felt like a miniature replaying of the entirety of my life:

Someone does something horrendous out of the sense of their own righteousness. I feel hurt. I do what I need to do to feel better. That process costs me emotional labor, time, and other resources I can’t recuperate. They have no idea of the impact they have caused because I am forced to be the bigger person (whether in the name of professionalism or because I face the accusation and isolation of being considered violent and angry).

If you like this article, please share it! Your clicks keep us alive!
Tags
fatphobia
body positivity
Virgie Tovar
take the cake