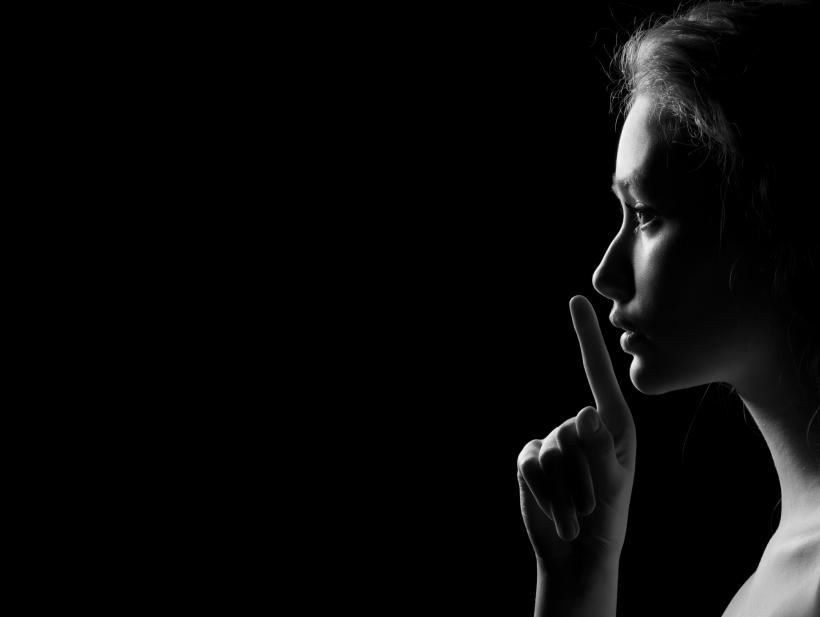 Too many victims, too much complicity.

When I was 4 years old, I was molested and sodomized by a neighbor. When I finally worked up the nerve to tell my mother, she did not believe me. She said we must have just been playing doctor and I misunderstood. When my neighbor was arrested years later for molesting three other young girls, I entered therapy, but my mother pulled me out after three sessions, calling it a waste of money.

When I was 20, I was raped in my dorm room after a night out. When I reported my rape to the university, they informed me that my rapist would have the opportunity to cross-examine me. That I would have to sit in a room and be questioned by the man who violated me. His questions could not be delivered through a proxy. I had to face him directly. They convinced me not to go through with it, and not to press any formal charges at all, under the guise of protecting me from the trauma of facing him.

At 15, I was raped by my boyfriend. He wanted to have sex and I told him no because his parents were in the house with us. He held me down, hand over my mouth, and took what he wanted. When he was finished, he beat me, tore my clothes, then gave me bus fair and sent me away. At the hospital, police interrogated me like I was a criminal, returning over and over to the fact that we had had consensual sex before, dismissing this incident. My mother came to pick me up and accused me of trying to ruin a nice boy’s life.

A few days later, I received a phone call from the DA informing me that, despite my full rape kit, bruised and bloody thighs, and torn, stained clothes, they did not have enough evidence to prosecute and would not be taking my case to trial. Six months later, my rapist tried to run me over with his car.

When I was raped again, ten years later, by the man who was then my fiance, I didn’t report. When my sister was raped, because of how I had been treated by the police and prosecutor’s office, she did not report either.

When I was in 4th grade, the boy who sat beside me in class started touching me. He touched my chest and my crotch multiple times and just laughed and laughed. I told him to stop. I scooted my chair away. He didn’t stop. He just kept touching, kept laughing. I went to tell the teacher. I was humiliated and embarrassed and could barely get the words out.

The principal sent me back to class, kept the boy back, paddled him (because that was still allowed then), and sent him back to class. The teacher sat him back down in his original seat, right beside me.

When I was 11, I was playing hide and seek with my babysitter and his wife who were family friends. I hid under a bed. I was wearing a swimsuit, and my neighbor, instead of grabbing me by the leg or ankle, grabbed the fabric in the crotch of my swimsuit and pulled it aside, completely exposing me. He had always been very affectionate and friendly with me. My parents noticed and told me that because of me, they couldn’t be friends with him and his wife anymore.

Anytime I went to my mother with stories of harassment or catcalls or inappropriate comments from grown men, she would shame me, blame me, or tell me I should be grateful for the attention.

When I was 19, I traveled with a church group to build houses for charity. On our way back, we were in a bus accident after which I was placed in a neck-brace and loaded into an ambulance. While I was strapped to the backboard, the paramedic began touching me. He removed my bra to grope my breasts, and even put his hand down my pants. When I broke down and told my church group, they shamed me and told me that I’d ruin his life if I came forward. Because I’d been sexually abused by my father and had begun to self-harm, my peers in the church group dismissed my assault as me exhibiting attention-seeking behavior and mental illness. I did report the paramedic but never pressed charges.

When I was 20 years old, I spent my summer home from college working in a local restaurant. I filled many roles in the restaurant, from hostess to waitress to cashier. When I worked as hostess or waitress, I had to dress nicely, usually skirts and a nice blouse. On the days I wore skirts, which were finger-length at the shortest, I regularly received catcalls and lewd comments and gestures from the men who worked in the kitchen. I was a shy girl, and naive, so I just smiled and laughed it off, unsure of how to respond. One day, as I walked through one of the kitchens, one of these men grabbed me by the arm and pulled me into the walk-in cooler. He began kissing me and touching me all over, under my skirt, my breasts, everywhere. I couldn’t get free. He was much stronger than me and felt like he had 8 arms. Luckily, another employee opened the cooler door before things could go much further.

I reported the incident to the manager, who told me I should’ve been up front with my attacker and told him I wasn’t interested. He told me I should have worn clothes that didn’t show off my body so much. This was in the mid '90s, and clothes were much more modest than they are today. Loose and baggy, my clothes were not scandalous or even remotely sexy. My attacker was never confronted. Management made a nominal effort at scheduling us for different shifts, but many times, I was forced to work alongside him. I never felt safe.

These are true stories.

These women are from all over the world. They are from different socioeconomic brackets. Their assaults took place during different times over the last 35 years. The victims are completely different, but the stories are all so similar. Victims of assault, rape, harassment, coming forward, being brave and telling the truth, and being stigmatized, ostracized, blamed, ignored, ridiculed. People they love, people they trust, people whose job it is to protect them, blaming them for their assault. It’s common. Almost expected. That women are assaulted, harassed by men, is a given in our culture. That women are blamed is standard procedure. Is it really any wonder that the majority of sexual assaults go unreported? Is it really shocking that a woman would want to save herself additional trauma?

Women don’t come forward because when they do, they are further victimized.

Women don’t come forward because when they do, they are blamed for their assault.

Women don’t come forward because when they do, their rapists get to question them.

Women don’t come forward because when they do, they are let down by the system that should protect them.

If you like this article, please share it! Your clicks keep us alive!
Tags
Sexual Assault
molestation
Rape
rape culture