Take The Cake: A Complete Fat Girl Anthology Of Shade 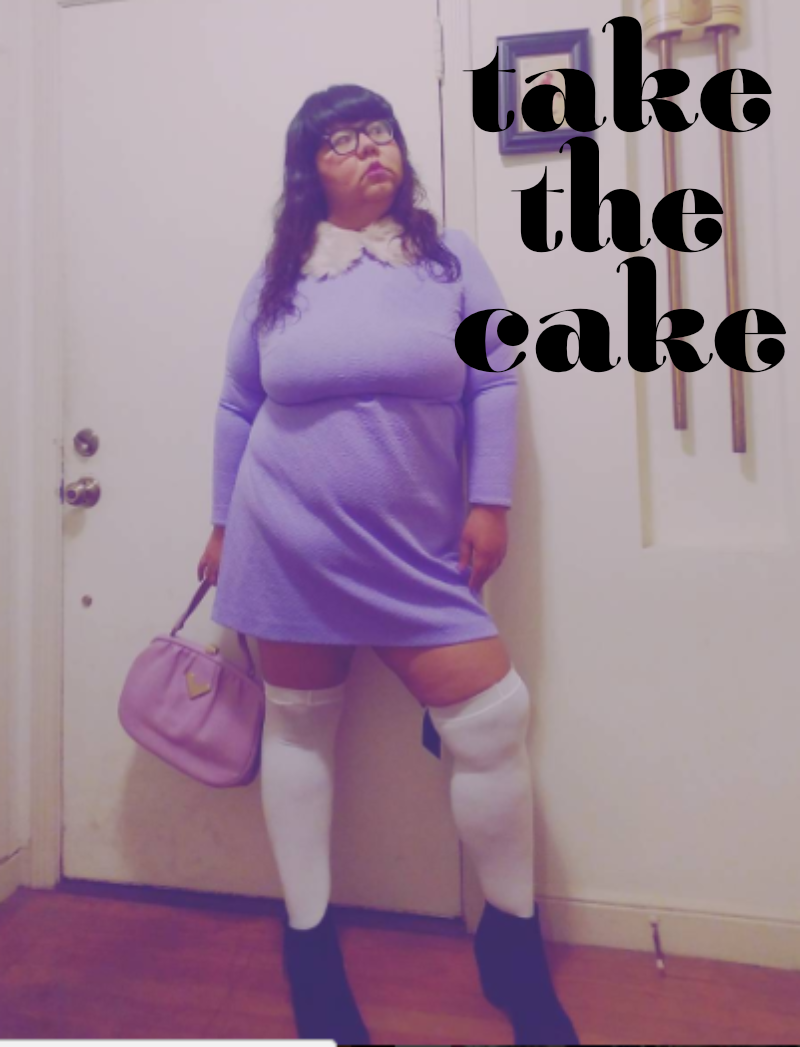 This week, BFF Kori has been giving me minute-to-minute updates on the Blac Chyna v. Kardashians debacle. So, in an act of friend solidarity, I decided to look up the history of their relationship on the internets.

I was immediately drawn in by all the amazing sideboob being served on both sides! As I scrolled the hundreds of hits, I happened upon one headline that caught my eye: "Kim Kardashian vs. Blac Chyna: A Complete Anthology of Shade." Sometimes you see something and it truly and deeply touches you, like the first time you see the baby you've been growing inside your cooch or when you find a Betsey Johnson necklace at Goodwill for $4.99. That is how I felt when I saw that headline. Though I do not support competition between women, I very much do support the chronicling of shade.

Shade is a resiliency tool constructed and wielded by those who have been forced to survive systems of unfairness. Shade isn’t polite, but everyone knows that the high road is over-sold to oppressed people!

I knew I had to begin my own complete anthology of fat girl shade. And I thought I would start the chronicle here with Take the Cake.

This tale is one from the vault, and it starts in high school.

As we know, fatphobia is a totally unnecessary, arbitrarily cruel system that acts as a kind of “hammer" that enforces cultural control over people's lives. Fatphobia credits include: self-loathing, eating disorders, dieting, and all the secondary outcomes of being culturally forced to aspire to one, single, sad ideal.

After years of being made to feel undesirable by some super basic law-abiding people, here I was in an epic studio at an exclusive broadcasting company on top of a hill in San Francisco, getting the full flirt treatment by a man those dicks in high school worshipped.

As a result of being socially marginalized due to being a fat girl in a culture that works very hard to dull my shine, I adopted a panoply of nerdy outcast qualities and habits in order to survive. As relates to this story, the most relevant of those habits was my sophisticated internal organization around what was acceptable and unacceptable for me to do, considering my (low) social status.

One thing that was off limits to teenage-me was listening to 94.9 FM, the radio station popular with the cool kids at my high school. I really, really wanted to be cool. And have sex. A helpful way to imagine me in high school is to call to mind Tina Belcher and make her Mexican.

Whenever I flipped through the radio stations, if I happened upon the cool kid station, my internal panopticon alarm would sound off. Even though I was usually alone when this happened, I had a real sense that I had gone outside of my world of acceptable behaviors.

And though I didn't allow myself to listen to the station, I knew all about the shows because they were shrouded in mystery and taboo. Every morning, my socially superior peers would recall the details of the show that played before school: The Dog House. It was hosted by these two dudes named JV & Elvis. They cracked jokes, played TLC, and howled a lot. The popular kids who were treating me like shit talked about JV & Elvis. All. The. Time.

So fast forward. I graduate from high school, graduate from college, and move to San Francisco where I end up working at CBS Radio. One day, a friend asked if I would be a guest on one of the shows he helped produce. I agreed and then he brought me into the studio and introduced me to the hosts:

I am legit in the room with these gatekeepers of cool from my childhood. So I sit down and it becomes apparent very quickly that Elvis totally wants to fuck me. We do the interview and as it ends Elvis hands me his card and asks me to call him. As I took that card between my manicured fingers, I imagined all the fat-hating assholes from my past:

After years of being made to feel undesirable by some super basic law-abiding people, here I was in an epic studio at an exclusive broadcasting company on top of a hill in San Francisco, getting the full flirt treatment by a man those dicks in high school worshipped.

I ended up never calling Elvis, but my little 16-year-old fat girl self still felt like she won the fuck-you Olympics.

If you like this article, please share it! Your clicks keep us alive!
Tags
body image
body acceptance
high school
shade