10 Ways Target Is Robbing You Like A European Pickpocket: Holiday Edition 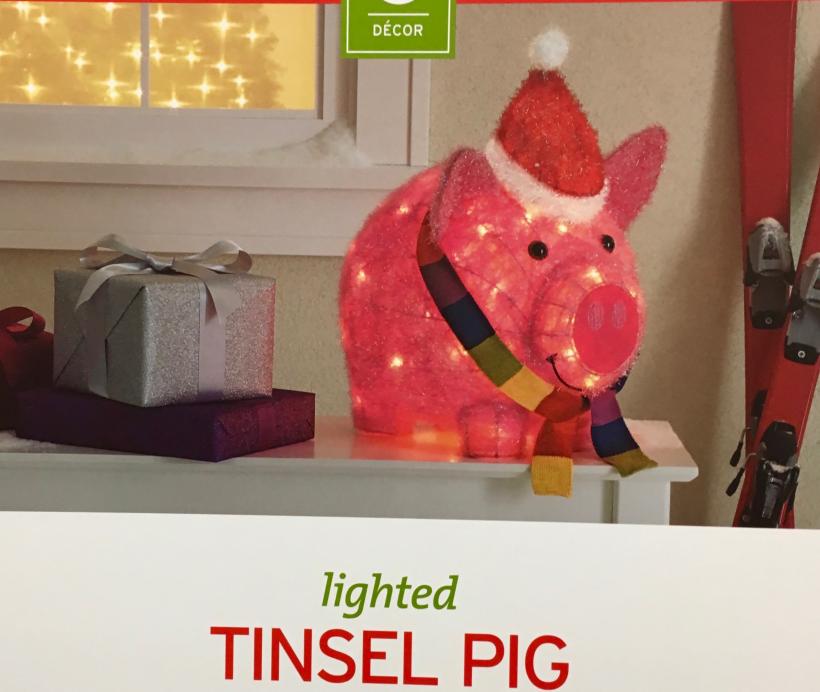 Who doesn’t need Star Wars wrapping paper, or lightsaber BBQ tongs, or an illuminated Darth Vader mask, or ice cubes shaped like the Death Star? No one.

Remember that time I wrote about how Target is taking your money and you don’t even know it? Of course you do. It dangerous in there, people. I implore you, be wary of anything on the endcap. TRUST ME.

If you think the day-to-day dealings are bad, you clearly haven’t considered what the holiday season looks like. It’s worse. It seems impossible, but Target knows you. And they are coming for you with the perseverance of a 3-year-old after the advent calendar. 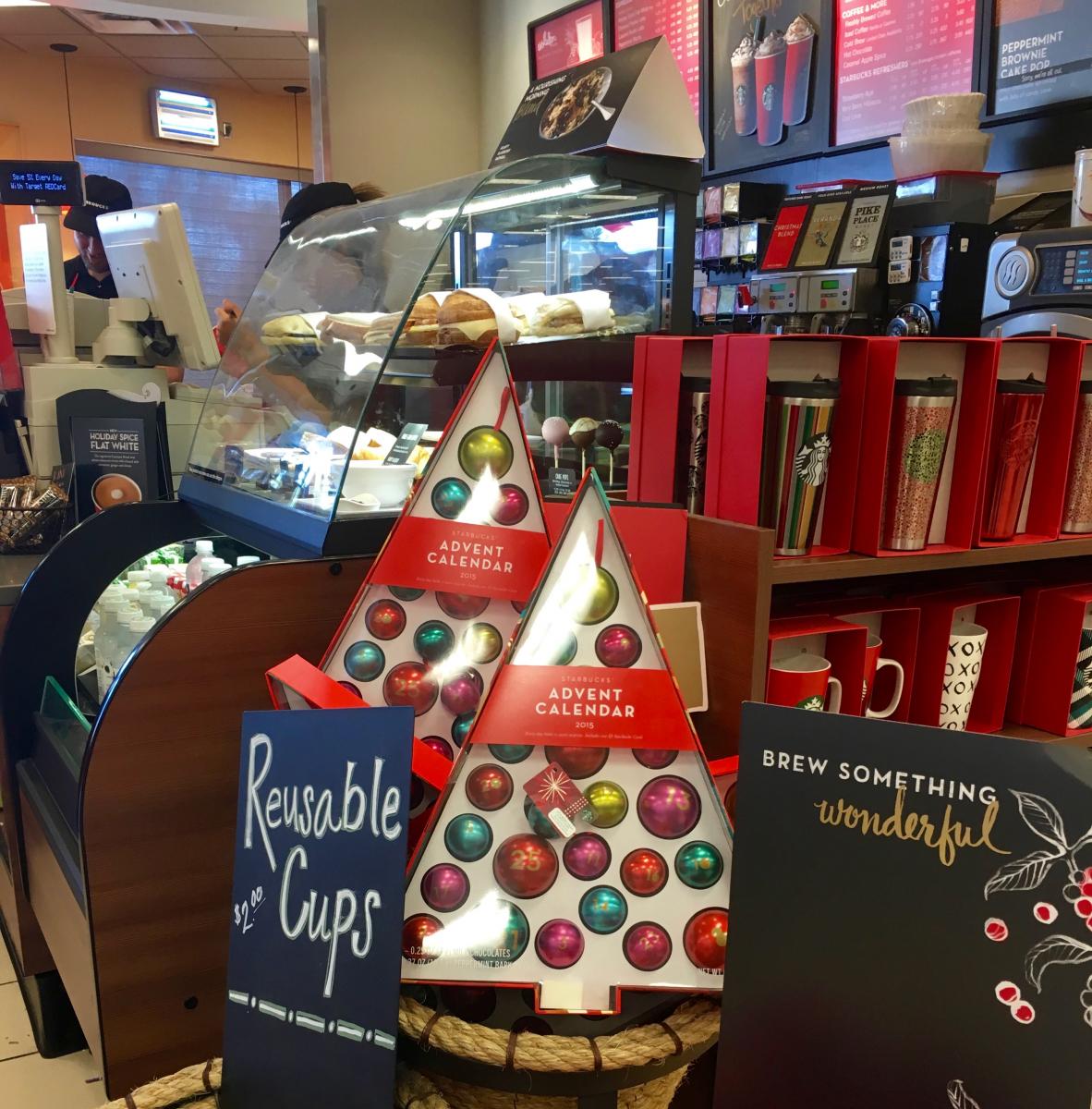 We’ve talked about the Starbucks scam before, and now it's time for the seasonal shitstorm. It’s a whole other level. There was the PSL of fall, and for the Winter Thing, they are bringing the seasonal flavor heat with peppermint.

$4 at the door, baby. And you’re going to need another one when you leave. 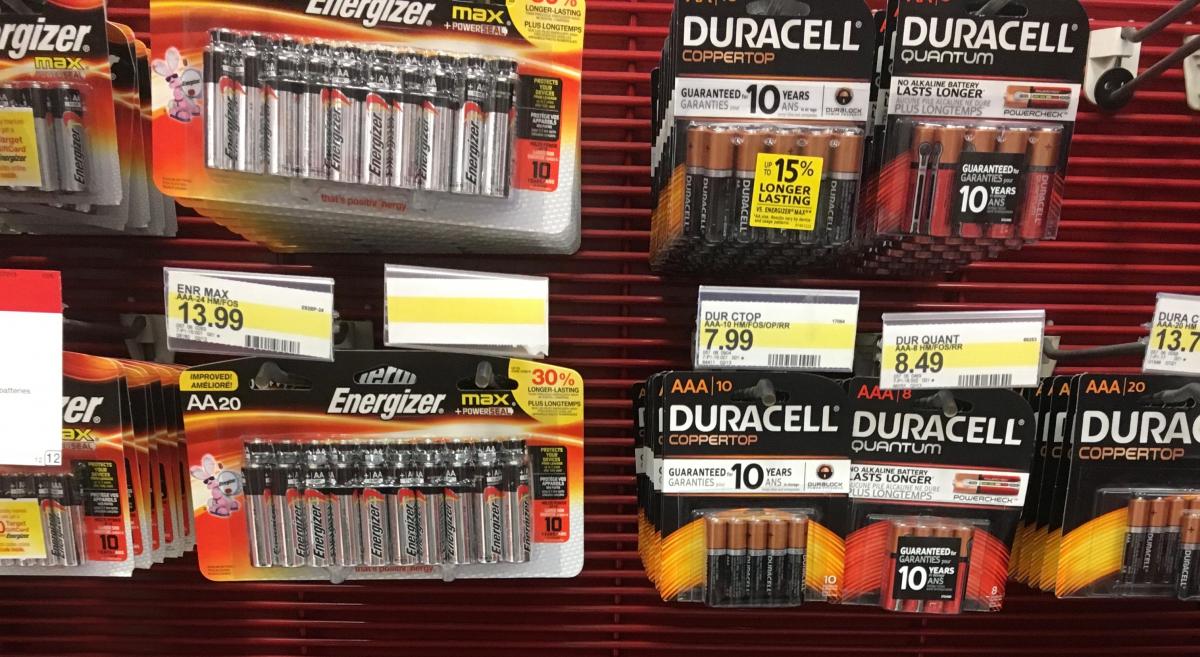 You need batteries. But how many batteries do you really need? This doesn’t seem like a clever marketing ploy at first glance. But wait. What kind of batteries do you need? You’re probably not sure. And what if someone gives your kid a dune buggy that needs batteries, but they don’t give you the batteries, and the dune buggy won’t work and, Mommy, why won’t it work? Why don’t we have any batteries, mommy? Why are you ruining Christmas?

And there you are, buying everything from AAA to DD. 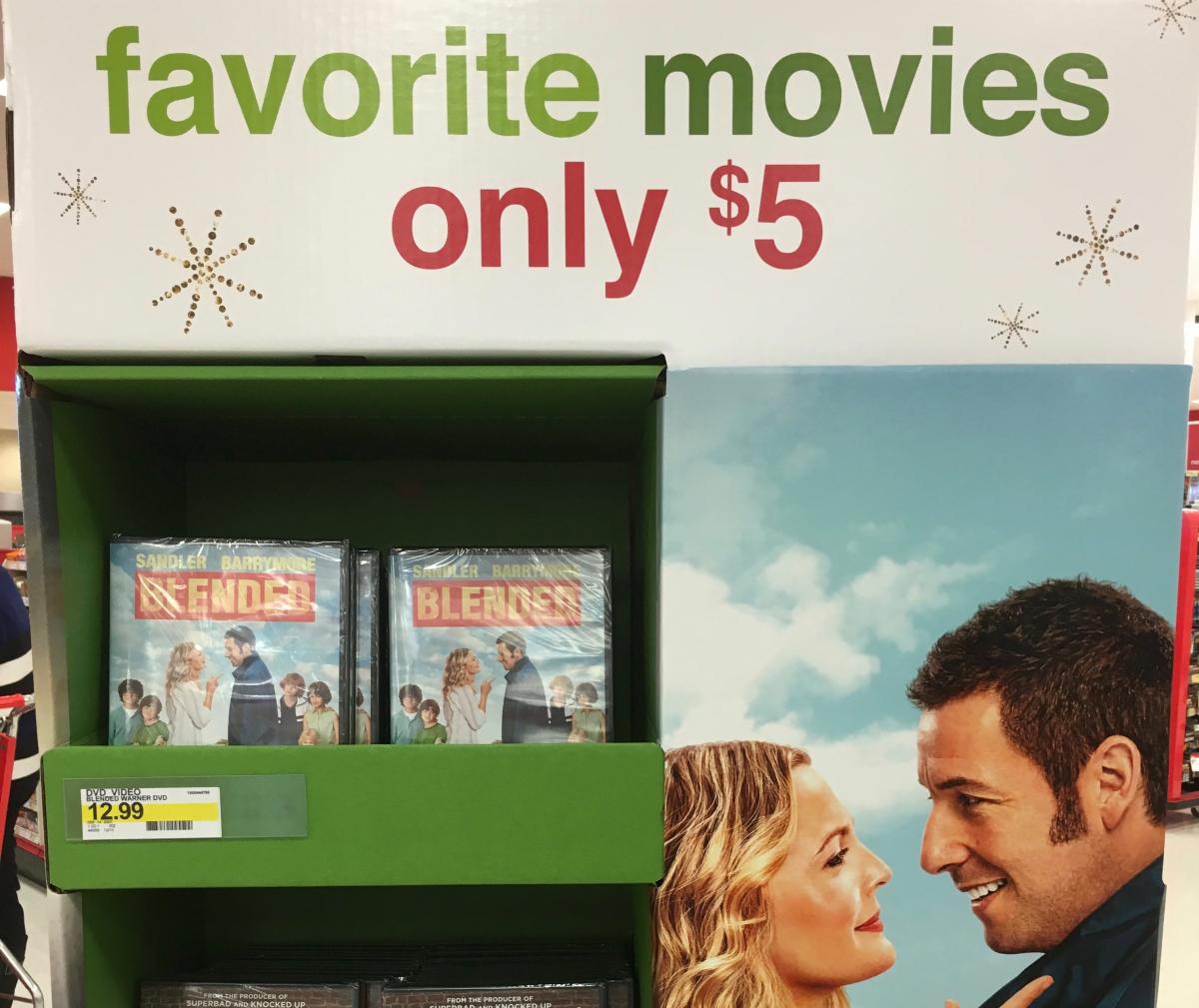 You're just walking along, la de da, and you're like "$5 movies. NO WAY!" But look closely. The best movie on the rack is actually $13. BURN. They just beat you at your own game.

$5, but actually $13 because that’s the price of the only movie worth watching. 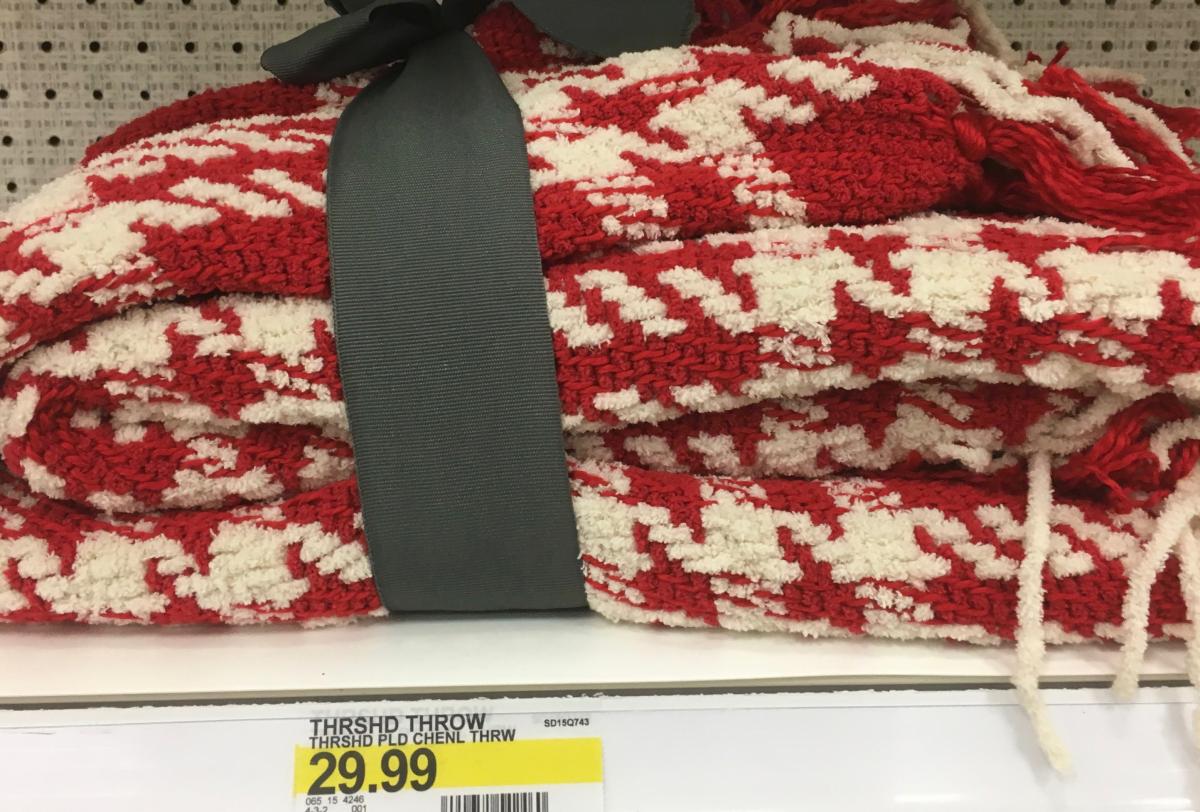 The knit throws will get you every time. Knitting is the pinnacle of hipster crafting, and yet only like 15% of the population can do it. Target has your back. Buy this throw. Rip off tag. Say you made it. Boom. Crafter status: Hipster Pro. 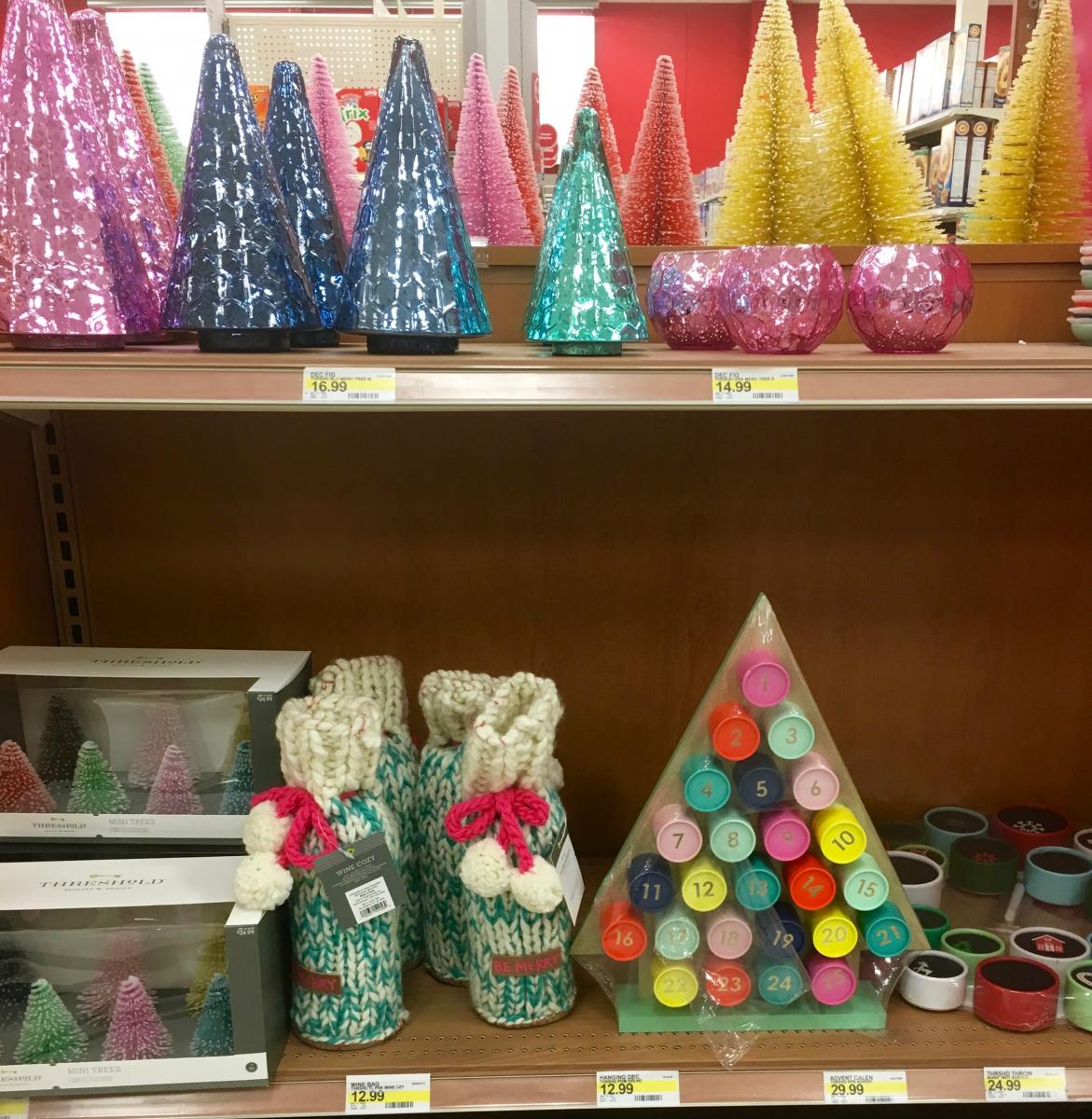 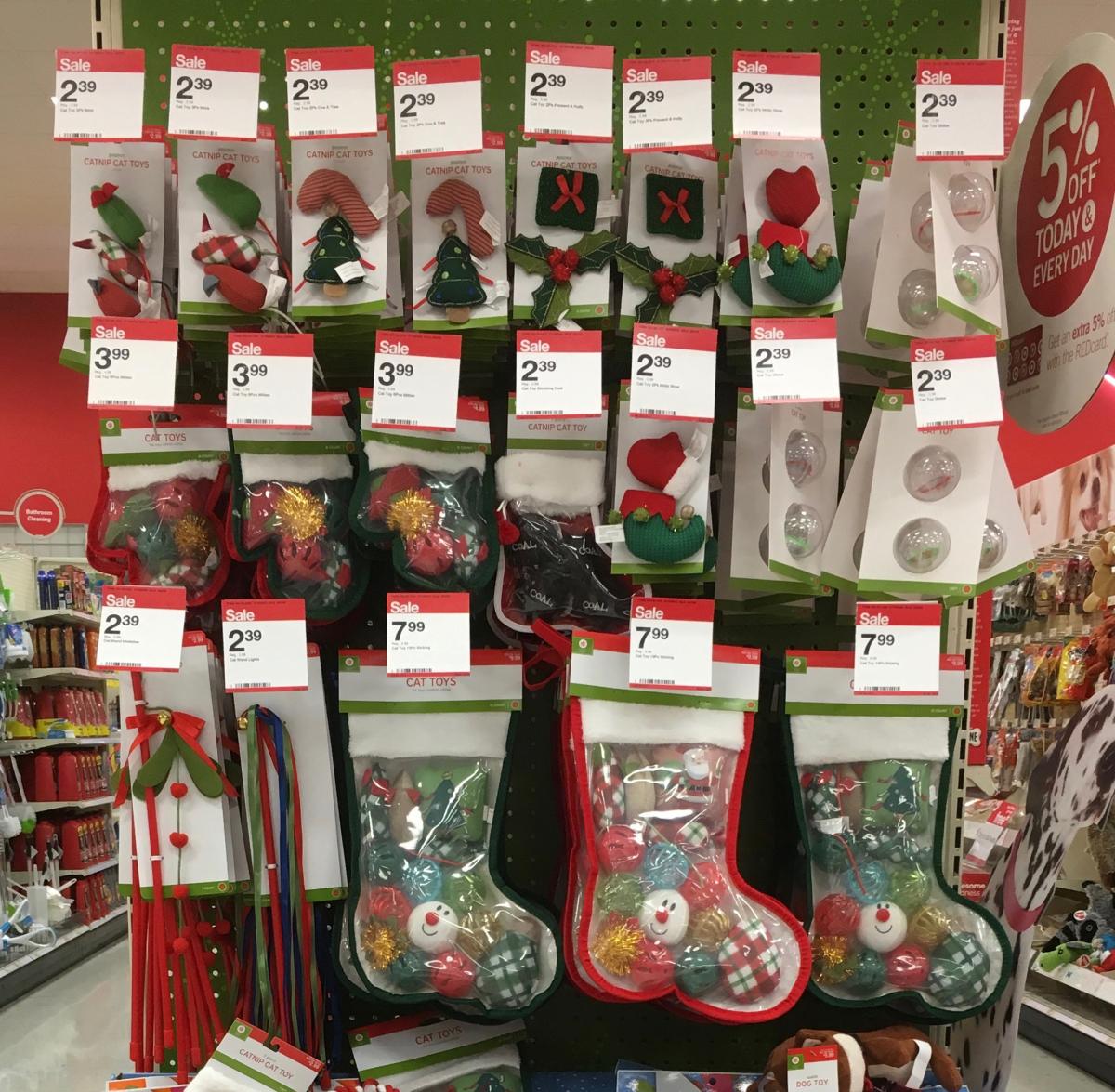 Your dog does not know it’s Christmas. Ever.

Illuminated pig? Obviously. For a mere $45 you too can deck your lawn with this Tinsel Pig and any number of other forest/farm animals/snowmen/pretty much anything you can think of. First, shell out your hard earned dollars, then, try to find a place to store your pig/fox/snowman/Santa when it’s not December. Best wishes. (Note to self: Rent storage unit: $30/month.) 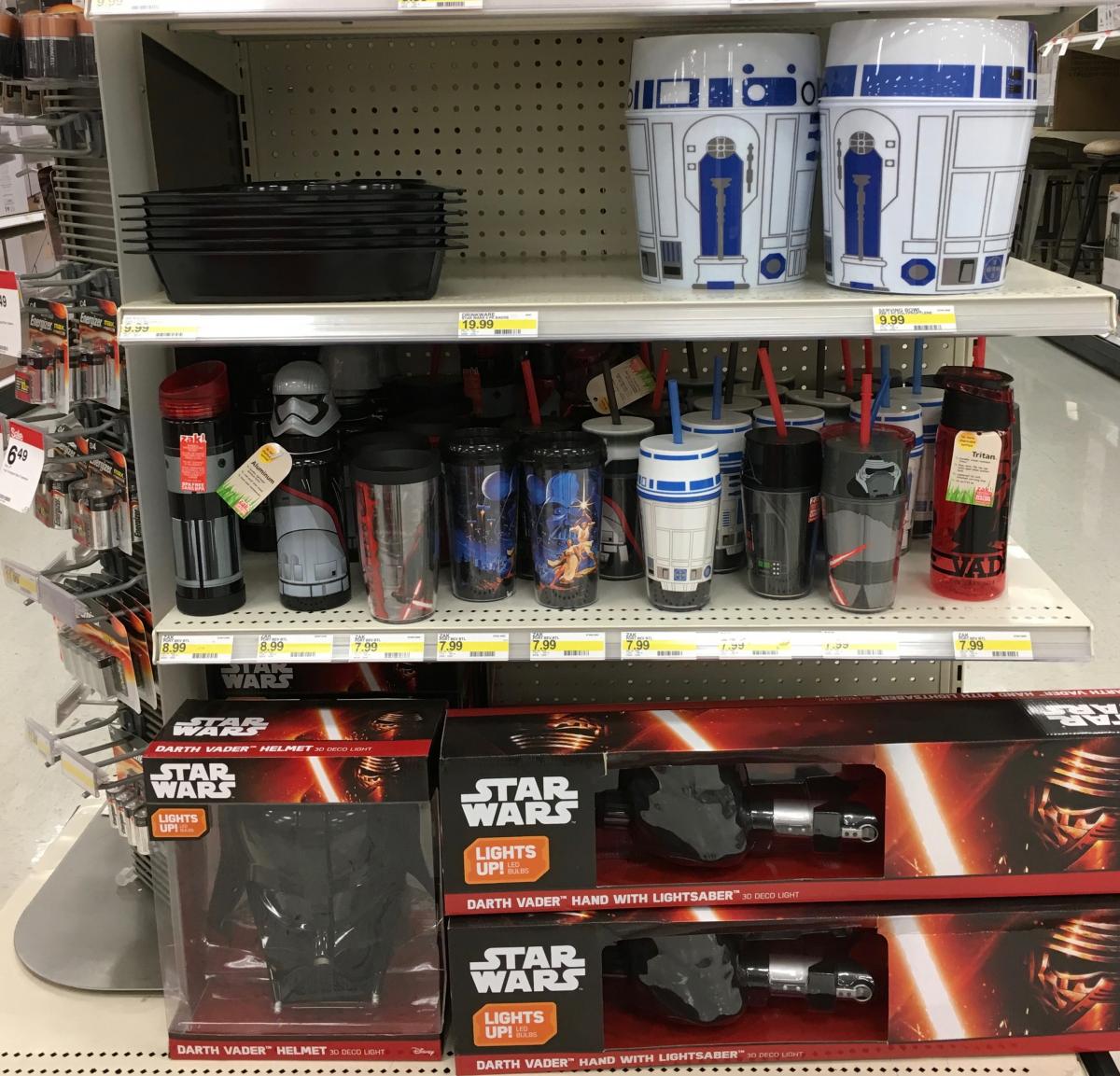 Oh Jesus God Buddha Oprah Santa Darth Vader. Is it a coincidence that the single most anticipated movie of our lifetime came out during the holidays? No. It is not. And Target has the merchandise to prove it. Who doesn’t need Star Wars wrapping paper, or lightsaber BBQ tongs, or an illuminated Darth Vader mask, or ice cubes shaped like a death star? No one. 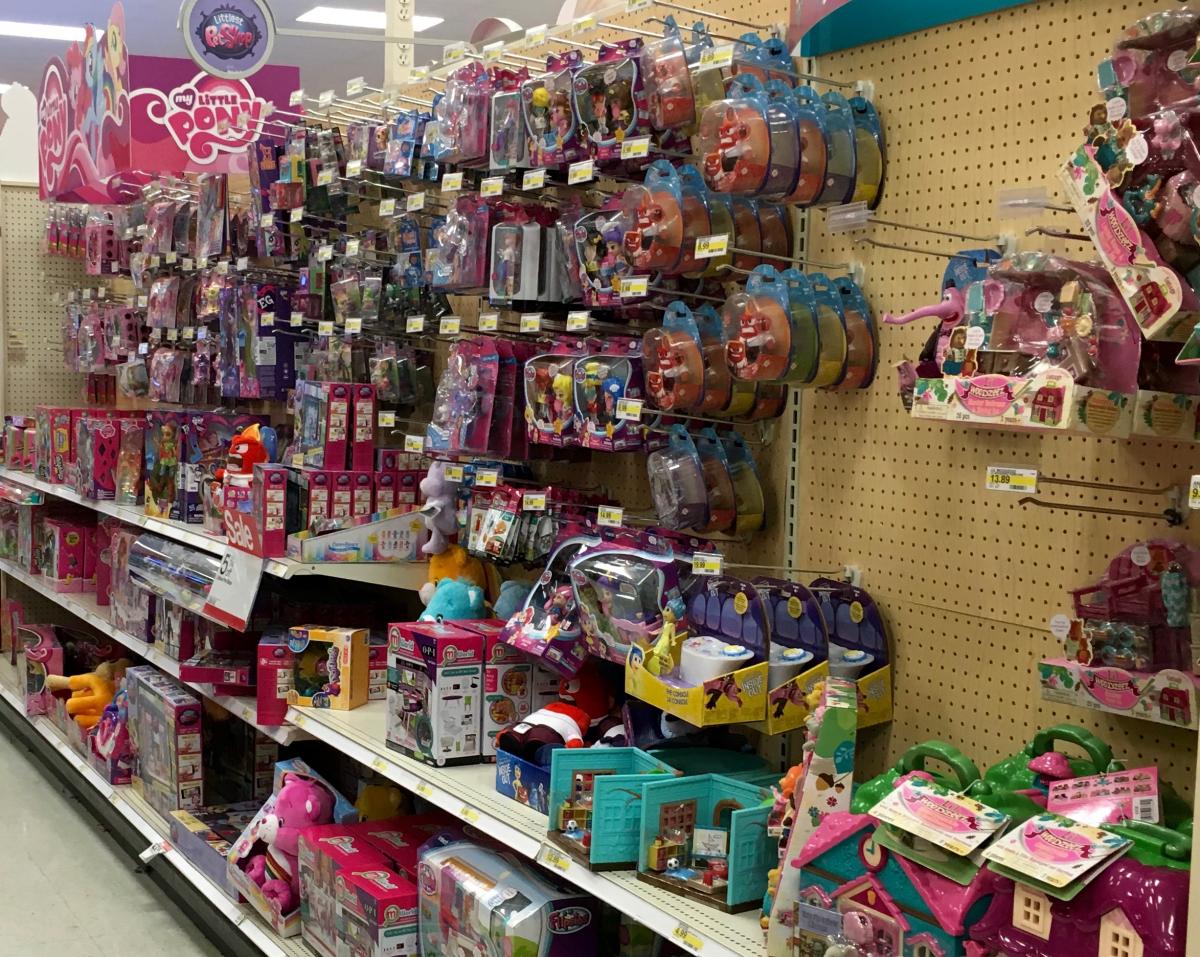 Just don’t go in there. I know you think you need to get your 4-year-old-niece a Barbie or remote control dune buggy or whatever, but for the sake of your sanity and wallet, just order it on Amazon. Or better yet, buy her a sheep (well, more accurately, buy a sheep that World Vision will actually give to a family that needs a sheep).

I know a sheep doesn’t seem like a good gift, but Barbie is just setting you up to buy one million accessories later, the dune buggy needs batteries, and neither of them provide wool. Literally zero wool.

A sheep is $126. We aren’t blaming this one on Target, but let me just add that a sheep would actually help a person in a developing country improve their life instead of just creating more throw-away plastic. 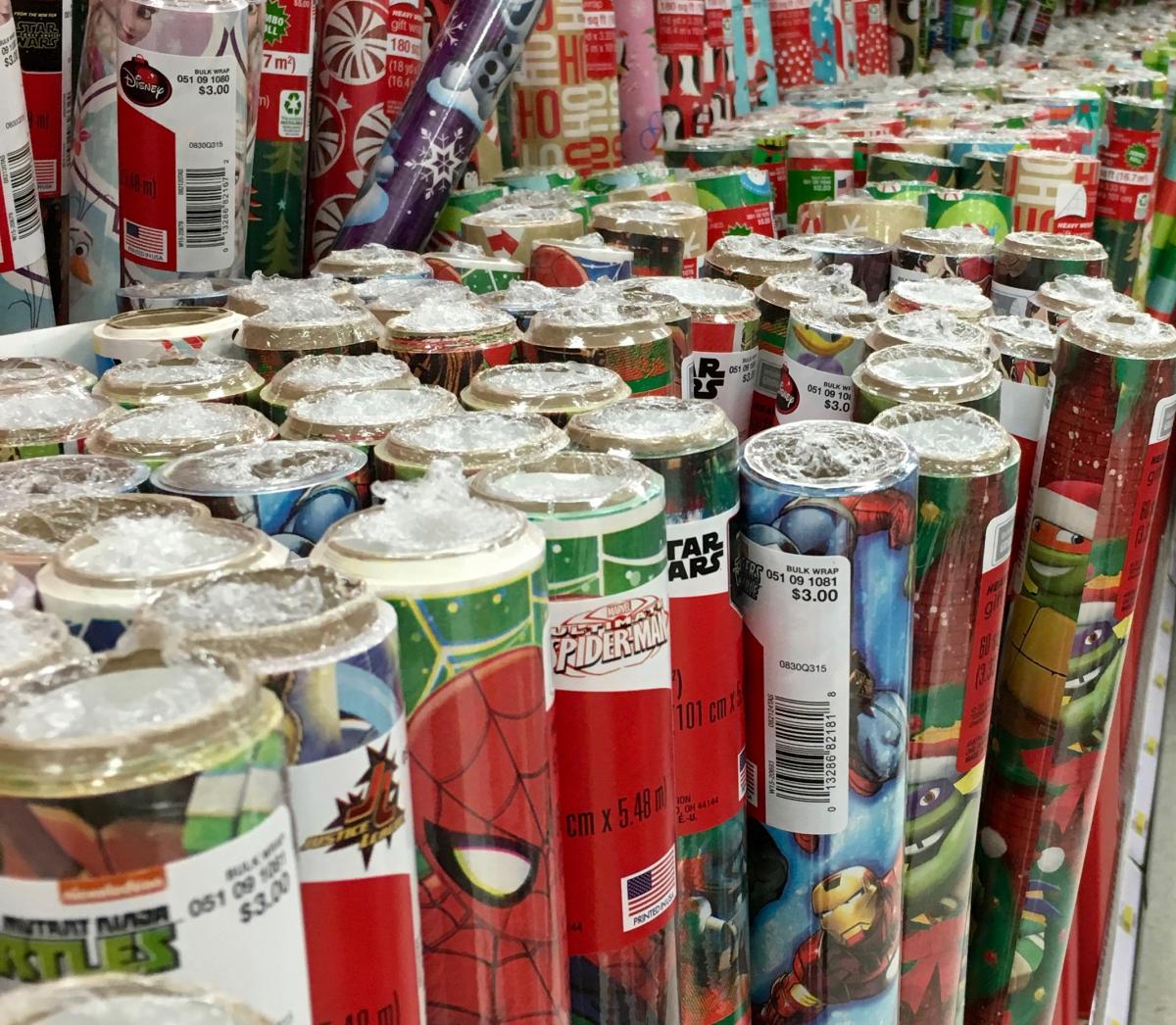 Wrapping gifts (or more likely the number of gifts we have to wrap) is just not right. You can put that shit in a paper bag, dude. Better YET, get a reusable bag! BETTER YET, don’t wrap it at all. Just unceremoniously hand your 4-year-old niece the remote control dune buggy OR buy the sheep and cut out the middleman.

Seriously, do you need $7-a-roll glitter wrapping paper that will wrap like three things, two if they are LEGO sets (which you should have bought on Amazon, but you did NOT heed my advice and instead bought at Target)? No. You do not. Unless your gift wrapping aesthetic is Aqua Blue With White Glitter Snowflakes, then you need the $7-a-roll wrapping paper. And you’re going to need seven rolls, give or take. 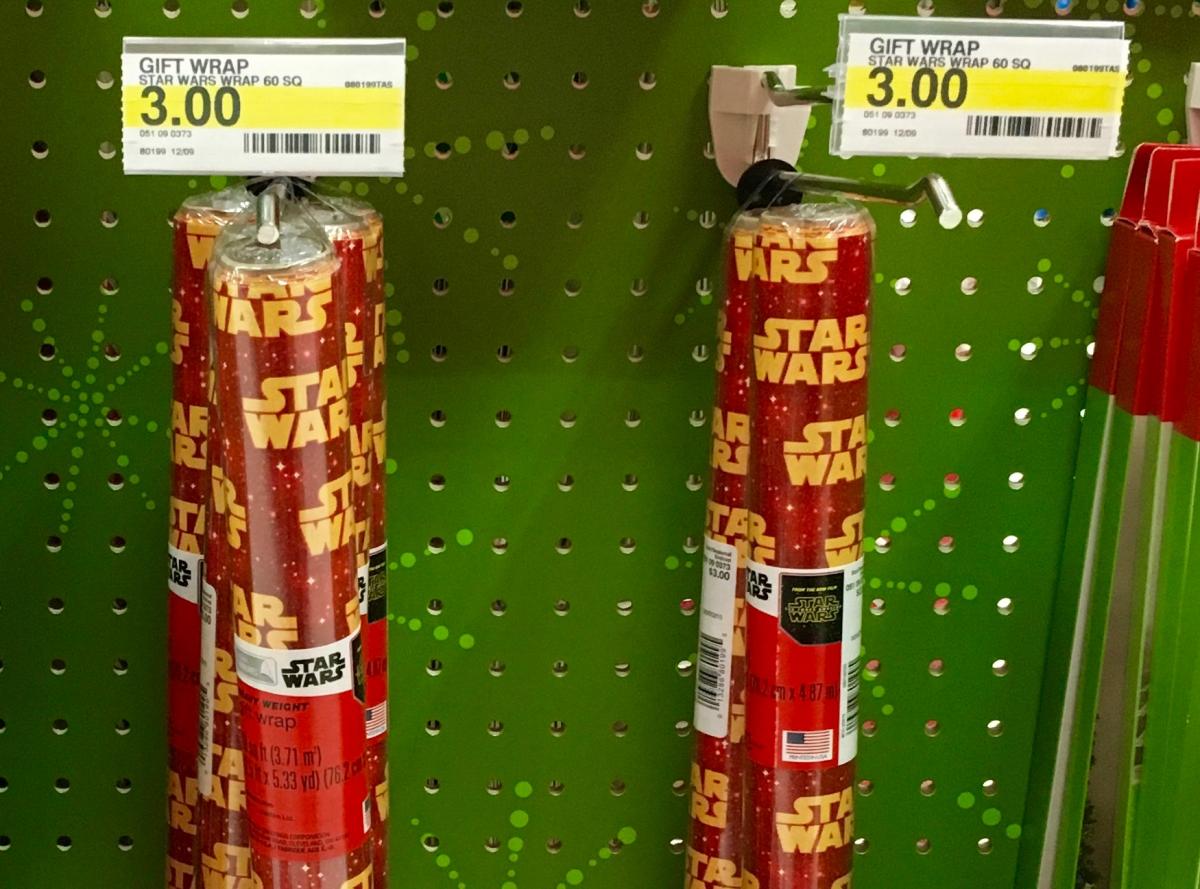 (P.S.: Yes, there is Star Wars wrapping paper. Just in case you thought there was a corner of the store that had been left untouched by George Lucas.) 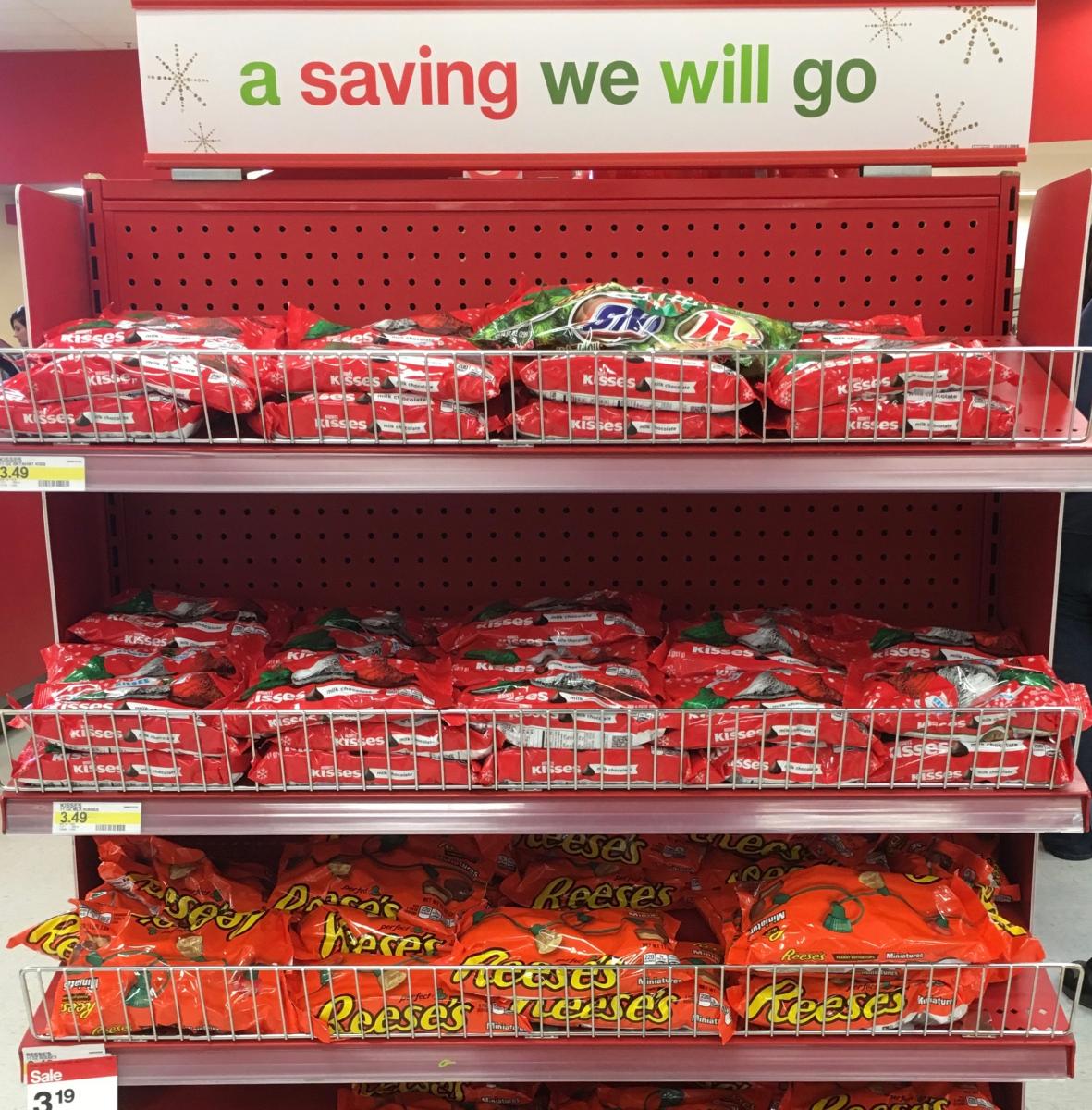 This is just regular candy, strategically placed at the checkout. There is no standout characteristic of Holiday Candy. It’s just a Hershey’s kiss with a red wrapper. But Target knows A. You are going to be famished after the running of the bulls that was your shopping experience. and B. The Reese's Trees make such good stocking stuffers. Those Reese's Trees aren't going into the stockings and we both know it.

$3.49 if you’re only buying one bag, which you are definitely not. 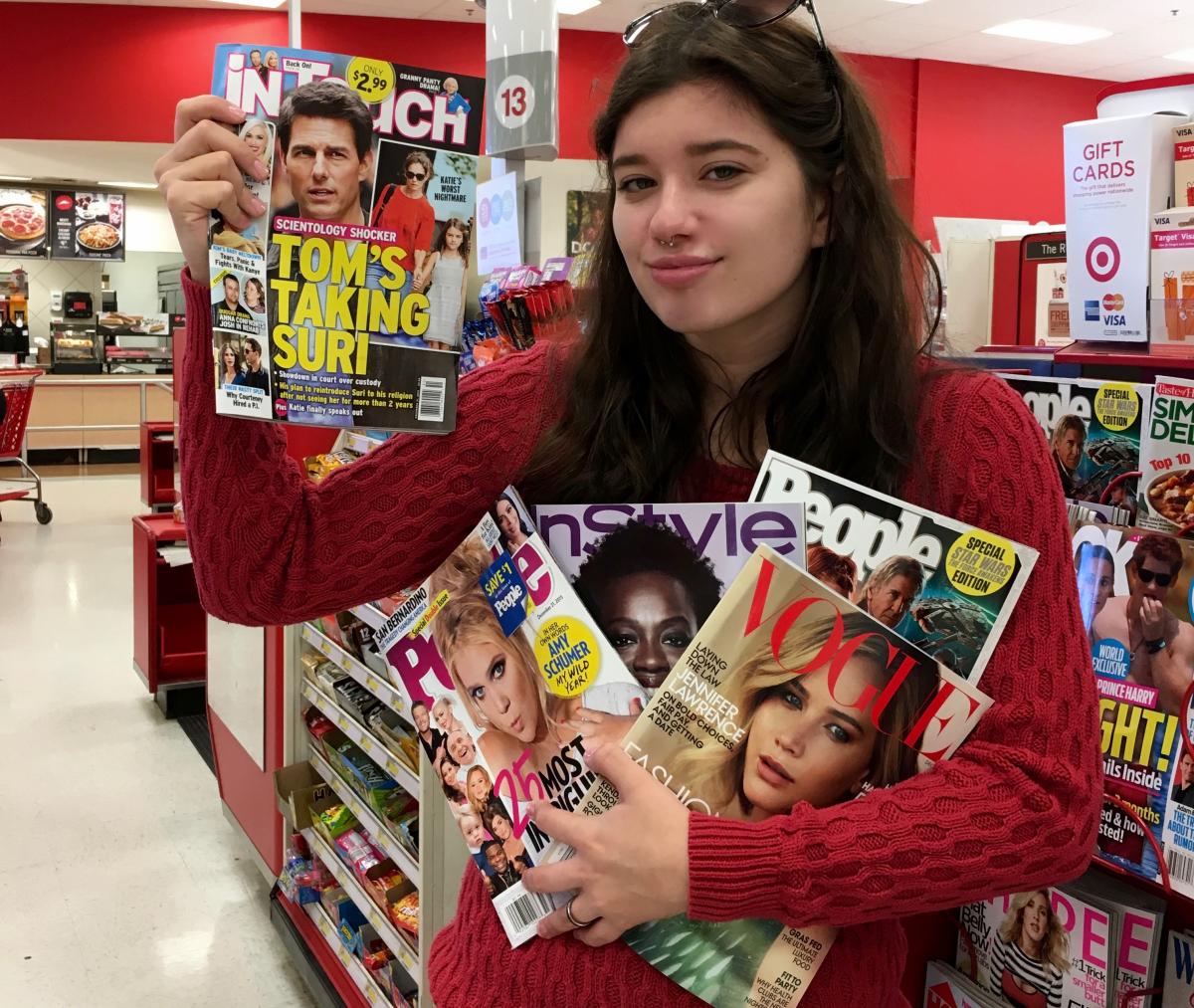 BONUS RIP-OFF: Checkout stand magazines. The roundup issues have you by the short-hairs. Who WAS the sexiest person of the year? OMG, WHY did Blake and Miranda get divorced? Why is he dating Gwen Stefani? Where did they MEET? Tom is taking Suri? WHERE?? And who really are the most intriguing people of 2015? Buy all of these magazines or you’ll never know.

Good luck, friends. May the Force be with you.

If you like this article, please share it! Your clicks keep us alive!
Tags
target
Christmas
holiday
star wars