Ask Erin!: I Have Sexual Tension With A Friend, What Should I Do? 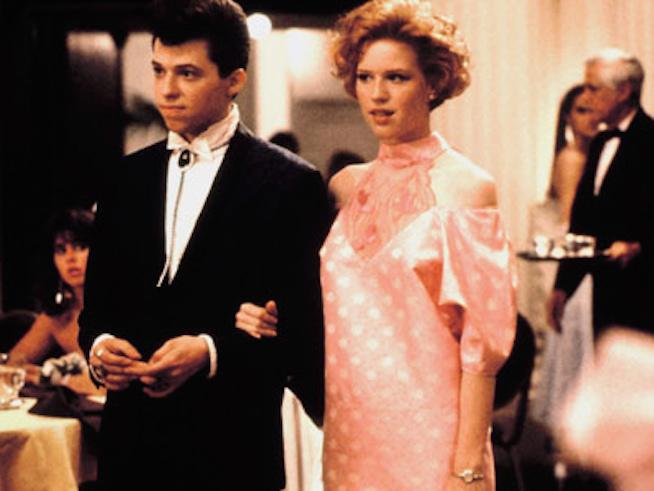 She’s made all the mistakes, so you don’t have to…Ask Erin! is a weekly advice column, in which Erin answers your burning questions about anything at all.

Sexual tension between friends vis-a-vis comparisons to your favorite '80s films? Check! Shall we?

I thought dating was supposed to get easier as I got older! I have a close friend and there has definitely been some attraction (well ,on my part for sure...and his too somewhat) over the years. Neither of us has actually ever done anything. We occasionally make jokes about getting together but it stops and starts there as a joke.

Sometimes it seems like he goes out of his way to be so nonchalant about who I’m dating or acts like he doesn't care. (Which I understand because I do it too!) It’s ridiculous. We are very open with each other about practically everything else...but I find myself continuing to freeze up.

It’s all very 8th grade and we are both guilty...and both of us are in our 30s! Lol! Is this normal behavior for someone my age? I thought I would have grown out of this years ago...maybe it’s a self-preservation thing…I don't know! I have no problem flirting with some random guy I meet, but when I really like someone I act like I couldn’t care less. Is there hope for me? Please say yes!

Truth — I think this is less about having feelings for this person and more about not wanting him to get wifed up because: A. that will screw up the When Harry Met Sally vibe you’ve got going on, and B. you might want to have sex with him but not actually be in a relationship with him. This is not an unusual situation. In fact, if we all get a little honest with ourselves, we can probably recall a time (or three) when we had that friend that we treated like a bf/gf but didn’t want to date. We also didn’t want him or her to date anyone else, either.

I could be wrong. You could have true feelings for him.

Yes, there is hope for you. In fact, my husband and I started out as friends with burgeoning sexual tension. (He also told me he would never date someone like me, so he was glad that we were “just friends.” Exactly two weeks later we started dating and never looked back.)

Get real with yourself and figure out if what you’re feeling is the I-want-to-keep-Duckie-around-in-case-I-don’t-have-a-date-for-prom scenario or the I-am-a-tomboy-who-plays-the-drums-and-have-been-secretly-in-love-with-you-for-years scenario. If it’s the former, then stop the block, let him date, and you go date and be merry, too. If it’s the latter, well then, get honest, or make the move yourself. Whatever the outcome, it’s better than driving yourself crazy trying to interpret his behavior (and yours)!

I’m all out of answers (and references to John Hughes films) for the week — the month, for that matter. If you have a question for me about sex, dating, heartache, 1970s horror films, Labradoodles, brussels sprouts, or anything else, please email rarelywrongerin@gmail.com. As always, your anonymity is golden. xoxo

If you like this article, please share it! Your clicks keep us alive!
Tags
dating advice
love advice column
relationship advice