On Bisexual Erasure In The Queer Community 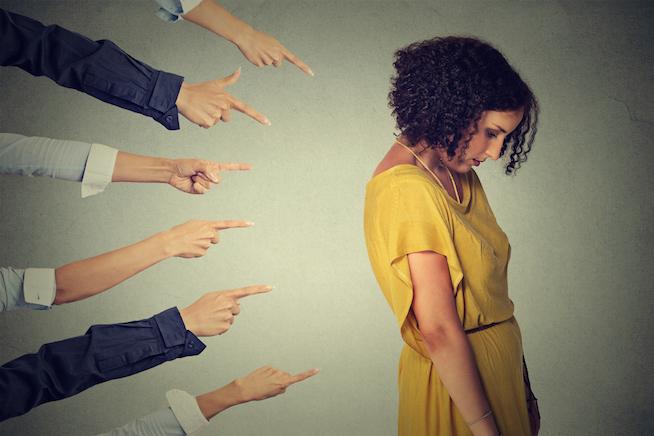 We are queer, but we are people, too. Our uniqueness is real, and it is valuable.

Your identity is valid. Full stop.

As a queer person who identifies mostly as bisexual, I've often felt like I don't belong in either LGBTQIA-designated or straight spaces.

The simple fact is that I usually identify as queer before bisexual because it confuses people. What they don’t realize is that the terms I use to define myself to other people depend on who they are — not who I am.

So while I may alternate between bisexual, queer, and even gay, I’m always the same in terms of my sexuality.

It’s mostly acceptable in LGBTQIA-designated and (some) straight spaces to talk about sexuality being fluid, but we tend to talk about it as if you can move from gay to straight, or straight to gay. (The former is acceptable — but just barely — and it’s not generally an “OK” thing to identify as straight after being known as gay.) What about people like me, people who just want to sort of float in-between and beyond that strict binary?

I explain these points to say this: On both ends of the sexuality binary, we’ve got some issues. We aren’t nearly as accepting and loving and judgment-free as we’d like to be, and this leaves people who identify with less- or non-binary sexualities feeling silenced, stepped-on, and ignored.

As a queer/bisexual person, I have personally dealt with microaggressions that left me feeling alone and unsure how to explain myself.

I've had straight and queer friends assume I've never dated anyone but women simply because of who I'm dating right now. I've had lesbian friends make fun of people who like men, and I've had queer friends say that one day I'll eventually “pick” a “side.”

I've even had lesbian romantic partners say that they're the only reason I'm with a girl, and that as soon as we end our relationship — I'd be back to boys.

Every relationship I’ve had, whether it was a hookup, a long-term monogamous coupling, an open-dating situation, or anything else, has mattered to me.

When people rather I call myself a lesbian because they don’t like the word “queer,” or get confused by bisexuality, they’re stripping me of years of relationships and connections, romantic and sexual.

But more importantly, they’re asking me to strip away different versions of myself to make them more comfortable. I was once a total boy-obsessed straight girl. I was that person for over a decade. I’m not going to just ditch that younger version of myself, or act like I was hiding some sort of queerness the entire time.

I was straight. It was real — not fake or forced.

I’m not saying any of this is or isn’t a choice, but I am saying that our sexualities and our genders count regardless of how we came to them.

No one should have to explain themselves to gain legitimacy. If we spend all of our time flashing our cards to get a pass into the queer club, we’re screwing ourselves over. At the end of the day, who's in charge of the gates? The white cis men who currently dominate the queer narrative?

LGBTQIA+ people are oppressed, and I would never argue that we aren’t. But we also need to be more open to discussing the ways that privilege embeds itself within that ever-lengthening acronym. Even when we mock the length of the acronym — as if it’s somehow a bad thing that more people are being included within a (supposed) community — we’re doing ourselves a disservice, and we’re hurting each other.

We’re saying that one identity’s experiences and validity is more important than someone else’s.

Your identity is valid. Full stop.

The history behind it and who you are will continue to build and change regardless of bullshit societal norms that would rather shove us all into easily-checkable boxes.

We are queer, but we are people, too. Our uniqueness is real, and it is valuable.

It doesn’t need to be approved by anyone else to be authentic.

If you like this article, please share it! Your clicks keep us alive!
Tags
biphobia
bisexual erasure
bisexuality
LGBTQIA
queer
dating
microaggressions