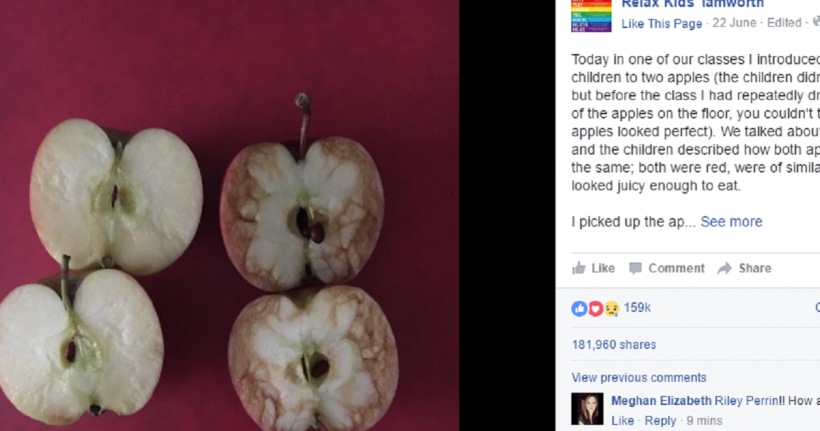 I for one will be adding an extra two apples to my shopping this week.

One Tamworth teacher is riding the mind blowing wave of ‘going viral’ after a post she shared on her Facebook page has over 140,000 shares, all because of her simple and very effective way of explaining to kids how our words affect others.

She started off by explaining how she set up the lesson:

Today in one of our classes I introduced the children to two apples (the children didn’t know this, but before the class I had repeatedly dropped one of the apples on the floor, you couldn’t tell). We talked about the apples and the children described how both apples looked the same.

I picked up the apple I’d dropped on the floor and started to tell the children how I disliked this apple, that I thought it was disgusting. I told them that because I didn’t like it, I didn’t want them to like it either, so they should call it names too.

Some children looked at me like I was insane, but we passed the apple around the circle calling it names, ‘you’re a smelly apple’, ‘I don’t even know why you exist’, ‘you’ve probably got worms inside you’ etc.

We then passed another apple around and started to say kind words to it, ‘You’re a lovely apple’, ‘Your skin is beautiful’, ‘What a beautiful colour you are’ etc.

I then held up both apples, and again, we talked about the similarities and differences, there was no change, both apples still looked the same.

The teacher says that after the lesson she observed what she called a ‘lightblub moment’ with the kids. It was like something just clicked. As parents, we are always telling our children ‘be nice to others’ but to have a very real, very visual representation of why we say these things just… works.

I for one will be adding an extra two apples to my shopping this week. 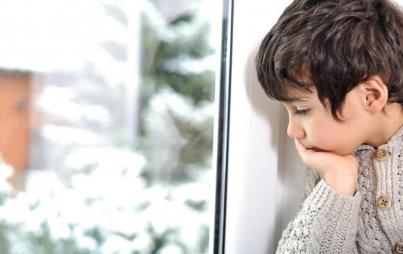