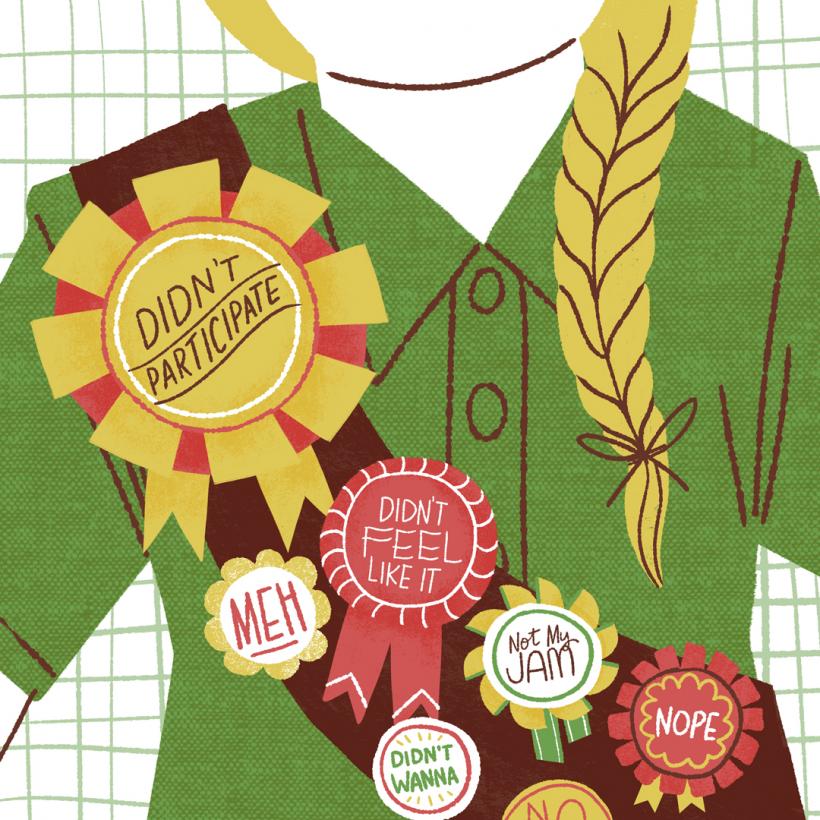 My 7-year-old daughter is in ballet. She is pretty good at it but keeps saying she wants to quit. I want to insist that she stick with it. I quit dance, and I have always regretted it.

Should I Make Her Dance?

I make my children take music in school. While I haven't made them endure private lessons, I did require all of them to do band at least in grade school — fourth, fifth, and sixth grade (or whenever it was available). I did this for a lot of reasons, but mostly because kids who take music generally do better in school and in life.

2007 was a busy year for my family. I had three kids — 7, 9, and 12. I had just completed nursing school and was working full-time nights on a busy labor and delivery unit while continuing my education toward my Masters during the day. We were active in our church. Our children were engaged in various activities. Our life looked the way lives often looked when you have active children and two working parents — busy. Really, really busy.

Offering options to your kids is a privilege; letting them make their own decisions about what they want to do is a gift you give to them — an opportunity to allow them to make choices about their lives.

One morning after a night shift, I found a note folded carefully and placed on my dresser. MOM was written on the outside. It was from my daughter, Kelsey, in 7th grade at the time and playing flute in the junior high marching band.

She was never a particularly gifted musician, but, as I said, I required them to enroll. Truth be told, she wasn’t very good. In fact, she was a pretty lousy flutist.

That morning the note I found on my dressing was effectively a notice of termination. It went something like this:

I’d already dropped her at school when I discovered the note. I wondered how much she must have dreaded that ride knowing I’d come home to find the note waiting. When I picked her up that afternoon, I told her I loved her and that it was fine, she didn’t have to do it — and she didn’t.

I asked her about this recently, the way I do sometimes when I’m taking stock of my previous parenting decisions and wondering if they were good ones.

Should I have made her stay? Did she wish I had?

She simply replied, “No. I was literally the worst.”

This made me think about the things we’ve made our kids do. That same year, my nine-year-old, Sean, who was playing football as the youngest on the team, had a terrible asthma attack and ended up in the ER the night before I had a Psych final. Sean was a big baby, prompting a chorus of “Look at your future linebacker!” from all the men who met him. I joked, “Watch, he’ll be a nerd.” But the truth is, like a lot of dads, his dad valued sports. That night in the ER, the doctor gave him an inhaler and an order to take a two-week break from football.

When the two weeks were up, I never expected him to return, but his father, my (now) ex-husband, insisted. Motivated, no doubt, by the machismo that so often accompanies organized sports, his father forced Sean to play out the season. I recall voicing a very serious concern not only about his health but about his desire to be involved in the first place, to which he replied something like, “You don’t quit when your team is relying on you.”

Sean finished the season, but he never played football again. It probably won’t come as a surprise to you that he doesn’t regret not continuing to play.

Which makes me wonder: why don’t we let them execute their free will more frequently?

Offering options to your kids is a privilege; letting them make their own decisions about what they want to do is a gift you give to them — an opportunity to allow them to make choices about their lives. What better gift to give a child than the chance to decide what activities they want to engage in? To trust their own instincts, to learn the consequence of choices — either good or bad.

So, SIMHD, my question to you know is this: are you angry your parents didn’t make you go, or are you angry at yourself for not wanting to?

Regardless of your answer, the second question is: How would your life have progressed if you’d continued dancing? Would you have become a professional?

The third question is, of course, how would your daughter’s life be enriched by you making her do something she doesn’t want to do?

As parents, I believe that most of us really are trying to do our very best. You will make mistakes. Your children will forgive you for them. The trick is trying to make as few as possible, apologizing for the ones you do make, and minimizing damage along the way.

As it so often is, the answer is in your question: you wouldn’t have asked me if you didn’t believe you should let her quit.

Here’s the truth: She’s going to grow up and need therapy regardless. If you make her stay in dance, she’s going to say you didn’t let her choose. If you let her quit, she might very well say she wishes you’d pushed her. Which one of those things would you rather hear?

And, as always, keep talking, keep laughing, keep hugging. The manual your kids didn’t come with is inside you.

If you like this article, please share it! Your clicks keep us alive!
Tags
parenting
mother
Kids
Children
decisions
activities