Having A Mental Illness Doesn't Make Your Feelings Invalid 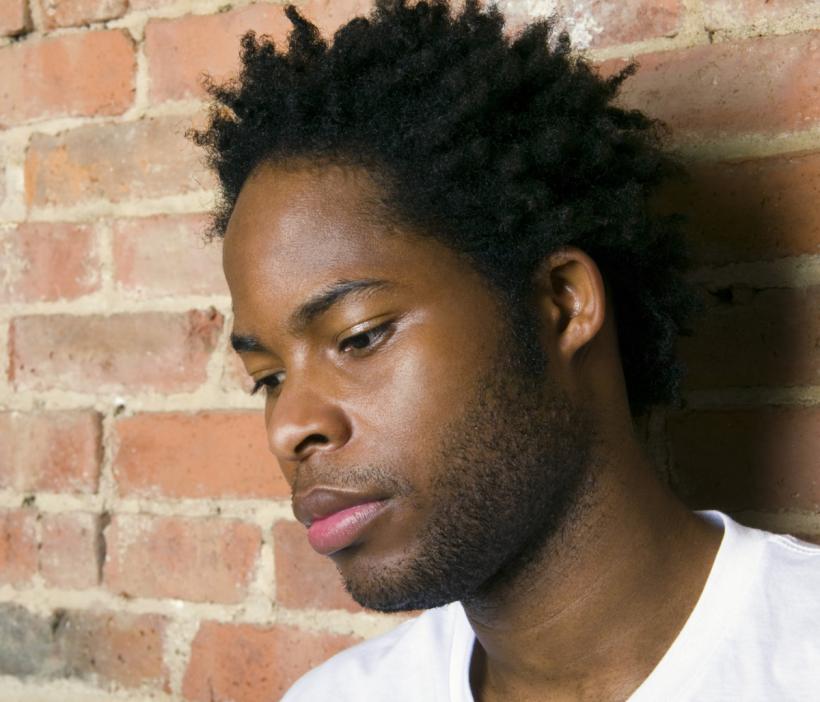 Your feelings are valid. Image: Thinkstock.

Mental illness doesn’t mean you deserve to live in fear of your feelings.

As much as I’d love to preserve the idea that I’m just some sort of genius when it comes to language, this is very much a deliberate move.

My name is Matt Joseph Diaz, and I have lived with Bipolar II Disorder since 2013.

A while back, I was dating a woman who lived a few hours away. The distance became a real source of tension in the relationship, though neither of us wanted to admit that things weren’t working out (this is going somewhere, I promise.) When we finally sat down to have a conversation about where the relationship was heading, I finally felt prepared to say what I was feeling. I explained to her why I felt that things weren’t working, what both she and I were doing wrong and what I felt we’d have to change.

After five minutes of explaining my perspective on the situation, she was silent for a long time before she finally spoke. “I think you’re just having another depressive episode; you won’t feel this way tomorrow.”

I left her apartment that day and never went back. That single sentence was enough to tell me everything I needed to know to end the relationship, for a simple reason:

Having a mental illness doesn’t make your feelings invalid.

People who live with mental illness are aware of how our brains work differently. Because of this, we constantly go the extra mile to try to validate what we’re feeling within ourselves before even considering voicing an opinion out loud. This takes many shapes and forms, from prescription medication to behavioral therapy, or even just taking the time to learn the ins and outs of whatever we’re experiencing.

My feelings sound “rehearsed” when I explain them to others because they often are. When I’m feeling something that I know could be a point of contention with someone, I find myself going through an entire series of checks and balances to make sure I’m not behaving impulsively. I wait anywhere from hours to days to make sure that my feelings are consistent, I check for the hazy thinking I typically associate with depressive episodes, and I’m careful not to be accusatory or come off as too angry.

For so many people living with mental illness, a lot of our time is occupied with trying to pass as “normal.” We try to suppress our natural reactions to the world around us so we don’t come off as “crazy,” to the point where many of us don’t tell others or speak openly about our diagnoses.

Feelings are complicated. They’re messy, and very rarely are the things you’re feeling ever actually clear.

I didn’t speak openly about living with bipolar disorder until recently, and this is only the second time I’ve ever written about it publicly. It’s very personal for many people. When someone shares information about their mental health with you, and you just use that information to ignore their feelings and opinions, it feels like a betrayal. It makes us feel like we have to go back into hiding our mental health status — or even worse, that we are actually crazy.

Feelings are always valid. Mental illness or no, it’s really that simple.

You can disagree with someone’s feelings, and they can be rooted in misunderstanding or seem outlandish, but they always matter. Our feelings are the result of what we experience and who we are — they’re involuntary and demand to be felt, and as such, they deserve to be treated with care.

I’d like to say something to those of you living with mental illness, as well as those of you who aren’t, but know and care about someone who is.

To those of you living with mental illness: Dude, it’s fucking rough, isn’t it?

Sometimes it feels like there’s nobody you can trust, not even your own mind. I want you to know that no matter your diagnosis, the things you’re feeling deserve to be respected. People can take issue with what you’re feeling, but first they have to approach you with respect.

At the same time, be patient with the people in your life to whom you open up — those not living with mental illness often have trouble grasping it, and being a support system takes some adjustment.

Communicate with those people you’ve enough opened up to. Let them know when what they’re saying isn’t the kind of support you need at the moment, and trust that those who care will make the effort.

To those of you who aren’t living with mental illness: This piece wasn’t meant to insult you.

Caring for someone living with mental illness is tough, especially if you have no experience with it yourself.

The biggest piece of advice I can give you is to listen. After my diagnosis, I found myself feeling an almost-palpable distance between myself and those close to me because I was afraid of rejection. I felt this way until someone reached out and told me that what I was feeling was valid — and more importantly — that what I was feeling was real. Encouragement and communication can do wonders for both you and the person in your life living with mental illness.

Feelings are complicated. They’re messy, and very rarely are the things you’re feeling ever actually clear.

However, complex as they are, they’re also what brings about life’s most incredible and wonderful experiences.

Mental illness doesn’t mean you deserve to live in fear of your feelings. You deserve to be treated gently and taken seriously. There’s a universe of emotion within you — a life of love and passion, of sadness and anger, and they all have their place.

Those feelings are always valid, and they’re always important.