I Was Cyber-Bullied. This Is How It Felt. 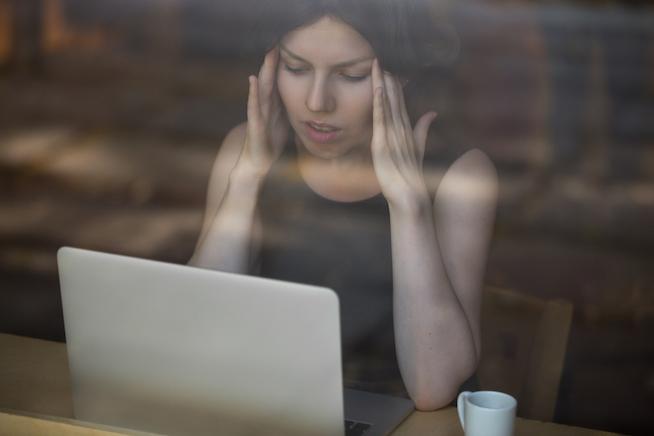 I was freaked out beyond belief.

I was bombarded with messages from people telling me what a terrible person I am, how I’m a “bitch,” a “cunt,” a “feminazi,” and other awful things.

As a journalist and outspoken feminist, I always knew the risks of being online. I’ve read stories of extreme harassment and doxing, such as when a troll pretended to be writer Lindy West's deceased father or when game developer Brianna Wu received death threats and had to flee her home.

Don’t get me wrong, I’ve experienced my fair share of trolls, mostly on Twitter and in YouTube comments. Those types of trolls are easy to deal with. You can ignore them on Twitter, though sometimes it’s fun to retweet their horrible words to show the world what you put up with. On YouTube, you can disable comments or replies to your comments, as well as block certain users.

It’s annoying, but it's one of the unfortunate consequences of being so engaged on the Internet. As long as the Internet enables everyone to have an “equal” voice — and as long as women and other marginalized folks speak up about injustice — there’s always going to be those trying to shut us down.

However, it wasn’t till this past winter where the realities of what I’m doing as a journalist and a feminist activist started to set in.

Back in December, I wrote a piece for Guerrilla Feminism about the harassment with which women in online-based STI support groups are met. I received a great deal of backlash from that piece from the online herpes community — specifically from other women. No matter how many times I reported harassing comments and messages, Facebook never saw them as violating their “community standards.”

Instead, it was I who was banned for 24 hours, simply for defending myself.

Since March 2015, I’ve helped to admin an intersectional feminism group on Facebook called Fantastic Feminism. I love watching our membership grow, and I smile every time I receive a message from someone telling me how the group has helped them learn and grow as a feminist.

The other admins and I have tried very hard to foster a safe and supportive community space. We even went so far as to have a new members' survey as a screening process for people who want to join. For the most part, we were successful at keeping those with less-than-authentic intentions at bay.

What we weren’t prepared for was being targeted by a group called Anti-SJW (“Social Justice Warriors”), a group of over 5,000 people from all over the world who have one thing in common: hating people who are outspoken about feminism and other forms of social justice.

They quietly infiltrated our group with fake accounts, taking screenshots to make fun of us in their own group. Obviously, we removed anyone who didn’t complete our survey or who acted in a problematic fashion — but some of these stealth accounts still managed to slip beneath our radar.

It wasn’t until I got a private message from a random guy hitting on me that I knew something was up. I alerted the feminist group, and then got another message from him telling me to stop posting about him in a “hate group.” I blocked him, thinking that would be the end of it.

But a few hours later, I was bombarded with messages from people telling me what a terrible person I am, how I’m a “bitch,” a “cunt,” a “feminazi,” and other awful things. The other admins and I began to crack down on the group’s membership, deleting over a hundred people who were inactive or seemed suspicious or fake; we also stopped allowing new members. We felt like we had an obligation to maintain the group’s notion of being a safe space, especially since many members talk about sensitive subjects.

More of the people from the Anti-SJW group tried to join, and when they were denied, they messaged me personally to ask why. One of them was this lovely gentleman:

This guy had a public profile with his employer listed. Apparently, he was a substitute teacher at a grade school. I felt it was my duty to forward this screenshot to his school. They needed to know of their employee's dismissal of cyber bulling — a very real form of violence that causes children and teens to commit suicide.

And when word of this got out to the Anti-SJW group, the harassment just got worse. I received private messages on Facebook, comments on my public Facebook page, Tweets, and even emails filled with violent and hateful words. Some I responded to, but most just I blocked and reported.

Here are just a few of the dozens of messages I got during these four days:

One of my friends and a fellow admin in the feminism group went undercover in the Anti-SJW group and sent me screenshots them kicking around the idea of contacting my school and my mother (they actually did contact my mother via Facebook and her business email), as well as doxing me on 4chan and 8chan. In fact, that doxing attempt did occur — though, luckily, nothing resulted from it.

I was freaked out beyond belief. At its worse, I woke up to 58 notifications. Crash Override Network, with whom I was in contact, forwarded my screenshots to their connections at Facebook and Twitter, because none of the abusive messages or comments I reported myself violated the social network’s arbitrary community standards.

Seriously. Not one was removed.

I spent hours opting out of those strange websites like People Finders and Intelius that sell your personal information — and as this information is part of the public record, it's completely legal for them to do this. I even went down to my local police station in tears to file a report of aggravated harassment.

After a few days, the harassment died down. But this experience was a huge wake-up call for me: As a woman who is outspoken about social justice, this is what I will have to get used to. This is the price women pay for speaking up — people (read: misogynistic cisgender men) constantly trying to shut us up, keep us in line, and make the virtual space of the Internet mimic real life.

But the Internet is a social equalizer. The Internet is our space. And though this experience will haunt me for a very long time, I will not let these people silence me.

Getting Herpes Was A Gift
Rafaella Gunz

I Was Cyber-Bullied. This Is How It Felt.
Rafaella Gunz