What's worse than being ostracized or criticized because you look a certain way is when others form extremely biased judgments on your character or reinforce stereotypes or double-standards because of how you present yourself. Image: Valerie Bevilacqua.

Why is it that a standard-size model can wear a bra in a commercial, but a plus-size one can't?

You buy their bras for the "push-up effect," couldn't stand to miss their annual runway show, and can't help but marvel at their bare buxom bodies when the models strut their stuff in commercials. You can't stop loving Victoria's Secret, and even though they may inadvertently represent one standard ideal, you secretly wish you could switch lives (and inevitably, bods) with Candice Swanepoel or Lily Aldridge.

But despite the old adage that sex sells and the reality that provocative Victoria's Secret commercials exist, it's somehow too "sexy" for on-screen Lane Bryant ads to be played as well.

Back in 2010, then up-and-coming "plus-size" model Ashley Graham fell victim to becoming the face of a Lane Bryant commercial banned on ABC. Why? Because apparently, Graham's 38D cleavage was too voluptuous and "sexualized" for the channel. 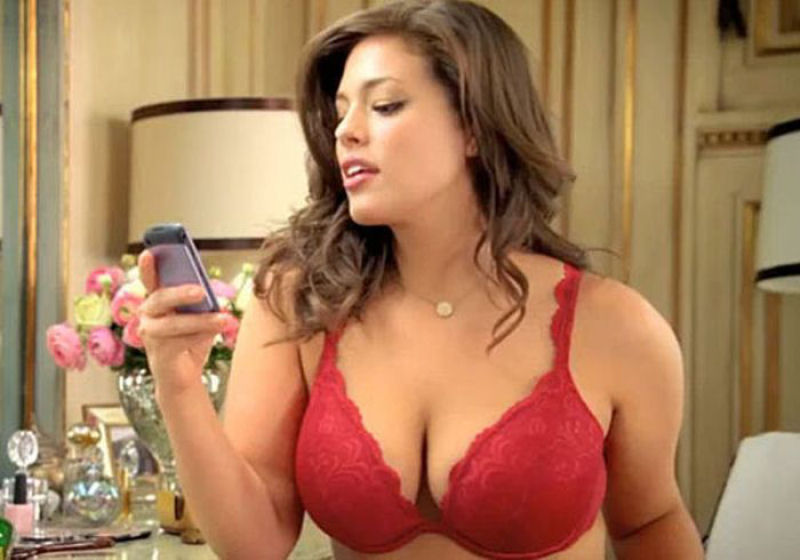 While Graham made a valid point in comparing both Victoria's Secret and Lane Bryant commercials — noting that the Victoria's Secret ads were just as, if not more, explicit — it's quite obvious that the only glaring difference between both companies is the size of their models.

Since the average American woman wears a size 14, it would be ridiculous not to include a commercial that relates to (or even allows) what at least half of the population could purchase, as opposed to just appealing to our remaining slimmer demographic.

So why would a sexier (or equally sexy) Victoria's Secret commercial be aired and celebrated, where a just-as-tame (or even-more-tame) Lane Bryant commercial be prohibited and scrutinized? Why would Adriana Lima be applauded for her bust, while Ashley Graham is body-shamed for showing too much?

Well, simply because in the Lane Bryant ad, there was more to show. And when there's more size or "curve" to show, it's immediately translated to more skin and more sex appeal, as unfair as that may seem.

As a curvaceous 27-year-old who developed early, I was constantly reprimanded for my selection in attire. Whether I was complimented by strangers or nagged by loved ones, one thing was made certain: my well-endowed "assets" caught both positive and negative attention, even when it was out of my control. 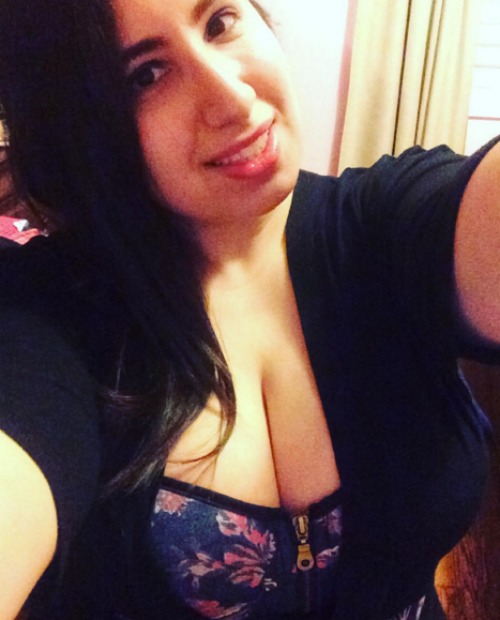 Yes, particular wardrobe choices are designed to be sexy: miniskirts, low-rise jeans, crop tops, etc. And while this attire could appear revealing on anyone of any size, shape, or age, it can be even slinkier on someone with big boobs and a big butt. (Hell, even the highest of shirts and the loosest of leggings look inappropriate on me.)

All of my fellow ample ladies can preach you have to be extra careful when buying clothes because that blazer may put your girls on a platter or your blouse may expand to that open gap in the middle of two buttons. While I stray away from short skirts and belly tops now, my well-endowed cleavage is difficult to hide in even the most conservative of shirts.

I'm all for dressing for your body type and wearing attire that flatters your curves. But I also believe in freedom of expression and wearing what you want. If you're going for a night out with your girls and prefer to doll up more than usual, you shouldn't be shunned for wearing clubwear at a club or place that's suitable to do so, especially just because you're more rubenesque than some societal expectation of what's considered beautiful.

But what's worse than being ostracized or criticized because you look a certain way is when others form extremely biased judgments on your character or reinforce stereotypes or double-standards because of how you present yourself. 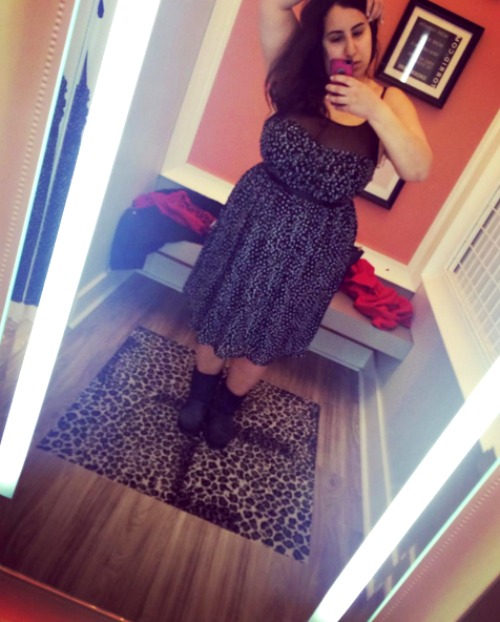 Of course, you may need to abide by a dress code or convention for professional or personal purposes. Perhaps you're going to a job interview, date, family event. My issue is that a thin girl and a curvy girl can wear the same outfit (let's just assume it's not something over the top, such as a pencil skirt and scoop neck); but the thin girl is perceived to be stylish, whereas the curvy girl will be seen as promiscuous. Why? Simply because of the size of her breasts.

Women, including myself, are shamed for wearing more provocative clothing because of their voluptuous body type. Even if more slender women tend to carry more weight in their busts and curves, they still somehow "get away" with the low-plunging necklines and booty shorts.

But slut-shaming doesn't just happen to thick women. Think of Meghan Trainor's first hit "All About That Bass." She reverses the body-shaming onto thinner girls and promoting curvier ones who are "bringing booty back." But in a way, the singer is also suggesting that being curvier is sexier than being skinnier. 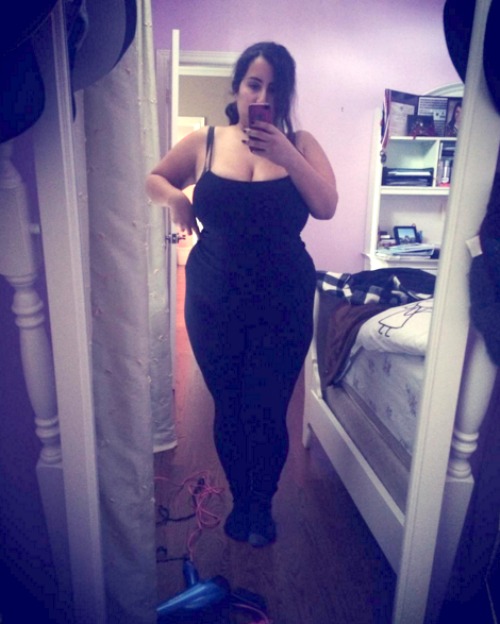 While her intentions to create an anthem for fuller-figured women were good, she's also involuntarily degrading skinny women while she's at it. Yikes.

At the end of the day, we can't control or care what others think of who we are or what we wear and we should neither put down ourselves or others for wearing something because of their size or shape.

Finally, we should never make someone feel ashamed of their body or choices because in doing so, we may be unintentionally objectifying them by their appearance, instead of getting to know who they are as a person.