Is It Possible To Die From A Broken Heart? 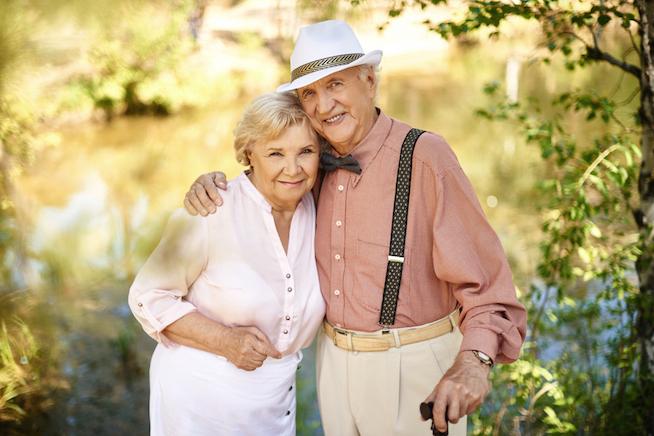 After 55 years of being by his side every day, being apart was more than she could handle when he became ill.

Somehow she knew it would be the last time she saw him. They had lived together in their house for 37 years until it became necessary to move to an Assisted Living Facility. Not their choice at all, but they could no longer maintain their home, their finances, their nutritional needs and more.

They met in their mid-twenties on a blind date at the beach. They sat on a blanket smoking cigarettes; she, shy and unsure of herself, was immediately intrigued and attracted to the young man a year and a half her junior. She must have had an open heart; he had just had all his teeth pulled. She didn’t care; she saw a kind and gentle soul. Two months later, he had a new set of teeth and a bride, marrying in his parent’s backyard.Within five years they had two children, a boy, and a girl, just like she wanted. She loved being a mom and a wife. They moved as a family across the country twice, settling in Central Florida and buying a home after many years of renting.

My parents rarely fought. They bickered and disagreed, but I don’t remember any ugly scenes. I just remember love. Whenever they did get on each other’s nerves, it didn’t last long. Especially if I put their favorite song, The Nearness of You, on the record player. It was impossible for them not to stop fussing and begin to laugh and hug and kiss each other when they heard it.

They loved each other’s company. It was rare they were apart if they weren’t working. They just loved to be together. A lot of husbands don’t enjoy going to the grocery store with their wives. Dad always did. Probably to keep her from spending too much, but regardless, they did it together. I have many memories of them walking through grocery stores and malls holding hands. My parents didn’t have any issues with public displays of affection.

I have fond memories of them bowling and square dancing together too. They got up together every morning, and went to bed together at the same time every night, after the evening news. When they both retired, they drove around the country, stopping to visit friends and family. Just the two of them. Inseparable.

As with many people, aging was not kind to my mom and dad. He went through a bout of Leukemia and shingles. She – a heart attack, congestive heart failure, kidney issues and breathing trouble. Her heart surgery went fine, but she contracted MRSA in the hospital and required more intensive surgery that she nearly didn’t survive.

But she pulled through. She was a fighter and she needed my father. And he needed her too. He sat by her side every day in ICU, then at the long-term hospitals and rehab facilities where she was moved for recovery.

Finally, she came home and they enjoyed a few quieter years together with me checking on them daily.

But there soon came a time when they needed more. Much more.

Dad was showing signs of Dementia. Medicine and meals were missed. Food was rotting in their fridge. Bills weren’t getting paid. Little by little, their well-being was eroding and I was struggling to help them maintain.

It took a crisis of their phones being shut off and nearly their electricity too, to really understand their situation, and while it was one of the toughest decisions I ever made, I moved them to an ALF and sold their home.

It started with him sleeping more than usual which I attributed to depression; sleeping is a great escape when you feel you are “having your life taken away from you.”

For a while, Dad did well. Even though he had early dementia, he still was able to drive and he became involved in activities. Mom was less happy, but she was safe, her medications were managed for her and I was finally able to sleep.

And for a couple years, life was status quo. Until it wasn’t.

Little by little, Dad’s mind began to slip and then continued to slip away. It started with him sleeping more than usual which I attributed to depression; sleeping is a great escape when you feel you are “having your life taken away from you.”

And the slide continued. His confusion increased as his cognitive mind decreased. One of the hardest days was having to take his car away. His self-care began to erode. There were days he didn’t get dressed or shave. He wasn’t eating very much. He slept much more of each day than he was awake.

Mom was frightened. She felt isolated and alone. I could tell she was grieving as she watched the man she loved so deeply slowly disappear. I felt the grief as well. The meds the neurologist prescribed we had hoped would slow down what was happening to his mind. didn’t seem to be slowing down anything at all.

Then the phone calls from the ALF staff began.

“We are having a problem with your father. He is wandering into other resident’s rooms.”

We all knew it wasn’t intentional. He just had no idea where his apartment was, after five years of living there. And with each passing day, it became obvious he needed more help with activities of daily living as he could no longer care for himself and Mom was unable to care for him.

This was where the heartbreak began. Dad had always provided for the family and Mom and always been, well, Mom, the nurturing rock as many mothers are. When she became sick, he took over, administering her medications including insulin four times a day. Now neither of them could help each other and he was becoming a shell of the man he used to be.

A painful decision was made to move him to the Alzheimer’s unit. My parents had never been separated before. Mom moved to a smaller apartment a short time after. She became increasingly depressed as his mind continued to drift.

I spent hours trying to reach him. Singing to him. I have read many studies that music is the last thread some Alzheimer’s patients hang onto and there were times he would nod and hum along.

Mom hated going to see him in the Alzheimer’s unit. It bothered her immensely. My stress increased as well trying to help both of them. She called me often, leaving voice mails if I wasn’t available, always asking about my dad. How was he? She was so worried about him. Her grief was palpable.

About six weeks after his move to the unit, Mom asked to go see him. Her color was not good. We entered the unit and found Dad sitting outside his room in his chair – the one I brought down so he would have something familiar. He seemed lost in his own world.

I paused as I heard the music on the sound system. The Nearness of  You was playing. What were the odds that their song was filling the room. Divine intervention perhaps?

He nodded slightly and looked at Mom. I began to sing in his ear the words and he continued to nod. I glanced at Mom; tears were running down her cheeks. Somehow I helped him stand up, and she did too and they gave each other a hug. I asked him if there was anything he wanted to say to her and he croaked out “I love you,” in a raspy voice, then sat down and closed his eyes.

Mom was shaking by now and asked me to take her back to the main area, out of the Alzheimer’s unit. It was just too painful for her.

The next day, the call from the ALF was not about him, but her. She was being rushed to the hospital: her broken heart had stopped beating.

If you like this article, please share it! Your clicks keep us alive!
Tags
Alzheimer’s
dementia
Relationships
dying
hospice

Is It Possible To Die From A Broken Heart?
Barbara Abramson

The Lesson That Made My Marriage Stronger
Barbara Abramson

The Day I Knew I Married The Wrong Guy
Barbara Abramson

Living With The Guilt Of Letting My Father Go
Barbara Abramson