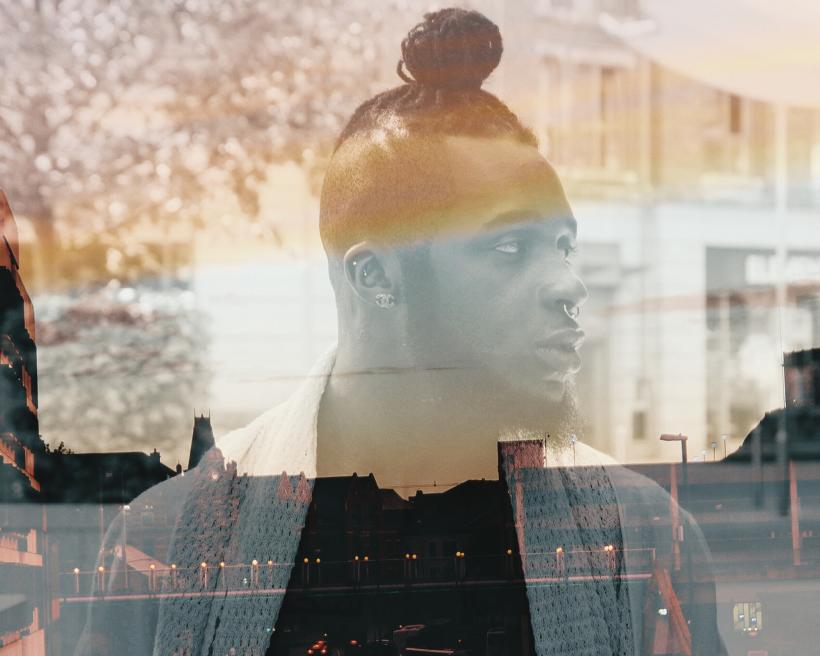 I went by the umbrella term “queer” for the first year and a half because I was convinced I didn’t qualify as bisexual. Image: Imani Clovs/Unsplash.

Just like that, I found myself realizing I wasn’t nearly as straight as I thought I was.

Sexuality is a topic that’s difficult to write about, for a lot of obvious reasons.

Sexual identity is something that’s unique and personal to every human being, and as such, my experience is unlikely to mirror yours in many ways. This isn’t a bad thing: It takes all sorts to make a world, and we need stories of all kinds to enter the discourse.

While there have been major strides in LGBTQIA recognition and rights over the past few years, our culture is far from accepting and normalizing people that live outside of the far left side of the Kinsey scale. All of your stories are important, and they all deserve to be heard.

So, for what it's worth, here’s mine.

I officially came out as bisexual in a video earlier this week, an act that seemed to surprise basically no one in my personal life. Most of my close friends knew, and I have no doubts about my family being as supportive and loving as ever.

Even so, the act of coming out was more meaningful than I expected it to be — as I spoke the words into my camera, with literally nobody around to listen, it all felt the more three-dimensional.

It felt like the first time I was telling the world, and telling myself.

I discovered this new aspect of my sexuality fairly late into my adulthood. I’m 23 and I’ve only known I’m bisexual about a year and a half, and for most of it I just went by “queer.”

Here’s how it happened.

I was at a bar downtown for happy hour, waiting on a friend who’d end up canceling on me later that afternoon. With it being half-priced liquor in the heart of Manhattan, the pub was packed and I was alone in a little two-person booth.

After a while, a guy asked if he could sit on the other side of the booth while he waited for his buddies, and we struck up a conversation.

While I certainly had no qualms about being able to admit a guy was good looking, I didn’t think I had any interest in him.

He struck up a conversation about a podcast I was listening to, we hit it off really quickly, and after 15 or 20 minutes of talking, he — in a very hey bro let’s grab a drink kind of way — asked if he could buy me a beer.

I said, “That would be awesome,” and he got up, walking over to the bar.

Just as I began to think, What a friendly fella, he looked back at me and winked.

Did my dick just twitch?

Just like that, I found myself realizing I wasn’t nearly as straight as I thought I was.

I ended up going out with Josh once or twice, but nothing really happened — partially because it just wasn’t there, but mostly because this was still all new and weird and scary.

I went by the umbrella term “queer” for the first year and a half because I was convinced I didn’t qualify as bisexual. In the 16-or-so months I’ve known about it, I’ve only found myself physically attracted to a handful of men, and even in those cases, I’ve never gone much further than a half-drunken make-out session.

I’ve referred to myself as 95% women to 5% men, and because of what I was taught, I thought that it meant I didn’t count. Bisexuality is something that’s often been dismissed and written away as being “indecisive” or “just wanting attention.”

After telling some of my closest friends over cigarettes outside of our usual bar, a group of girls nearby overheard and began to ask how “far” I’d gone. I quickly found myself having to explain my “credentials” as a queer person for the first time, but surely not the last.

I don’t need to kiss a girl to prove I’m still interested in girls. We aren’t in high school anymore; this isn’t Truth or fucking Dare. This is my identity.

In the small amount of time I’ve known of this new part of my identity, I’ve dealt with having straight men asking, “You still mostly prefer pussy though, right?” I’ve also had gay men take my bisexuality and the relative infrequency of my attraction to men as some sort of challenge.

Even within the queer community, there are subsets of people who dismiss bisexuality entirely. This is slowly being phased out, but I’ve seen Tumblr posts from LGBTQIA people saying that anyone who “claims” to be bisexual but is currently in a heterosexual relationship “is actually straight and, therefore, not a part of the LGBTQIA community.”

This is all, for lack of a better term, fucking bullshit and completely untrue. I know this now.

If I get into a heterosexual relationship and spend the rest of my life with that person, I will still be bisexual. I will still feel that attraction to the man on the other side of the bar, even if I’m in love with my partner who happens to be a woman.

If I never date or kiss a man again, I will still be bisexual — my sexuality is not something that needs to be validated by a résumé of how many bases I’ve rounded, and with which genders.

I don’t need to kiss a girl to prove I’m still interested in girls.

We aren’t in high school anymore; this isn’t Truth or fucking Dare. This is my identity.

Your sexuality is real and it matters, no matter who you fall in love with or where you fall on the spectrum. It deserves to be explored and discovered at a pace you’re comfortable with, and even if you never truly figure it out, that’s OK too.

These labels we use are there to help us more easily identify who we are and possibly find others like us. They don’t exist to define us, to put us into categories, or to rank us according to how “real” our sexual identities are.

What I learned going by “queer” until about a month ago was that the word itself wasn’t what I really needed — it was to be truly comfortable with the scope of my sexuality.

I didn’t care that I ended up fitting into the label “bisexual.” I cared that using it to identify my sexual identity made it feel real for the first time, that saying “I’m bisexual” to that camera in that room was me insisting to myself and to the world that I existed and I would be heard.

If you like this article, please share it! Your clicks keep us alive!
Tags
bisexual
coming out
LGBTQIA
queer
identity
bisexual erasure
labels
myths