My Experience With Sexism In The Psych Ward 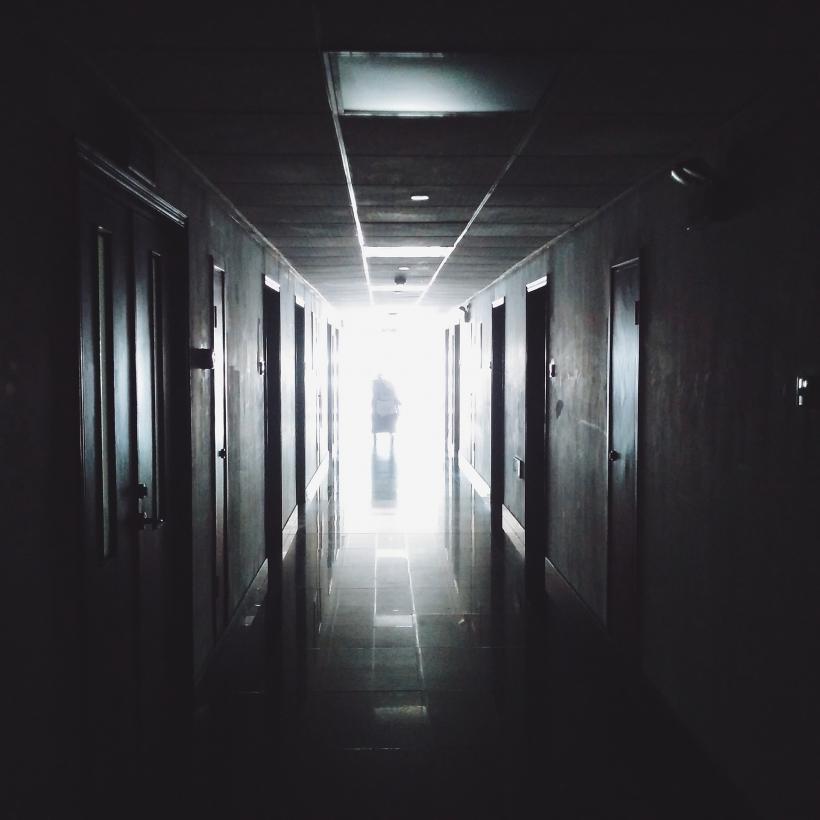 The men, it seemed, could say or wear anything they wanted, but the women had to protect ourselves from the men because they couldn’t control themselves. Image: Foundry Co/PEXELS.

How can I feel safe from rape culture in my neighborhood if I couldn’t in a locked psychiatric facility?

It was a Thursday afternoon when I found myself picking up a discarded, half-full water bottle on the subway, thinking that I could use it to wash down my new bottle of Depakote along with a few Dramamine to end my life.

It was a few hours later that I checked myself into the Emergency Department, where a psychiatrist told me I would be staying at the inpatient psychiatric ward for a minimum of three days under Section 12 of Massachusetts state law, which says that “failure to hospitalize would create a likelihood of serious harm by reason of mental illness.”

It was less than 12 hours before the staff found me a bed and moved me, filled with barely concealed fear, upstairs to my mental health “hotel.”

The only fitted thing I wore was a pair of jeans, but my sweatshirt covered my ass, so I rarely worried about being seen as a sexual object by the other patients.

I was wearing a pair of hospital scrubs that did my figure no favors, and a man’s tank top that revealed nothing of my cleavage. The last thing on my mind at that moment was what I looked like.

I was worried about how long I would have to spend in the beige landscape of 5 West before I could join the real world again. I was already missing my iPhone and iPad (the staff takes your electronics immediately upon check-in). I was scared of being isolated and out of contact with friends and family when I needed them most.

I have to admit that I was also filled with trepidation about the people with whom I would be sharing this locked hallway. Would there be anyone I could connect to on a real level, someone who I could think of as a friend? Were they suicidal like me? Were they schizophrenic? Were they prone to violence? Were they overly-medicated zombies?

At the same time, I was ashamed of myself: I wasn’t anyone to fear, so why should I be afraid of my ward-mates?

Well, apparently the sight of my collarbones and bare arms could send the men into a sexual frenzy that the staff might not be able to control.

When the nurse told me to put on another layer, I was too meek to do more than put on an oversized button-down shirt, thereby making myself “safe.”

And I stayed “safe” for the entirety of my stay on 5 West. I stuck to oversized t-shirts and hoodies. The only fitted thing I wore was a pair of jeans, but my sweatshirt covered my ass, so I rarely worried about being seen as a sexual object by the other patients.

Then I met Marvin.*

Knowing Marvin was sharing a locked space with me didn’t make me feel safe, but I never felt that I could say so — certainly not in front of him or to a staff that seemed to passively condone his behavior.

He was the only patient on 5 West with a “one-on-one,” meaning that he had a nurse with him at all hours to monitor his behavior. I came to learn that he was followed so closely because he had a history of “inappropriate conduct with women,” something I saw accidentally on his nurse’s page of notes.

And he followed through on that history. My first night, while waiting for the pharmacy to bring me a sleeping pill, I was pacing the halls in my pajamas: a long sleeved thermal and a pair of leggings. I was complaining about how a nicotine patch is nothing like an e-cigarette, and he asked me if I smoked. When I told him “Yes,” he said we’d have to smoke together sometime when we got out.

I murmured something noncommittal.

Then he asked me if I did yoga, giving me a long look up and down. Suddenly, I was very aware of the holes in my leggings, especially the one in the inseam, which I hoped he couldn’t see.

Insistent on meeting for a post-discharge cigarette, Marvin ran off to get a pen and paper before I could respond. His nurse said he was asking all the girls and that the easiest thing to do was give him a fake number.

He didn’t say he would talk to Marvin about how this wasn’t the place to be hitting on women. He didn’t say anything to him when he returned.

The nurse’s only response was to tell me how to react to his charge’s inappropriate behavior.

I followed the nurse’s instructions. I didn’t want to start an altercation in a place I couldn’t escape, a place where I was supposed to be tending to my health. But I tried to avoid Marvin after that. I never put on that pair of leggings again.

Every morning at 9 a.m., we had a community meeting. At the end, we were always asked if we felt safe and if we had anything that we wanted to discuss.

Knowing Marvin was sharing a locked space with me didn’t make me feel safe, but I never felt that I could say so — certainly not in front of him or to a staff that seemed to passively condone his behavior.

I held my tongue and kept my sweatshirt zipped all the way to the top.

It wasn’t just I who was affected by these strange policies: The more time I spent in 5 West, the more instances of sexism I witnessed.

[Us] women had to protect ourselves from the men because they couldn’t control themselves.

One girl, Ashley*, was leaning forward in her chair one night while working on a page from an adult coloring book until a nurse took notice of the gap between the bottom of her shirt and the top of her pajama pants. About three inches of her lower back were exposed, as well as a piece of a tattoo on her side. She was also made to cover her bare skin, and as she did, she apologized, saying that she had been trying to shed her baby weight but was in between her maternity and normal clothes.

I later learned that she was only three months postpartum. After that incident, she carried a blanket with her everywhere, draping it around her shoulders to cover any part of her body that might be a “distraction.”

On my last day, she was asked to put on a t-shirt or sweatshirt. Since she didn’t have either, the staff provided her with one. Apparently a tank top with a blanket covering her decolletage was inappropriate too.

Yet the men in 5 West were never subjected to the same rules.

One guy, Alex*, had a habit of wearing a johnnie as a shirt, but tying it in the front so that most of his chest was exposed. I saw him do this multiple times without so much as a comment from the staff. Another guy, Charles*, sagged his pants so low that his boxers were fully exposed whenever he sat down or stood up.

But again, this was somehow different.

The men, it seemed, could say or wear anything they wanted, but the women had to protect ourselves from the men because they couldn’t control themselves.

Or at least that’s what the staff implied.

There were 20 to 30 of us in 5 West, all there to deal with severe mental health problems. Some of us were suicidal. Some were anxious. Some were transgender and dealing with gender dysphoria and depression. Some were struggling with substance abuse.

We all needed a place to recover, a place where our problems could be addressed and dealt with, a place where we could feel safe. However, the way the women in the ward were treated couldn’t possibly have made us feel safe or comfortable.

In fact, it increased my anxiety. It gave me paranoia. I felt as if I had done something wrong simply by wearing a tank top.

This is a patriarchal notion, a form of slut-shaming that exists in so many areas of our culture, but one I never expected to encounter in a place so dedicated to rehabilitating the mentally ill. How can I feel safe from rape culture in my neighborhood if I couldn’t in a locked psychiatric facility?

But unfortunately, even in the safest of places, that’s the message that women are given: Cover yourselves — otherwise, you could become a victim.

If you like this article, please share it! Your clicks keep us alive!
Tags
sexism
slut-shaming
psychiatric hospital
mental health
Depression
suicidal