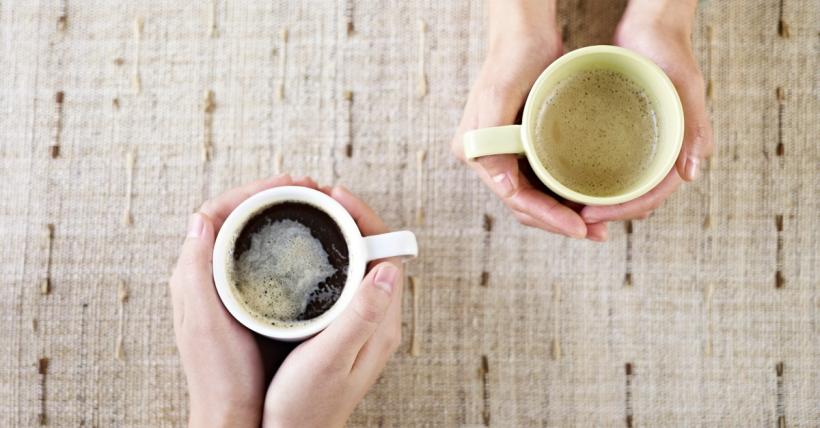 There was a sisterhood of women dealing with infertility and reaching out to each other for support, and I found myself thrust into it at a time when I needed that sisterhood the most.

Years ago, just hours after finding out that my first IVF cycle had failed, I got a tattoo. It wasn’t my first, or my last, but it was far and away my most spontaneous ink.

In a fit of desperation, tears streaming down my face, I walked into that tattoo parlor and I requested that the words “Everything happens for a reason …” be tattooed across my right foot. I wanted it to be where I would see it, and be able to read it, anytime I was ever looking down.

Everything happens for a reason …

I don’t regret any of my tattoos, but if I could redo any of them, that would probably be the one. At the time, I just needed to feel something that wasn’t the breaking apart of my own heart. But I no longer believe that everything happens for a reason. Some tragedies just seem too awful to be part of any grander plan.

Instead, I’ve revised my philosophy a bit — today I am simply convinced that good can always come from bad.

My daughter is a perfect example of that. If it hadn’t been for infertility, and all those years I spent crying and breaking apart, I know I never would have been moved towards adoption as a single woman at only 29 years of age. Infertility damn near broke me, but it also brought me my greatest blessing in life: a little girl I would walk through fire for today.

She is my good that came out of bad.

There was something else pretty amazing that came from those years of battling infertility, though. I gained entrance into a sisterhood I hadn’t even known existed prior to that point.

A sisterhood made up of fierce, courageous women I continue to learn from today.

When I was first diagnosed with Stage IV endometriosis and told that my fertility had become a now or never proposition, I didn’t know anyone else who had faced anything similar. All of my friends were at the point of marrying and having babies themselves. Several had gotten pregnant without even meaning to.

Meanwhile, I was 26 and single, being told that it might never happen for me at all.

The whole thing was crushing, perhaps even more so because I didn’t feel like there was anyone I could talk to about it. My friends couldn’t relate, and even those who were most empathetic and anxious to help were often at a loss for what to say.

It wasn’t their fault. But knowing that didn’t make me feel any less alone.

So, on the suggestion of one of those friends, I started a blog. I titled it “Single Infertile Female,” and I began to type the words I didn’t feel I could speak to anyone.

At first, it was simply a practice in getting the words out of my own head. But before I knew it, people were commenting on that blog. They were relating to what I was saying.

They were telling me they understood.

Making friends online had never occurred to me. I had real friends. The kind of friends I went to coffee with and could call up on the phone whenever I wanted. The idea of Internet friends seemed completely and totally bizarre to me. Surely only losers living in their parent’s basement sought out friends online.

But then, there I was, making friends online.

I soon discovered a whole underground society of women dealing with infertility. They were meeting on blogs and in community forums across the Internet, baring their souls, sharing information, and providing each other with shoulders to cry on. I began to dig into their stories, to get to know their names, and to find that I wasn’t the only woman still in her twenties facing the prospect of never carrying a child beneath her heart.

There was a sisterhood of women dealing with infertility and reaching out to each other for support, and I found myself thrust into it at a time when I needed that sisterhood the most.

At a time when I had been so sure I was drowning, before being saved by a group of women I had never met.

We’ve moved on, but we’ve remained connected; bound by that sisterhood that brought us all together in the first place.

It was a sisterhood that introduced me to some of my real life friends as well. One found my blog and began e-mailing me when she realized we lived in the same city. We met for the first time just days before she was meant to begin her own first IVF cycle (only months after my second had failed). And we connected over a shared history that no one else in our lives could relate to.

Today, she is one of my closest friends. I spend weekends in the summer at her cabin, Christmas Eve’s with her family, and she and her husband are named in my will to take my daughter, should anything ever happen to me.

The sisterhood of infertility.

I have another close friend I bonded with quickly after her husband heard me talking about my own history and urged me to talk to his wife; they were just beginning fertility treatments themselves.

Today, she is part of a close-knit group of people I consider my family. Her son, conceived via IVF, and my daughter are the best of friends.

It happens like that more frequently than you might think. Back when I was struggling myself, I had been so sure I was alone in that struggle. But now, people from my past turn up looking for support all the time. It might be an email from someone I went to high school with, a call from an old co-worker, or a request to get lunch with a friend of a friend; people know what I’ve been through, because I’ve been so public about it, and so they think to reach out to me when they find they may have trouble conceiving themselves.

I lost so much in those years spent battling my own failing fertility: my dignity, my self-worth, my mid- to late-20’s (which I had been so sure would be spent traveling and falling in love).

But in the end, I gained far more than I lost — my daughter, and a sisterhood I am proud to be a part of.

I’m no longer sure that everything happens for a reason. But I do believe that good can always come from bad.

And to me, the sisterhood of infertility will always be proof of that.

"My Infertility Struggle Opened Me Up to a Sisterhood I Never Knew Existed" by Leah Campbell originally appeared on Babble.com.

A Thank You Letter to Labor and Delivery Nurses Everywhere

What If I Never Have Children?

If you like this article, please share it! Your clicks keep us alive!
Tags
infertility
ivf
sisterhood
endometriosis