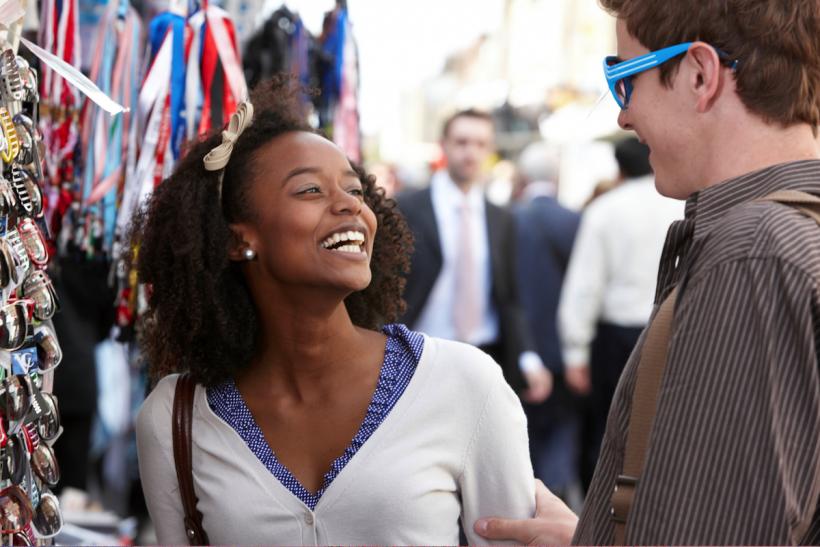 You can’t force, manipulate, or sneak your way into a romantic relationship. Image: Thinkstock.

It’s OK to be disappointed and upset when you’re rejected, but it isn’t OK to demonize those who reject you.

First of all, my bad.

I know there are very few instances where someone will be held accountable for something they did at 16, but even after nine years, I still feel like kind of a dick about it. Besides, I feel like women in these situations rarely get an actual apology.

So, let’s take a moment to really talk about how and why this happened, for the people who may not understand why this is such a big issue.

I was an incredibly awkward teenager. This isn’t surprising, as most teenagers are awkward beyond belief — it’s generally a pretty awkward time in your life. It didn’t help that I was also nearly 500 pounds, filled with self-loathing, and dealing with severe social anxiety. Self-deprecating jokes are charming for about five minutes before they get sad and kind of uncomfortable, but no one ever let me know that.

Needless to say, my personality at that time was hardly conducive to the establishment of healthy and meaningful relationships.

My sense of self-worth was deeply rooted in the approval of others, and a childhood of pop culture (thanks, Ross from Friends) had taught me that there’s nothing more validating than being loved by the pretty, popular girl — even if she sees you as a friend the whole time.

This is where you come in, women I've accused of friend-zoning.

The process was subconscious and fairly simple: I'd use my seemingly nonthreatening character and lack of self-esteem to befriend a girl I saw as “way out of my league,” become “a shoulder for her to cry on” while she dated guys I deemed “assholes,” eventually spill my guts when my feelings were “just too strong to contain anymore,” label her a “shallow bitch” for “friend-zoning” me when we were “obviously perfect for each other,” claim that I'd been “such a nice guy,” move onto the next girl, and repeat.

There were a lot of ironic quotations in that last paragraph. That’s because there isn’t a single part of that process that isn’t total bullshit.

Since accusing you of friendzoning me, I've learned that befriending someone and becoming their confidant while secretly yearning to get in their pants isn’t just fucking creepy, it’s manipulative.

I've sorry for doing that to you.

You opened up to and trusted me because I was patient, sensitive, and seemed to have your best interests in mind.

In reality, I wanted to sleep with you, and figured becoming close with you under the guise of it being platonic would allow me to get to know you better without the risk of rejection.

Another thing: The guys you were dating weren’t assholes. I didn’t even know them — they just weren’t me, and that was enough.

I can’t tell you how many nights I spent on the phone with a woman “friend” crying into my ear, telling her that her boyfriend was just a dick who didn’t deserve her.

But it was really none of my business.

Also, I finally understand that it isn’t shallow for someone to not want to date me because they aren’t attracted to me.

In fact, that’s kind of how attraction works!

Though it’s by no means the defining part of a relationship, it’s a very important aspect of it. When I was 16, I put basically no effort into taking care of myself — it's not surprising that nobody returned my “feelings”!

It’s OK to be disappointed and upset when you’re rejected, but it isn’t OK to demonize those who reject you. You can’t help who you’re attracted to, and that doesn't make you shallow.

Shallow would be, I don’t know, insisting you and someone else were meant to be together just because you think they’re hot? (*cough* what I did *cough*)

Similarly, my insistence that we were “obviously perfect for each other?”

Come the fuck on past me, you're not clueless! I had nothing in common with the girls I pursued.

Which meant that my frequent claim that I was “such a nice guy” was problematic on at least two levels.

First off, I wasn’t really a nice guy — the moment that I knew you weren’t interested in me, I told you were being bitches, wrote you off completely, threw away your friendship, and moved onto the next girl.

You were human beings who’d opened up to me about struggles you’d been through, and I just left without caring.

Besides, even if I had been a nice guy, that doesn’t mean shit. Being a nice guy didn't entitle me to anything — not your love, not even your attention. It’s a more extreme version of the guy who thinks buying a girl a drink means she has to hang out with him all night. I didn’t deserve a medal for being a decent human being, let alone for being a jerk working under the thinly-veiled guise of being a nice person.

I understand that this is all a part of the learning process.

We were all kind of dicks when we were teenagers, and perspective comes with time and distance from the situation. This was a part of my life that still creeps into my thoughts on occasion, especially at night, when I'm trying to fall asleep.

Both are meaningful, both involve a certain level of intimacy, and are valuable parts of the human experience. Being a friend isn’t a consolation prize for not being able to date someone: It’s an honor in its own right.

So to the women I accused of friend-zoning me: I’m sorry.

You did nothing more than put your trust in someone who you thought cared for you, and I let my hormones convince me to throw away friendships in the pursuit of “getting some.”

I just hope that that experience didn’t sour your ability to confide in people.

I write this with the hope that other dudes like me will recognize and own up to this behavior, realize that the friend-zone isn’t really a thing, and just be honest about their feelings.