To The People From My Past Who Still (Intentionally) Misgender Me 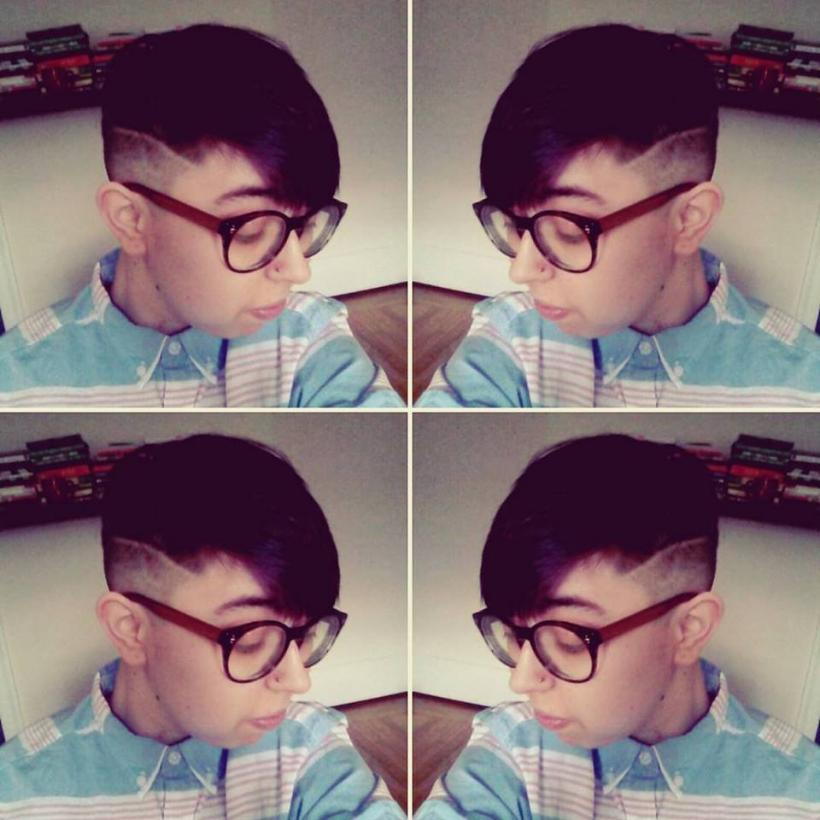 I don't look quite the same (testosterone is one hell of a hormone) but I look pretty dang cute.

You’re saying to everyone you cross paths with that you, nor anyone else, is obligated to respect the identities of transgender people.

News flash: The grapevine does, in fact, grow in California.

My friends do know how to pick up the telephone after their chance encounters with you. And in case you didn’t think this was possible, what you said at the reunion, the bar, or the house party did actually make its way back to me.

Maybe we were in the school orchestra together, sharing sheet music and laughs in the practice room. Maybe we had chemistry class together and I copied your homework or you copied mine (I really hope you didn’t copy mine — it was not my strongest subject). Maybe we made out beneath the bleachers or in the back seat of your van.

I’m not sure that it’s relevant now. That was six, seven, eight years ago. A lot can change in that amount of time.

Like, for instance, a person might come to terms with who they are. They might realize after years of dodging the truth, suppressing their desires, and avoiding the inevitable, they couldn’t run from who they are anymore.

Our mutual friends have told you. I may have even told you years ago when I first came out. You’ve probably looked me up before; I’m not difficult to find. This is not new. This is probably not even surprising.

But let me remind you here and now: Hey, hi, hello. My name is Sam Dylan Finch, Sam for short. I am a queer, non-binary trans guy. My pronouns are he/him.

It doesn’t really matter who I was when we knew each other. It doesn’t matter how I dressed, the pronouns I used, or the name I went by. If you’re talking about me, past or present, you should use my name and my pronouns — as in, “Sam? He’s an asshole/he’s great” (hopefully the latter, but I won’t hold my breath).

But it’s not really just about me. If it were, I wouldn’t be so angry.

I don’t know who you are now (I won’t claim to — a lot can change after this many years), but I’d like to think that anyone I shared a part of my past with does not want to be the kind of person that intentionally harms a community of people. I’d like to think that the people I used to associate with wouldn’t use someone’s gender as a way to target them or hurt them. I’d like to think I wouldn’t have let you into my life if you weren’t a decent person.

If you are doing this on purpose — because you believe that my being transgender is just another juicy piece of gossip or a great way to hurt me — I’d suggest that you have some deeper reflection to do.

Because your transphobia doesn’t say anything truthful about me. It just says a hell of a lot about you.

If you like this article, please share it! Your clicks keep us alive!
Tags
Sam Dylan Finch
transphobia
Transgender
trans men
genderqueer