Pregnancy Made Me More  Pro-Choice 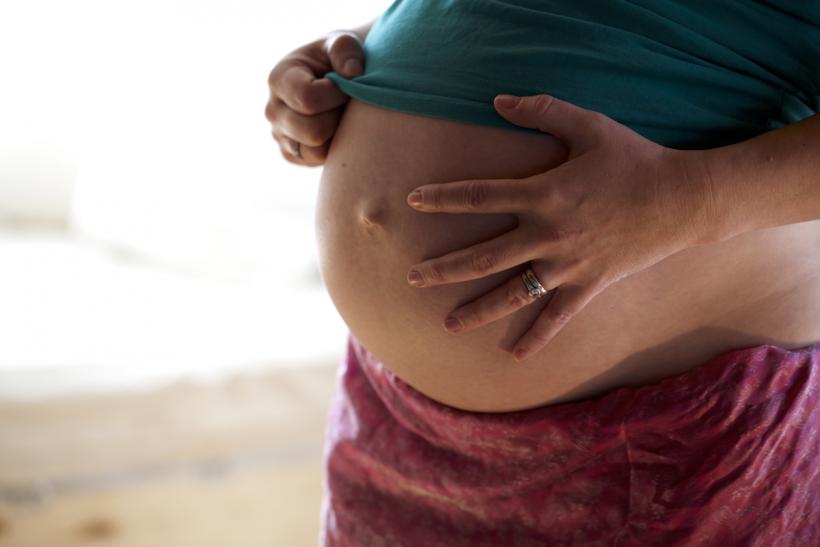 It only reinforced and strengthened my belief that women and other people who can become pregnant have a fundamental right to decide what happens to their body.

A wanted pregnancy is challenging enough — how awful must it be to go through one that's  unwanted?​

I have considered myself pro-choice for pretty much all of my adult life, but that doesn't mean I was never squicked out by the idea of abortion.

In my younger days, I felt incredibly uncomfortable about the idea that anyone that I knew might choose to end a pregnancy. For years, I believed that abortions should be “safe, legal, and rare.” It's a common stance, and one that many feminists believe totally misses the point. I was aware of the arguments, yet I still felt that way.

Then I got pregnant.

It was a planned (and very much wanted) pregnancy. It was something I had been waiting for and dreaming about for years. Because I’m gay and married to another person with a uterus, I had to go out of my way to make it happen.

While my partner and I were trying to get pregnant, I wondered vaguely if pregnancy would make me less pro-choice in my beliefs. Would it shake me? I knew people, mothers mostly, who were “pro-life” and they all cited their own experiences having children as being the reason.

Maybe I would love my baby instantly, and suddenly feel horrified by abortion.

Then, after two short months of trying, I peed on a digital pregnancy test. I tried not to get my hopes up.

But there it was, in clear letters: pregnant.

I did love the fetus inside of me, pretty much immediately. However, contrary to my suspicions, the experience of gestating and birthing a child did not make me any less pro-choice.

Instead, it only reinforced and strengthened my belief that women and other people who can become pregnant have a fundamental right to decide what happens to their body.

My previous ambivalence about reproductive rights evaporated. I am now angrily and passionately pro-choice.

Let me try to explain.

Even an “easy, simple” pregnancy can be extremely trying. My own certainly wasn't easy, and was simple only in that it was simply horrible. I was so sick I could barely function. Every time I thought the worst was over, it would somehow become even more awful.

I loved the fact that I was pregnant, but I didn't love being pregnant. Pregnancy completely takes over your body, leaving you with no control whatsoever. And when it's bad, it's really bad. One day, after puking my guts out violently in our bed, I turned to my partner and almost shouted, “No one should have to go through this who doesn't 100% want to. I don't give a fuck what their reasons are!”

Something had clicked in my head. Suddenly I didn't give a shit when life began or whether or not a fetus counts as a “baby.” I was overwhelmed by the new-found knowledge that pregnancy is unfairly invasive in every single way.

If you believe in bodily autonomy and consent, folks should get to consent (or not) to the process of gestation. Full stop. No caveats.

It's a radical notion that shouldn't be radical at all. It is wrong to force someone to stay pregnant against their will.

And after walking through the hell of gestation, with nothing but the love of my child to carry me through it, I find myself horrified by the implications of anti-choice rhetoric. A wanted pregnancy is challenging enough — how awful must it be to go through one that's unwanted?

Simply put: Pregnancy is hard work, and it’s not work that everyone is — or should be — up to.

I muddled my way through my pregnancy, but it was hard in a way that I cannot even describe. Each morning I awoke hoping that today would be different somehow, and that I wouldn’t totally hate being in my body. But each day was the same.

The only thing that kept me going at all, the one thing that gave me a tiny sliver of hope, was knowing that my child was growing and healthy and that, very soon, I would be a mother. To have to face down all of that while not wanting something growing inside you at all? That is a cruelty I cannot even imagine.

These days, I have a beautiful baby in whom I delight every single day. Watching him grow and learn is a greater joy than I could have ever imagined, and I’m so glad that I did what I had to do to get this amazing little person into my life.

These days, I’m also pro-choice without any caveats about how rare I think abortions should be. If you find yourself with an unwanted pregnancy, and you need to terminate it, for any reason?

I’m on your side.

And I’m sorry it took me so long to come around.