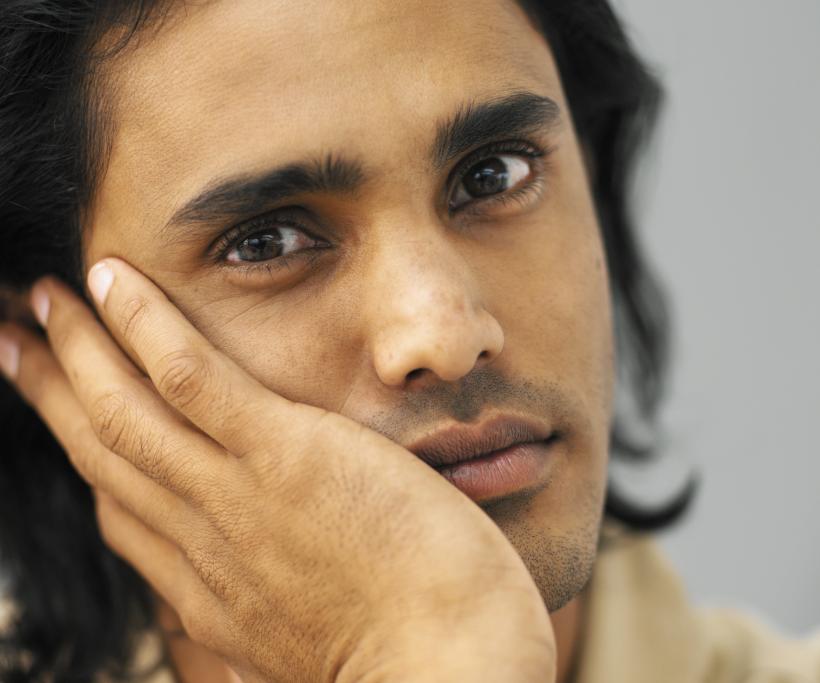 "Our mental illnesses are not a substitute for your bland personality, nor are they buzzwords you can use because they sound more interesting than saying you’re a 'neat freak.'" Image: Thinkstock

It happened again last night, around 10 PM. Sometimes there’s an inciting incident, but more often than not it comes for no clear reason at all.

I’ve been living with Bipolar II for about three years now (at least, that’s as long as I’ve known), and at this point I can recognize the signs from a mile away. Everything is starting to feel… slower. It’s like there’s static from an old television in the back of my head, and it’s getting louder.

I’m about to be in the midst of a depressive episode.

At times like these, I’ve learned to take a step back from social media. While I do ultimately believe social media is a force for good, a means through which we can connect to, learn more about, and inform one another, there’s a real problem with how mental illness is portrayed there.

Between blogs dedicated to black-and-white photos overlaid with quotes about “wondering if anyone would care if you killed yourself” (they would; don’t do it) to Facebook statuses where people I sort of know tell me how “bipolar”/“OCD”/“depressed” they are, mental illness is often talked about like it’s a personality quirk or used as a descriptor to add drama to how they’re feeling.

People describe someone as “so bipolar” when they’re describing brash or unacceptable behavior or claim they’re “so OCD” because they like to have their room clean.

Our mental illnesses are not a substitute for your bland personality, nor are they buzzwords you can use because they sound more interesting than saying you’re a “neat freak.” They’re debilitating struggles to live with, and claiming you have one in order to seem more “quirky” is like claiming you’re a serial killer because you didn’t have enough extra curricular activities on your resumé — it’s the worst way to do the thing you’re trying to accomplish.

The way we portray mental illness, be it in our media or how we discuss it, has a very real effect on the treatment of those living with it: both internally and from those around them.

On teen dramas like Degrassi, the kid with bipolar disorder was among the scariest characters, prone to sudden violent outbursts and fits of anger that left rooms destroyed and scared those in his life. When I heard those around me talk about being “bipolar,” it was typically used to refer to someone who lashed out unexpectedly and acted uncharacteristically.

There’s nothing romantic about mental illness. It’s not charming and interesting, it’s visceral and painful. It cuts into every important aspect of your life and tries to rip them from you by planting seeds of doubt in the back of your mind.

The way bipolar disorder is treated among those who don’t live with mental illness (*cough* neurotypicals *cough*) paints a picture of how we approach those who actually have it. Even after learning that my mental illness didn’t automatically mean I’d be some sort of angst-ridden land mine of emotion waiting to be set off, I was still nervous about it.

Telling people who use “bipolar” as a synonym for “out of control and violent” that you have bipolar disorder is an intimidating thing.

And it will continue to be that way as long as we continue to throw around terms related to mental illness in a careless and casual way, whether we're romanticizing or denigrating the illness in question.

Because here’s the truth: there’s nothing romantic about mental illness. It’s not charming and interesting, it’s visceral and painful. It cuts into every important aspect of your life and tries to rip them from you by planting seeds of doubt in the back of your mind.

It whispers “you don’t deserve to be cared for” into your ear when you’re finally starting to have a good time out with your friends, poisoning the moment where you really thought you could just enjoy being you.

A depressive episode isn’t Lana Del Rey songs and cigarette smoke; it’s a cacophony of noise that gets louder and louder until it refuses to be ignored any longer and overtakes your senses.

It isn’t vague Facebook statuses about “not being okay,” it’s distancing yourself from those around you until you fade into the background because you’re afraid of what you might do.

A depressive episode isn’t a world of black and white. Not exactly, anyway. Instead, it feels more like a world where the color saturation levels have been turned down halfway. The colors are still very much there, but they look less vibrant than they did before. Music sounds the same, but it doesn’t carry the same weight it usually does. Food doesn’t taste as good.

You can still move and function, but everything feels heavier and slower, and in a way, that’s worse. When you’re in a world of black and white, you can forget the colors were ever really there — but when you’re in a depressive episode, you still know the colors are there.

You just can’t see them how they’re meant to be seen.

There will never be anything romantic or charming about mental illness. When you refer to yourself as “OCD” to sound quirky, you trivialize the struggles those who live with that struggle every day. When you refer to someone acting wildly as “bipolar,” that is wildly dismissive of the thoughts and feelings of people with bipolar.

If you want to seem quirky, buy a parrot or learn to ride a unicycle or something. At least then it’s only you that looks worse as a result.