On Success And Impostor Syndrome 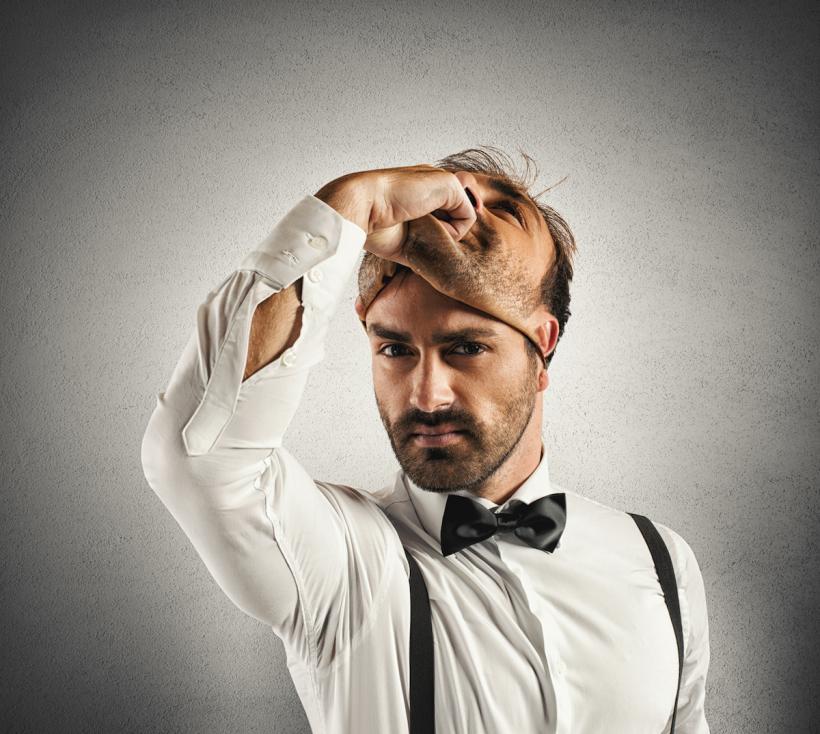 Impostor syndrome is a dangerous thing because it masks itself as humility. Image: Thinkstock.

It can be difficult to validate yourself and your work without feeling like you’re just giving yourself a pat on the back.

Writing about “success” is difficult.

Success is an ever-growing and changing thing. Sometimes, we make goals based on our personal definitions of it — only to find that when we achieve those goals, our definitions are different. As we become wiser and more experienced, it’s only natural that the things toward which we aspire take shape and change.

It’s also hard to write about success because you always kind of sound like an asshole.

I wouldn’t consider myself a “success” by any definition of the word. I’m 23 years old and I’m not 100 percent sure how to ride a bike.

However, I have experienced a sudden and surprising burst of attention from a lot of people — and with that, unfortunately, comes impostor syndrome.

Man, nothing’s ever just easy, is it?

First coined in the 1970s, impostor syndrome is described as “high-achieving individuals marked by an inability to internalize their accomplishments and a persistent fear of being exposed as a ‘fraud.’”

Impostor syndrome is a disconnect in your mind between how everyone sees you and how you see yourself. It can be more dangerous than it seems.

It’s basically a subconscious version of every movie’s jealous villain character who wants to expose our hero as the liar they truly are.

It started a little over a year ago for me. I’ve detailed in previous articles about my experience going viral, and how the sudden flood of attention and support from the body positive community rattled my self-confidence. It was a strange time in my life, but stranger still was the following that grew in the months after, as well as the sneaking suspicion that I didn’t deserve to be there.

There currently aren’t many men in the body positive movement, I gained a lot of traction very quickly.

During that time, this feeling began to creep up in the back of my mind. Over the preceding months, it grew into a fog that clouded my thoughts, a looming presence that bled into everything I did.

It always whispered the same thing:

You realize you’re only here because of pure luck, right? These people don’t respect or admire you, they followed you because they pity you.

We tell ourselves that we aren’t good enough, because in the constant journey to better ourselves, there’s always more we can do.

Now, obviously, this isn’t true. Luck is a factor in most people’s achievements (to an extent); nobody maintains a following out of pity except the guy who played Screech on Saved By the Bell.

The thing amount mental health issues, though, is that regardless of how obviously wrong or over-exaggerated your concerns are, they never feel that way when you’re in the moment.

Those feelings, ridiculous as they may seem, started to seep into my work. I became more and more self-conscious that I had just gotten lucky, and I started to doubt both the value of my writing and my contributions to the body positive movement as a whole.

I became very concerned that the attention I’d gotten was the result of being a gimmick. So, in a lot of my posts on social media, I found myself refusing to voice my opinions in favor of catering to the lowest common denominator. I was worried about falling out of public favor — like I hadn’t “earned my keep.”

In time, I learned to recognize the value in my work, but not before the feeling of my success being unearned caused me to nearly leave this work behind altogether.

Impostor syndrome is a dangerous thing because it masks itself as humility.

As soon as you begin to have any degree of success with your life’s work, the immediate concern of those around you is to keep it from going to your head — as though a few achievements were all that stood between you and an inflated ego.

Because of this, it can be difficult to validate yourself and your work without feeling like you’re just giving yourself a pat on the back. This is why, as with most mental health issues, communication is such an important part of treatment.

We are all alone inside of our minds. We rely on communication, on sharing our thoughts and feelings, to build a bridge between those minds. Opening up to others allows us to realize that the human experience isn’t something we need to endure on our own, even if it feels that way.

That’s why it’s easy to feel alone, even in a crowded room.

Talking to those in your life about how you don’t feel like you deserve your achievements will make your problems seem less intimidating, and more often than not, those people will validate the fact that you’ve actually worked really hard for what you have.

Our achievements are rarely ever handed to us. “Achieve” is literally, like, in the word. We’re just so used to growth and accomplishments in our lives being a slow burn, that when something big and positive happens quickly, it can be hard for us to adjust.

We tell ourselves that we aren’t good enough, because in the constant journey to better ourselves, there’s always more we can do.

Sometimes, though, you need to just take a moment to look at where you came from and where you are. Stop becoming for five minutes and allow yourself to just be.

Exist for a second, allow yourself to be proud of what you’ve accomplished — regardless of how much more you have to do — and you’ll find yourself motivated to work even harder.

You deserve a world of beautiful experiences, and I have no doubt that you’ll have them. There’s a life full of wonderful moments waiting to be lived, and all you have to do is go after them.