Take The Cake: Ugliness Is A Myth 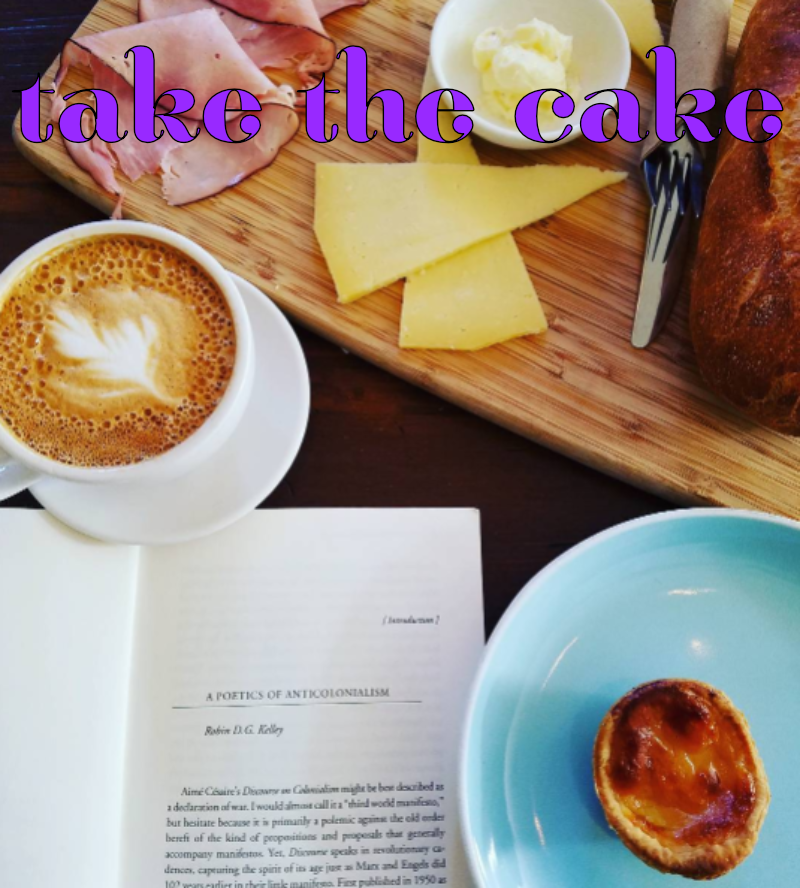 Via @virgietovar on Instagram: "Thursday, you will not kick my ass."

I was introduced to the concept of ugliness when I was five years old.

The introduction came in a sort of roundabout way. I was rarely called “ugly,” but starting in kindergarten I was called “fat” almost every day of my life. In fact, in the days when I was still dieting and actually nearly starving myself, I remember once a stranger called me “ugly,” and I felt this incredible sense of pride. Like I had finally lost enough weight that another woman was going straight for my feminine desirability, rather than attempting to undercut my humanity through reminding me of my body size.

I soon learned that “fat” was a tiny word with enormous scope — it was the single thing that mattered about me.

It was, for almost all intents and purposes, the totality of who I was. Fat was me. I was fat. I was taught that fat is the opposite of everything that is feminine, moral, and beautiful. Just like ugliness.

My education in my own ugliness came primarily at the hands of boys my age, who became the arbiters of my worth because they were the gatekeepers of my emotional safety. My life was dictated by the presence or absence of their hurtful words and aggressive behavior. Every day I was completely at their mercy.

Paradoxically, I didn’t fight back because I thought their behavior was my fault.

I was convinced that I could control their behavior because I could make it all better if I just tried harder to be their idea of beautiful. So, I lived under the false illusion that I could make them stop if I adhered to what their taunting was attempting to teach me.

I remembered the way my round, jiggly body was a source of curiosity and delight. I remembered my ability to be dazzled by everyone and everything — people were like trees and flowers, not objects to be assessed but wondrous forces to be discovered.

What they were attempting to teach me were the lessons that many girls and women have to live with:

•    Men and boys are allowed to launch campaigns of emotional control under the guise of normal masculine development.

•    Women and girls receive an unsolicited education in compliance with social expectations of desirability.

•    Men and boys use systems of sexual and emotional approval and disapproval to confirm masculine superiority and ideologies of control — offering sexual and romantic attention to women and girls whose bodies conform to social standards of beauty while socially isolating or being cruel to women and girls whose bodies do not. Though seemingly different, both behaviors are based in dehumanization.

•    These behaviors create an intense sense of dependency on masculine approval — gauged exclusively through sexual and romantic interest. This leads to the low self-worth that facilitates things like disordered eating and rape culture.

I finally left that group of boys behind when I graduated from high school. Though, the education they gave me would remain to this day.

At the age of 20, I kind of accidentally met a bunch of feminists who radically subverted my ideas about what and who is beautiful. Whenever we saw each other out and about, we would hug one another and say “Hey, beautiful.” They gave me permission to look however I wanted, to wear whatever I wanted, to refuse shame and to question my education in inferiority. They paved the path out of my past.

Years later, as those feminist lessons germinated, I stopped dieting, and I began to recall the time before I was taught that I was ugly, fat, and wrong.

The memories of freedom came flooding back in a beautiful and painful torrent. I remembered the complete lack of self-consciousness I possessed in very early childhood and my ability to seamlessly move from desire to action. I remembered the way my round, jiggly body was a source of curiosity and delight. I remembered my ability to be dazzled by everyone and everything — people were like trees and flowers, not objects to be assessed but wondrous forces to be discovered.

I don’t know if I can find my way back to that place. It often feels like I am trying to build a house from the ground up using only a hazy memory as a blueprint.

Even though I still live in the awful world that made my traumatic childhood possible, I know for certain that ugliness isn’t a physical reality, it is a cultural fabrication.

I truly believe that we are born with the capacity to see beauty in all things, and it is through the dispiriting reality of our cultural education that we lose that ability. It is hacked away at, until we are viewing the world through a metaphorical peephole, only able to see the tiny sliver of a masterpiece.

And I realize that beauty is not something women earn. It is something that people are.

If you like this article, please share it! Your clicks keep us alive!
Tags
take the cake
Virgie Tovar
fatphobia
fat positive
body positivity