Take The Cake: Don't Let Anyone Make You Feel Ashamed Of Your Body 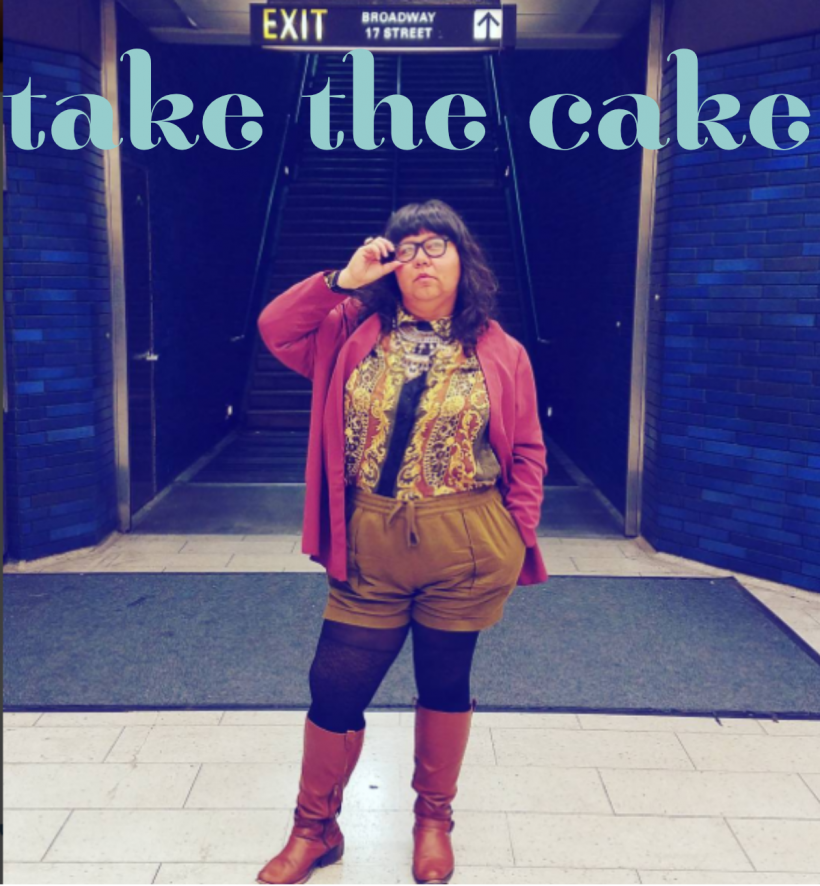 "When I think of the ways that fat people are treated as a group, I don’t know how the descriptors “hatred” and “intolerance” cannot be used to describe the behaviors that fat people deal with on a daily basis."

One of the things that has become exceedingly obvious to me is how our current cultural attitudes toward fat people are steeped in bigotry.

Yes, fat-negative attitudes are at their core about bigotry.

No, not health concerns.

No, not worries about fat people reaching the age of 93.

Bigotry is characterized by double standards, like the way that two people can perform identical behaviors or wear identical clothing and be treated or seen differently. (See: sweatpants.)

Bigotry also manifests in coded — hidden or not overtly articulated — ways, depending on where you live. If you live in an affluent part of the country, chances are that voicing overtly bigoted views is considered déclassé.

Though the language of health, beauty, and morality are used almost frequently in conversations about weight and body size, it’s important to recognize that language and meaning have never been more divorced at any point in history than they are right now. It takes effort to understand that sometimes what we’re talking about isn’t actually, for real what we’re talking about.

I’ve entirely stopped riding the train during certain hours because my 250-pound body elicits so much vitriol from people who I imagine are otherwise considered “respectable,” even liberal people. This is not about shame. This is about doing the sad calculus of a person who is marginalized, and recognizing that this decision is about making my life a little bit easier — for me.

I looked up the word bigot, and it’s defined as one who regards or treats the members of a group with hatred and intolerance. When I think of the ways that fat people are treated as a group, I don’t know how the descriptors “hatred” and “intolerance” cannot be used to describe the behaviors that fat people deal with on a daily basis.

Many of the behaviors are overt and take the form of interpersonal aggression, like name-calling and being made into the butt of jokes in mass media. Many more behaviors are covert, however, expressed through the dozens of ways that fat people get slighted in our culture — everything from not being treated seriously as a potential romantic partner or even friend, to the ways that fat people get systematically excluded from meaningful representations of success or positions of leadership.

Today, I was thinking about the experiences I’ve had at the hands of complete strangers in San Francisco. As I’ve mentioned earlier, I’ve entirely stopped riding the train during certain hours because my 250-pound body elicits so much vitriol from people who I imagine are otherwise considered “respectable,” even liberal people. This is not about shame. This is about doing the sad calculus of a person who is marginalized, and recognizing that this decision is about making my life a little bit easier — for me.

What I’ve been trying harder and harder to incorporate into my practice is the refusal to accept the shame they want to foist onto me. Because the truth is that their bigoted attitudes are just that — theirs. If anyone should feel shame about something, certainly it should be people who have summarily dismissed and dehumanized me because of what my body looks like.

It is more than a little crazy-making that I not only have been unfairly taught that there is something wrong with fat people — that our fatness is a manifestation of pathology or unresolved psychic problems — but that I am still expected to live as if I believe this to be true about myself, always apologizing and taking up as little physical and emotional real estate as possible. That’s the ironic part.

That the bigger your body is, the less space you are allowed to take up in the public domain.

But, as Sonya Renee Taylor says, my body is not an apology. Just because fatphobia is the social opinion de jour doesn’t mean I have to accept it. This week I have been practicing refusing to let anyone make me feel ashamed of my body. What that looks like is detachment, fighting against my cultural education in codependency as both a woman and a fat person.

It also looks like imagining bigotry as kind of a sad little gross package that people want to give to me and that I refuse to extend my hands to accept. That’s your nasty pressie. I mentally imagine telling them, “You keep it since it’s yours, not mine.”

It’s not my responsibility to hold their anxieties about me, and it’s not my job to accept their expectation of shame.

Refusing to feel shame as a fat woman is a pretty radical act. I highly recommend it.

If you like this article, please share it! Your clicks keep us alive!
Tags
take the cake
fatphobia
fat negative attitudes
fat positive
Virgie Tovar