Ask Erin: A Man Asks "Was This Domestic Violence?" 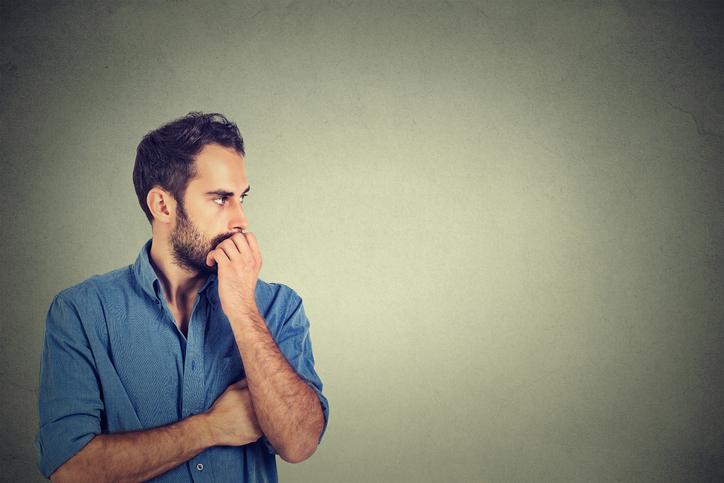 No one want to admit to victimization.

I am probably older than the people you are used to dealing with, but here goes.

My ex-partner and I split while she was pregnant with our son. A couple of days after we found out he was on the way, she became very volatile, throwing things at me, constantly violent, non-stop.

We got back together after our son was born. She also has two girls from a previous relationship. In my opinion, she treats her eldest really badly. I have seen them punch each other during arguments. My ex complained that her daughter should respect her, but my idea was always to show and model respect first for our children.

She also had a habit of putting all three kids in the middle of our arguments. She would call them into the room and tell them what the argument was about. Last May, she attacked me in front of them, tearing my jeans. Then she physically hurt my son by forcing him into my hands. She did this so I would take my hands out of my pockets, and she could get my belongings like car keys and phone.

Her daughter had become suicidal and was putting a rope around her neck. My ex told me, “Don’t let her intimidate you.” I kept thinking, let’s get this girl safe first. I didn't think she was trying to intimidate us by being suicidal.

I have felt somewhat terrorized by my ex’s actions. She has confiscated my phone at times, hiding it. She has also repeatedly done this to both of her daughters for no reason. She has thrown me out of the house numerous times, getting physical in doing so. My son has seen her physically fight with her daughter numerous times. Since ending things with her, I feel safe, but I feel like I abandoned my little boy and his sisters.

She is seeing someone new already, leaving her suicidal daughter to babysit the other two.

I am having nightmares about her behavior, but in a weird way I miss her.

Was this domestic violence?

In short, yes, this was domestic violence. It 's hard to confront what goes on inside an abusive relationship, and it seems that men have an even harder time facing this. No one likes to admit or feel that they were a victim.

It sounds like it was a supremely unhealthy relationship and situation. It is good that you have extricated yourself. Don’t go back.

However, what about the kids?

While you may not have any legal recourse regarding her daughters, you certainly do with your son. Do not leave your child behind in a situation that is toxic, abusive, and potentially dangerous.

The first thing you need to do is seek legal counsel. I would petition family court for custody as soon as possible. I would also request the advice of an attorney as to what can be done to protect her other children. They could benefit from some sort of therapeutic intervention, at the very least.

From what you described, the children are not safe in that environment and may have mental health issues that need to be addressed (i.e., the suicidal daughter).

Now, I also encourage you to seek some counseling yourself. You have come out of an incredibly toxic situation, and you need to process what you’ve been through and your issues, to ensure you don’t repeat this sort of pattern in your next relationship. You said, “In a weird way I miss her.” Don’t let those feelings lure you back into justifying or normalizing the abuse.

Do this for yourself and your son.

Please, contact a lawyer or a legal aid service TODAY and get that ball rolling. You will always regret it if you don’t. Good luck and stay focused on what you need to do to take care of yourself and the kids.

If you have a question for me about relationships, breakups, boundaries, abuse, The Level, Obsidian Stone, or anything at all, use the contact form below or email me at rarelywrongerin@gmail.com. As always, your anonymity is golden. xoxo