ICYMI: All The Fresh Hell Raised By The Trump Administration Over The Weekend 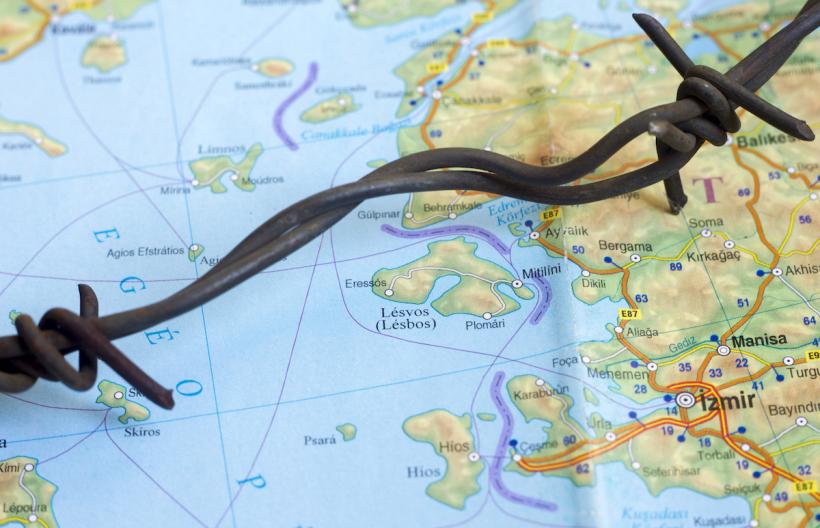 Welcome to week two of the cavalcade of WTF known as the Trump administration.

This past weekend was a whirlwind of action and reaction from the administration and the American public. It all started Friday when the White House issued an executive action temporarily limiting immigration from certain Muslim-majority countries, and restricting refugees from Syria in particular. When asked if this was the first step in banning Muslims from coming to the US, the President said it wasn’t, but that we would will be giving precedence to Christians from those countries because they’re a religious minority.

Mmmm-hmmm. Not a Muslim ban, but some non-Muslims will get to the top of the list faster? Uh-huh. Make of that what you will, folks, but it sure sounds like an unconstitutional religious test to me.

Foreign policy analysts took a look at the list of countries included in the order and noted two interesting things. First, there have been no fatal attacks on US soil by anyone from those countries. Second, the ban doesn’t include any countries where the Trump Organization has business interests.

So, the White House is trying to solve a problem that doesn’t exist without harming Trump's businesses. Ok then.

All of this would have been simply another Trump action that made the opposition grumble over their news apps until Saturday morning. That’s when reports started coming from US airports that people who had been flying to the US from the named nations when the order took effect were being detained and not allowed re-entry into the country. Were these people terrorists? Criminals? Nickleback fans?

No. They were people with legal standing to be in the US traveling abroad for personal reasons. Some of them were Iraqi nationals who had worked as translators for the US. Others were students at US universities. In one case, a five-year-old child with dual citizenship in the US and Iran, who had been traveling with a relative, was held at Dulles Airport for four hours while his frantic mother begged to be allowed to see him. He was held despite the Senator from his state intervening in advance to prevent this action.

Angry yet? Yeah, a lot of people were angry. By late Saturday night, spontaneous rallies in support of the detainees had formed at airports across the country. The ACLU send a squadron of lawyers out to file suit on behalf of the detainees. A federal judge in New York ordered a temporary stay on the order and some of the detainees were released.

But this is not the end of the story.

On Sunday, reports surfaced that the order had been written without input from Homeland Security, the Department of Justice, or even White House lawyers. When they were given a chance to review it after it was drafted, they told the President that the order was too vague, didn’t make allowances for people with an existing legal right to enter the US, and was likely to cause confusion in enforcement. The White House went ahead with the order anyway.

Lawmakers on both sides of the aisle started making statements in opposition to the order, saying it was poorly conceived and even more poorly executed. More suits were filed by immigration advocates and more stays on the order were issued by judges. Meanwhile, the White House doubled down and told Customs and Border Control to continue enforcement, despite the court orders to desist.

As this was all going on, people by the thousands were demonstrating at airports and in the streets of cities all over the country. I, personally, joined thousands of my closest friends for a rally in front of the White House yesterday. Another such rally is planned for today. The protests at airports are on-going, as well.

Oh! Did I mention that both Iran and Iraq have retaliated by threatening to refuse to issue visas to US citizens attempting travel there? Yeah. That happened.

Sunday, the White House sent officials like Reince Priebus out to spin this as much as they could. Late that night, two senior White House officials speaking on condition of anonymity organized a call with reporters to talk about the order. The Washington Post reported a lot of the call verbatim and — friends, I swear to you, it sounds like they took their talking points from Reddit. There is not one cogent policy rationale in the whole thing. Here. Read it yourself and see.

This story still isn’t over. On the Today show Monday morning, Senate Minority Leader Chuck Schumer said he’ll be introducing legislation to over-turn the whole order tonight. I don’t think there’s a snowball’s chance in hell that such legislation will move in the Republican controlled Senate, but it will at least guarantee that the issue stays in people’s minds.

It’s now Monday morning and there are still airport protests going on. Twitter is loaded with pictures of lawyers working in baggage claim areas, and calls for translators to come and assist are popping up as well. Congress isn’t back from the weekend yet so they haven't had a chance to do anything, but the Administration is clearly digging in and refusing to admit they just did a big thing badly. This all feels like a big game of chicken, with the Trump train running at full speed toward the literal thousands of people vocally opposing him on this order.

Who will blink first? Stay tuned and see.

If you like this article, please share it! Your clicks keep us alive!
Tags
Trump
Politics
Muslim ban
WTF
xenophobia