'Sorry, I Don't Recognize You:' Living With Face Blindness 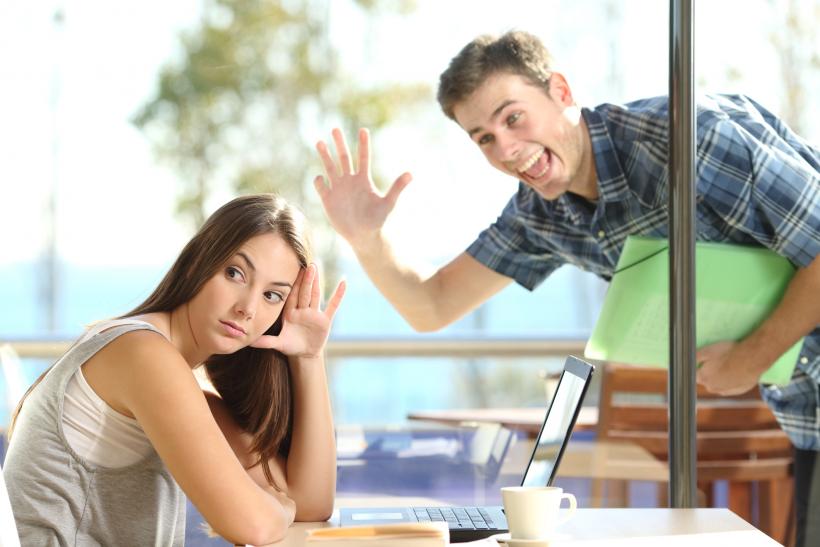 Prosopagnosia is a fancy term for facial blindness. I didn’t even know this was a thing until I saw a story about it on a news show, and I could totally relate. What a relief to hear that there really is a condition to explain why I don’t always recognize people I know, or why I think I might know someone when I don’t.

To spare myself from regular awkward moments, I have developed a few strategies to cover up my inability to know who I am talking to. For example, if I am spending time with a few people I’ve just met, I focus on what they are wearing. A more long-term strategy is relying on my ability to ask questions that won’t blow my cover until I can figure it out. If I think the person looks familiar but am not sure if we know each other, duck and cover is the easiest method.

I first discovered that I had problems with certain faces about ten years ago while watching The Departed, a movie starring Matt Damon and Leonardo DiCaprio. I became overwhelmingly confused by the film, and my husband could not understand why I was having a hard time following. My issue was that I thought Matt and Leonardo were the same person.

Although self-diagnosed, my daily struggles are enough to confirm it, although there are others who have it much worse. For example, some don’t recognize their mother or their children. Mine is not that extreme, but there are times when I fantasize about walking right past my whining or bickering kids and thinking, “Their poor mom.”

The weirdest thing that happened was when I thought I saw myself on TV. This was several years ago, and CNN was on in the background. I looked up, and there I was talking from a 26-inch television set. (Flat-screen TVs were hardly common unless you took out a second mortgage to pay for it.)

How could that be me?

Those weren’t my glasses.

I wouldn’t be caught dead in pink lipstick.

And, how was I so knowledgeable about politics?

While it’s easy to see someone else’s doppelganger, most people don’t see their own.

Lately, I’ve been using the fake-it-until-you-make-it technique a lot. If I think I know someone but can’t figure out who he or she is, my first strategy is to avoid eye contact — and then spend the rest of the day trying to determine who the hell that person was...

Over the years, I have developed a few tricks to compensate, because sometimes it just isn’t that easy to explain to others why I don’t recognize them, especially when I see them every week at the gym or it’s my daughter’s friend and she literally just had a playdate at our house.

Twice a week in spin class, I ride the same bike: back row, the second one from the door. Before we start, I often chat with the woman who takes the bike next to mine. She rides the one closest to the door. We talk enough that I know about her two kids. I know she travels frequently to Arizona, and I know that she hurt her back last year at work.

Today, someone else took her bike. I assumed she wasn’t in class. Except, she was there. But because she wasn’t in her usual spot, I didn’t recognize her when she approached me to ask if I had a good workout. It wasn’t until I noticed her Apple Watch and Fitbit that I figured it out because she is the only one I know who wears two fitness trackers.

Fortunately, we are creatures of habit, so when families attend a bi-weekly parenting group that I facilitate, I can often memorize names by where they like to sit. Even some of their babies have the same indistinguishable cherub faces. I get by with calling them generic nicknames like “cutie pie” or “little man.”

Lately, I’ve been using the fake-it-until-you-make-it technique a lot. If I think I know someone but can’t figure out who he or she is, my first strategy is to avoid eye contact (and then spend the rest of the day trying to determine who the hell that person was). If we do get involved in a conversation, I have found ways to keep our dialogue generic while actively seeking clues to help figure out how I know this person.

Recently I saw a familiar face at lunch. I was so sure that it was my mom’s friend Debbie that I had no problem approaching her to say hello. I was surprised to see Debbie at this restaurant because it was so far from her office.

“What brings you here?” I asked.

“We just finished our Hebrew class and decided to come for lunch,” she responded.

Debbie isn’t Jewish, and it would be surprising if she was, in fact, studying Hebrew.

Oh, shit. Who am I talking to? Panic sets in. After a few more minutes of uncomfortable small talk, her friend chimes in with a comment on my daughter’s singing ability. I know I looked confused and the woman I thought was Debbie explains that she told her companion about how my painfully shy daughter used to sing songs from “The Little Mermaid” in preschool.

Debbie was really Reva, my daughter’s former preschool teacher. I successfully figured it out without embarrassing myself (unless Reva reads this).

I often walk away from friendly exchanges and my kids will ask, “Who was that?”

“I have no idea,” I respond, wondering if my relationship with that person warranted more than a casual “hi.”

It seems like it should be easy to just come clean and admit my inability to recognize people. Sometimes, it is. When I hear “you look” familiar, it’s easy to admit that I am horrible with faces. But when someone is visibly happy to run into me, I cannot find a way to tactfully say “I don’t recognize you.”

It’s stressful, always trying to figure out if I know someone or, if they look familiar, who they are. Faces have always fascinated me because we all have the same features — eyes, nose, and mouth. But, there are billions of variations. Most of you see those distinctions. I, unfortunately, do not.

Slowly — and by slow, I mean like a snail — moving backward, I have become a little more open to admitting when I don’t recognize a face. And like others I know with cognitive deficits, I am proud to say I have found ways to compensate for my shortcomings. Now I just need to find a way to walk past my kids when they whine or fight and pretend they’re someone else’s problem.

If you like this article, please share it! Your clicks keep us alive!
Tags
Prosopagnosia
face blindness
socially awkward
recognizing people

7 Confessions I Will Make To My Family (Eventually)
Jennifer Lovy