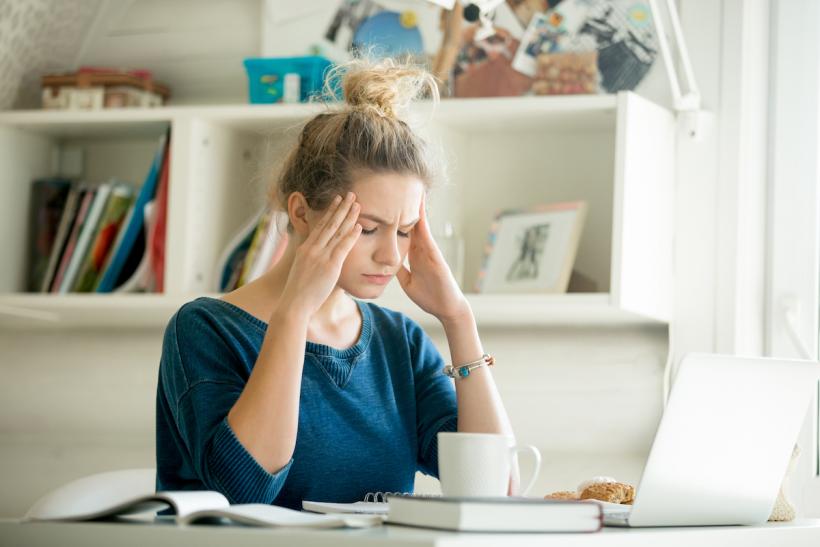 It’s overwhelming. Cry. Scream. Get some sleep. Drink some water. And then get to work.

Ask anyone, but ask my husband especially.

My husband starts every day by reading the news.

This usually happens while we are still in bed. He reads about politics and world news on Google news. While he does this, I skim The Daily Mail and Huff Po for interesting/entertaining things that I might write about. Whole Foods. Joel Osteen. Naps.

The news is sad. Shocking. Scary.

My dad adopted a “F#@k the News” campaign in 1990; I was a sophomore in high school. I don’t remember what was going on at the time, no doubt something terrible (but not as horrible as what’s going on now), but I do remember that it was all depressing. So we stopped watching it.

Instead, we watched VH1 every morning, back when VH1 was still music videos (and it just occurred to me that VH1 might not even exist anymore?).

There is no “F#@k the News” now, it’s simply too much to ignore. But starting my day skimming the top stories (which also happen to be the worst stories) leaves me feeling downright defeated.

Defeat is never a good starting point. Rather than feel terrified about the future, I’m going to start today by making a list of the scariest things going on, and what you can do to feel empowered/help/survive.

The devastation of Harvey will undoubtedly surpass that of any other disaster in American history. It’s easy to feel helpless from other parts of the country (and the world), but you don’t have to.

Give money to reputable organizations. We’ve got a great article from earlier this week, To Really Help Houston — Be Practical.

2. North Korea is launching missiles every week like they are some kind of BB gun.

And to make matters worse, France is saying that NK will be able to launch long-range missiles within months.

Putin basically said “resistance is futile,” which is SO not helpful.

And satellite images show NK with missiles at the ready for a possible September 9th launch.

FIRST, calm down. I mean, don’t actually calm down, but be informed about what our military can do.

A couple of weeks ago, in a state of panic, I asked one of my Navy friends (we live very near a Naval base) if North Korea was going to wipe out the West Coast.

(This friend also works with weapons so that’s helpful.)

He didn’t exactly say don’t worry, he just sort of said: “we got this.” My grandfather, a 28 year Navy vet who flew (and dropped bombs all over Vietnam, and ultimately was in charge of a lot of really important stuff) also sort of says: “we got this.”

I’m not saying they know everything, I’m just saying, that helps me sleep at night.

Unless you’re in the military of some form of the government, there isn’t a lot you can do. But, you CAN stay informed and you CAN look behind the shocking headlines to find out what is actually going on. Panic is definitely not helpful.

3. The KKK is emboldened and on the rise.

For sure in Florida, and probably elsewhere as well.

A report from the Anti-Defamation League estimates that there are about 3,000 Klansmen nationwide.

Sadly, the Constitution grants everyone free speech, even assholes. So you can shove a sock in their mouths.

Daryl Davis, a Black blues-musician from Chicago, decided to take them down from the inside. He became friends with them.

While protests and resistance efforts are visible and certainly useful, sometimes killing them with kindness does work.

I’ve written a lot about compassion in the past (specifically as it pertains to the election).

You can head over to Black Lives Matter. You can always donate money. But in the absence of money (or in addition to it), you can donate time.

You can also stand up, speak out, use your privilege, and read this book. The #BlackLivesMatter movement, and our voices against those who seek to oppress, are our two greatest allies in the fight against racist bullshit.

4. Trump’s nightmare of a tax plan.

We already know that Trump is a nightmare of a president, but if we don’t, he’s here to remind us with a tax plan that is designed to obliterate the middle class. (Here’s a great article from Wa Po on it.)

Point one of the “plan” — Tax relief for middle class Americans: In order to achieve the American dream, let people keep more money in their pockets and increase after-tax wages.

That is a damn lie.

Here’s a great summary of what this disaster of a plan will actually do.

And a summary (from Americans For Tax Fairness).

Bottom line: the tax plan is a carefully crafted plan based on lies.

Call your Congressperson. Do it today. If they don’t support the reform, great! Thank them. If they do (or even might), tell them that as their constituent you expect them to listen to your complaints about the tax plan. Go right ahead and tell them to vote against it. It’s their literal job.

Cops are arresting people for doing their damn jobs (and being real asses about it). They also think it’s funny to talk about how they “only shoot Black people.” So that’s great. People are guarding stores in Houston to stop looters who probably just need food.

Speak up; Speak out. Treat people with basic human kindness. Every day. As long as you have the emotional energy to do so.

And you can take care of yourself when you need to.

6. It’s 110 degrees in California in September.

In addition to being miserable, it’s scary (and not just because everything in my yard/garden is dead).

Someone told me that there is not climate change; we’re just at the end of an ice age.

Did climate change cause Harvey? Probably not. But it sure did exacerbate it.

Then calculate your carbon footprint.

Then make changes. Support companies with reputations for being warriors for the environment. Drive less. Use less water. Throw less stuff away. Shop smarter and sustainably. Go meat-free one (or two or five) days a week.

If you’ve made it this far, I know you might be a little overwhelmed. That’s okay. It’s overwhelming. Cry. Scream. Get some sleep. Drink some water.

And then get to work.

If you like this article, please share it! Your clicks keep us alive!
Tags
Harvey
North Korea
KKK
news
how to help
tax plan
Trump